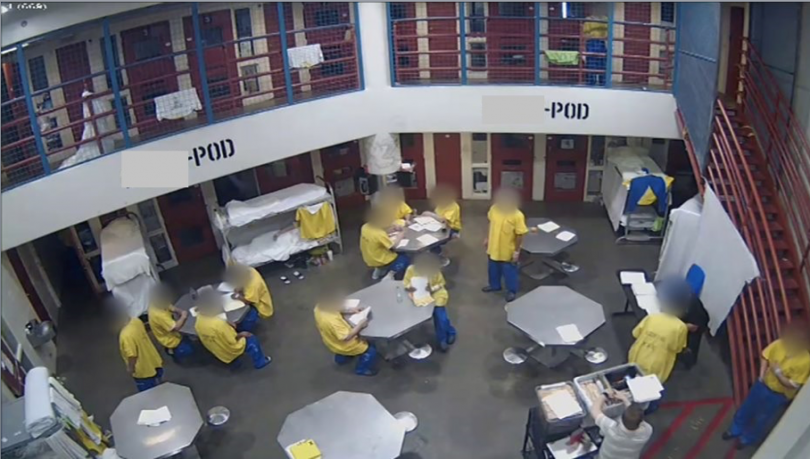 Tuesday’s LA County Board of Supervisors’ meeting is shaping up to be interesting—and possibly even combative—having to do with a new motion authored by Supervisors Hilda Solis and Sheila Kuehl.

If passed, this motion will slam on the brakes for the county’s controversial $2.2 billion jail building project, which has been in the works for nearly a decade.

According to Solis and Kuehl, the proposed pause is urgent. Otherwise, this massive project, however well-intentioned,  will find itself out of date and out of touch with important justice reforms that the nation, the state, and the county have been putting in motion over the last few years. 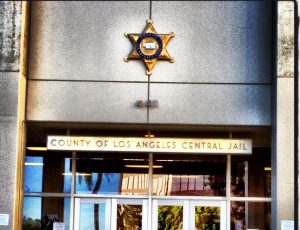 The LA County jail system is repeatedly—and correctly—referred to as the largest mental health facility in the nation. According to LA County Sheriff’s Department’s stats, as of June of last year, the inmates who struggle with mental illness make up approximately 30 percent of the county’s jail population.

The planned 3,855-bed new jail, known as the “Consolidated Correctional Treatment Facility,” or CCTF, has been advertised as a state of the art treatment facility that is specifically designed to better serve this population.  At the same time, it will replace the horrifying decrepit and dungeon-like Men’s Central Jail, which was built in 1963, and is now not a safe (or healthy) environment for either staff or inmates. 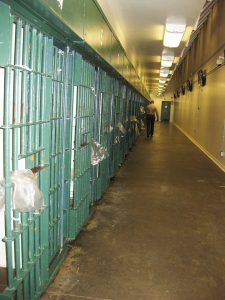 The board is scheduled to vote on Tuesday to approve CCTF’s  revised total budget of $2,179,833,000, and to also approve the needed “design-build contract” for McCarthy Building Companies, Inc., which has been deemed to be the best applicant for the job.

(Actually, the vote to approve the new budget and the contract was supposed to have taken place more than a month ago, on January 8. But it was put off until this coming Tuesday, February 12.)

Now, however,  Solis and Kuehl’s motion aims to hit the pause button in order to allow for what the two say is a necessary reimagining of the way the new facility is being approached.

“Before moving forward on a plan to build a new detention facility, even one with treatment capacity,” the two supes write,”  the board is long overdue for a targeted and comprehensive study of who the people who are in our jails, and what works to put them and their families on a path towards maintaining healthy, stable, and productive lives in their communities.”

According  to forensic mental health experts, the motion points out,  investments in new jails, even bright, shiny facilities with improved treatment components, “are unlikely to significantly improve the treatment of inmates with mental illness or reduce the prevalence of substance abuse and resistance to treatment.” Nor will those same facilities “significantly lower rates of recidivism and improve outcomes.” 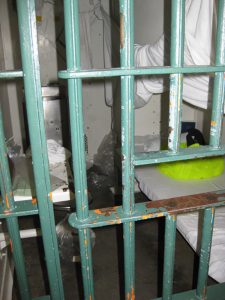 The answer, Solis and Kuehl write, is not in merely building a high-tech new jail to replace the awful, questionably-constitutional Men’s Central Jail, but rather to follow the lead of jurisdictions such as Miami-Dade County, which has become well known for its move toward “a well-resourced and well-functioning” community mental health system “that enables people with mental illnesses to exist in the community without threatening public safety, themselves, or others.”

The motion in no way suggests doing away with the jail project altogether.  It just wants to stop and take a breath in order to reexamine the way the new facility is being approached to make sure that it is not just an end in itself, but instead functions as a flexible part of a  countywide public health “harm reduction” strategy for helping LA’s mentally ill residents—namely a strategy which  includes diversion, medication assisted treatment, and overdose prevention—instead of “relying on traditional criminal justice responses.”

The need for community resources

Even though the county has taken substantial steps in the direction of diversion and treatment for its mentally ill population, it is not yet anywhere near enough. 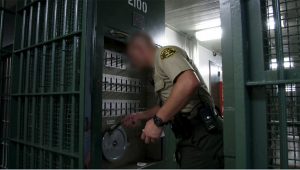 But, creating a plan to acquire the necessary resources is also an element of Solis and Kuehl’s motion.

For instance, the multi-part motion asks the LA County CEO to:

1. Look at how many mentally ill and similarly vulnerable people in the jails would be eligible for diversion.

2. Determine the nature and number of treatment facilities and programs that would be necessary, at minimum, to adequately provide a “well-resourced and well-functioning community mental health system,” like that of Miami-Dade, and other best practice models around the nation—but adapted for Los Angeles.

3. Take a look at how LA could realistically fund such as system with a combination of existing county funds, plus available state and federal funds, and various other pots of money, including the possible repurposing of $100 million in AB900 funds originally slated for a new women’s jail in Mira Loma outside of Lancaster, (a location that, as we reported last month, now appears to be firmly off the table).

Jails are not healing

Whatever way the vote goes on the Solis/Kuehl motion on Tuesday,  the facts that the motion lays out are compelling.

It is, for example,  inarguable that LA County’s jails are, by definition, ill-equipped treatment providers for mentally ill inmates when it comes to decreasing the likelihood of overdose, homelessness, or decompensation when these individuals get out jail.

And, a long list of studies and reports have found that, statistically speaking, jail inmates with mental illness remain locked up longer than their non-mentally ill counterparts. They also return to jail more frequently, and cost more to incarcerate.

“It’s not simply that jails are ill-equipped to treat those with mental illness,” Solis and Kuel write, “the environments are also chaotic, noisy, and dangerous, all attributes that make it more likely to exacerbate symptoms than soothe them.”

And none of this improves public safety either.

In general, states the motion, failing to “adequately address the treatment needs of those with mental illness while they are in jail increases the odds that they will commit crimes after their release and continue the cycle of incarceration.”

The downside of delay

All of the above said, there are practical reasons that argue against slowing down the jail project.  For instance,  sources who are concerned about the delay that the motion proposes told us that, among their worries, is the near certainty that if the county has to start over with McCarthy, or any other of the very few companies that are equipped to take on such a project, the cost will inevitably be far higher than the already daunting 2.2 billion bucks.

Moreover, as Supervisor Mark Ridley-Thomas put it last month, the board needs to move ahead soon with something since “the status quo is fundamentally unacceptable,” and the constitutional rights of individuals in the county’s jails are at stake right this minute,  particularly when it comes to MCJ.

But, Ridley-Thomas added, the board must be confident that any plan they approve “prioritizes rehabilitation, healing…” and so on.

As far as we know, Ridley-Thomas has not yet said where he stands on Solis and Kuehl’s motion.

As of Friday, neither Supervisors Janice Hahn or Kathryn Barger were reportedly committed to the new motion either.

Additionally, although it is, at present, unclear whether or not Sheriff Alex Villanueva will attend Tuesday’s meeting, someone representing the department’s custody division is reportedly planning to go, since the LASD obviously has a large stake in the decision as well.

“We still need a facility to replace Men’s Central Jail, which is incompatible with today’s standards of care, custody, and compliance,” wrote Solis in a statement that went out last Wednesday to announce the new motion. “But we need a facility that more directly addresses the health needs of those it will serve, and one that falls into line with modern approaches to criminal justice and rehabilitation.”

As things stand right now, she is not convinced that the existing plan can hit those marks, so “at next Tuesday’s meeting of the Board of Supervisors,” she concluded, “I will be voting no on the CCTF project.”

So….as is often the case….stay tuned.