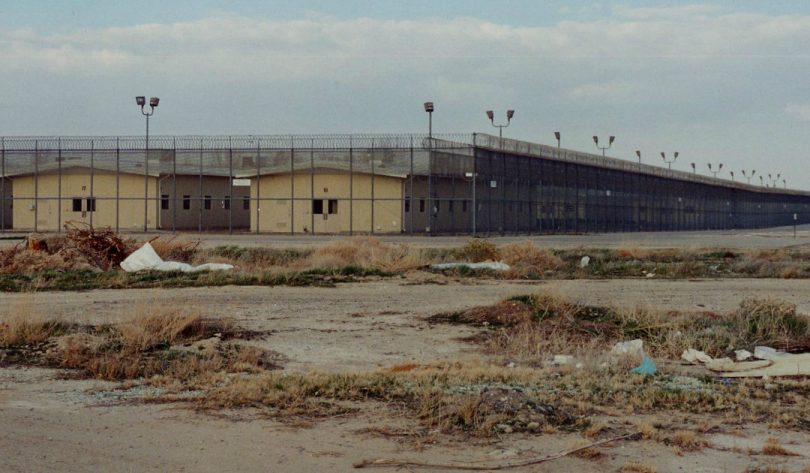 It’s not yet a done deal, but absent some kind of dramatic intervention, it appears that the highly controversial Mira Loma women’s jail project is headed toward a much-deserved death.

It also appears that, along with Supervisors Sheila Kuehl, and Hilda Solis, the new Los Angeles County Sheriff Alex Villanueva wishes to take leadership in killing it.

On Tuesday, January 8, the members of the Los Angeles Board of Supervisors were scheduled to vote on whether or not to approve the revised total budget of $215,000,000 for Mira Loma women’s jail project, along with other necessary approvals that would allow the Mira Loma initiative to move forward.

But, a few days before the meeting, Supervisor Sheila Kuehl asked that the vote on the project be postponed for two weeks, until January 22, 2019.

Then, on Monday, the day before the vote would have taken place, Kuehl released a statement that made clear her own opposition to any plan that involved moving the county’s female inmates to the Antelope Valley-located former immigrant detention center—renovated or otherwise.

The plan to locate the new women’s jail at Mira Loma, wrote Kuehl, presents ‘insurmountable obstacles” to the county’s goal of creating a women’s jail that “is the centerpiece of a gender-responsive corrections system.”

As long ago as 2015, Kuehl said,  she and Supervisor Hilda Solis requested “gender-responsive programming and design for any new women’s correctional facility,” but those requests, according to Kuehl “have simply not been met.”

And, as every other justice reform group who has weighed in on the topic has also noted, Kuel pointed to the fact that Mira Loma is too far away from most of the home communities of the women who would be housed there, meaning it is too far away for many of the potential women inmates’ family members to be able to easily visit.

According to Kuehl, the proposed Mira Loma facility,  which is outside Lancaster, “would require visiting families to travel three hours one-way on public transportation.” For visitors taking public transportation from many areas of the County, “the round trip is impossible to complete in a single day.”

(With the aid of Google Maps, WitnessLA calculated the travel time to Mira Loma from various areas in LA County via public transportation and found the travel time to be every bit as bad as the supervisor claimed and, in many cases, worse.  For instance, from areas like Long Beach, if one wants to travel to Mira Loma after work at say 6:30 or 7 p.m., using public transportation, and then stay overnight, in order to be at the facility for a 20-30 minute visit with a loved one by 8 a.m., on many weekdays, such a trip could take as long as 11 hours.)

Supervisor Hilda Solis too sent out a message about the Mira Loma project over the weekend, saying that she continues “to have concerns” about the “remote location” of the proposed facility and the “detrimental impact” the move would have on visitation for women with their families.

There are also the worries that the Mira Loma location could put women inmates and staff at risk for Valley Fever, a flu-like illness that is spread by spores in the soil or dust.

Sheriff Villanueva says no to Mira Loma for women

When it comes to county officials, it turns out that the other most vehement opponent of the Mira Loma Women’s Center project is new sheriff Alex Villanueva who, according to department sources and others with whom he has been meeting,  is now saying that putting women in the Antelope Valley facility is off the table .

And if the Mira Loma facility must be renovated and used in order to hold on to a $100 million award in AB 900 Grant funding, the county’s AB109 male inmates could possibly be housed there, Villanueva suggested.

(On the other hand, since the grant was originally awarded to the county in 2012 to build a 1,156 bed women’s facility at Pitchess Detention Center in Castaic, and was only later—in 2013—approved for the Mira Loma location, one more well-reasoned change in location for the woman’s facility wouldn’t seem impossible. Plus, as the LA Times editorial board point out in an excellent editorial on the Mira Loma issue, clinging to Mira Loma because of the grant, “would be like buying [an ill-fitting] shoe only because someone else offered to pay for it.”)

In any case, the new sheriff also has a list of other ideas about locations that could be renovated into more appropriate and rehabilitative places for the county’s women to be housed.

Women do poorly in jails

The value of visitation and maintaining family ties for prison or jail inmates has long been established, and being cut off from those contacts has been shown to be particularly damaging to women. This is true for a variety of reasons.

According to a string of reports, women tend to have more emotional and mental health problems in jails than men do.  And, interestingly, according to a 2017 report by the Prison Policy Initiative, jails tend to be more emotionally damaging for women than prisons.

This is true, in part, say experts, because jails are primarily designed for men rather than women. Women are significantly more likely to suffer from mental health problems and experience serious psychological distress than either women in prisons or men in either correctional setting, according to an extensive report released in June 2017 by the USDOJ’s Bureau of Justice Statistics.

In addition, according to report by the Vera Institute titled Overlooked: Women and Jails in an Era of Reform,” nearly 80 percent of the women in jails are mothers. But, unlike incarcerated men, they are, by and large, single parents, solely responsible for their young children. So, obstacles to visitation do additional damage.

It further doesn’t help that a startling 86 percent of women in the nation’s jails report having experienced sexual violence in their lifetimes, 77 percent report partner violence, and 60 percent report caregiver violence.

To add to all this,  once locked-up, women are far more likely than men to experience sexual victimization in jail.

“For anyone, a stay in jail is bound to be a disruptive experience,” wrote the Vera report’s authors.  But for women, “jail can be especially destabilizing, because most jail environments were not designed with them in mind and do not take into account the particular adversities they have experienced.”  Thus they become “’forgotten inmates,’ often without equal access to treatment, programs, or services.  As a result, many women leave jail with diminished prospects for physical and behavioral health recovery, with greater parental stress and strain, and even more financially precarious than they were before becoming caught up in the justice system.”

Although there was no vote on Tuesday, the board did allow what turned out to be an impassioned period of public testimony against the Mira Loma project, with both women and men talking about either their own jail and prison experiences, or those of their mothers and sisters.

Near the end of the public comment period, Ricca Prisad, from the Harriett Buhai Center for Family Law presented an idea for any women’s jail project going forward.

“The county and the sheriff’s department,” said Prisad, echoing Kuehl, “need a concrete plan for creating a gender-responsive system.”

To accomplish this end, she said, the Buhai Center recommended that the board hire “an expert consultant in the next three months,” to create the needed plan.

After that, said Prisad, the board should create a full-time non-sworn position in the sheriff’s department “to implement the plan,” and to “serve as the permanent leader of gender-responsive improvements.”

There was, of course, the 2015-created Gender Responsive Advisory Board, that Kuehl and Solis caused to be set up, and which was reportedly run by the sheriff’s department, producing—as Kuehl pointed out—nothing of consequence.

By the meeting’s end, after all the board members had given their own statements on the matter of women being jailed at Mira Loma, while the question had not been decided, it seemed to be moving visibly in the direction of a no vote, when the time comes.

(To approve the revised budget and the rest, requires four votes, rather than the usual three.)

“And,” Janice Hahn said, after commenting on the passion and courage of those who commented to the board, “there is a new sheriff in town who also has some ideas.”

However, as Supervisor Kuehl said after telling an interesting story about the challenge of turning around a train that  is traveling in the wrong direction, “it’s complicated.”

But, she added, “I really see the will in this board to find better solutions.”

Yet, if the supervisors are going to “take Mira Loma off the table,” said Supervisor Kathryn Barger, “we have to look holistically at the entire jail plan….and going to have to look at diversion.”

In the meantime, added Supervisor Mark Ridley-Thomas, the board needs to get on it, since “the status quo is fundamentally unacceptable.” The constitutional rights of individuals are at stake “as they are currently incarcerated.”

But, he added in an emailed statement, the board must be confident that any plan “prioritizes rehabilitation, healing, and family connections.

“This is particularly important for the growing number of incarcerated women, many of whom have histories of trauma.”