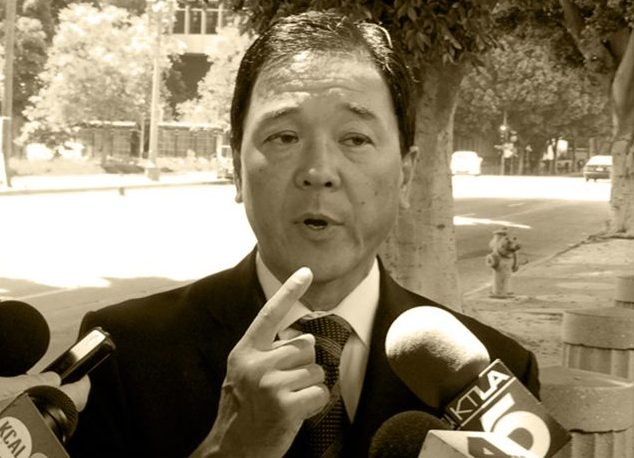 Paul Tanaka, the once feared and powerful former second in command of the Los Angeles County Sheriff’s Department, has filed an appeal with the United States Supreme Court in the hope of getting the court to reverse his April 5, 2016 conviction for obstruction of justice and conspiracy to obstruct justice.

As a result of the conviction, the former undersheriff was sentenced to five years in a low-security federal prison camp in Englewood, Colorado, where he has been since January of this year.

Tanaka and his attorneys already appealed his conviction to the 9th Circuit Court of Appeals, but after a hearing before a three-judge panel in early August 2017, that appeal was denied later than same month.

During Mr. Tanaka’s trial, as you may remember, the government alleged, among other things, that the former undersheriff helped hide a inmate/federal informant Anthony Brown from his FBI handlers in an effort to obstruct a federal grand jury investigation into corruption and brutality in the county’s troubled jail system.

In the just-filed petition to be heard by the nation’s highest court, Tanaka’s attorney, Charles M. Sevilla, made one primary argument for the hoped-for reversal of his client’s conviction. The argument pertains to a portion of the multi-page instructions U.S. District Judge Percy Anderson gave the jury in Tanaka’s trial immediately before the jurors began their deliberation. Sevilla called this fragment of the lengthy instructions the “dual intent” instruction.

To illustrate the point, Sevilla described the government’s line of questioning about Tanaka’s membership in the notorious deputy group The Vikings, which the attorney described as wrongfully damaging to his client.

(WLA wrote about that portion of the trial here.)

Tanaka’s attorney similarly wrote that, as part of the government’s case, Mr. Tanaka was wrongfully “blamed for a history of inmate abuses at the Men’s Central Jail despite the fact that he wasn’t in charge of the jail during the time several lawsuits were filed…”

It’s an interesting and cogently-written argument—and different from the argument Sevilla made to the 9th Circuit (which we wrote about here).

The 9th Circuit, however, turned Tanaka down, hence the appeal to the Supremes.

We will, of course, be following further events as they unfold.

Photo above of Tanaka talking to press after testimony at federal trial of another LASD defendant.