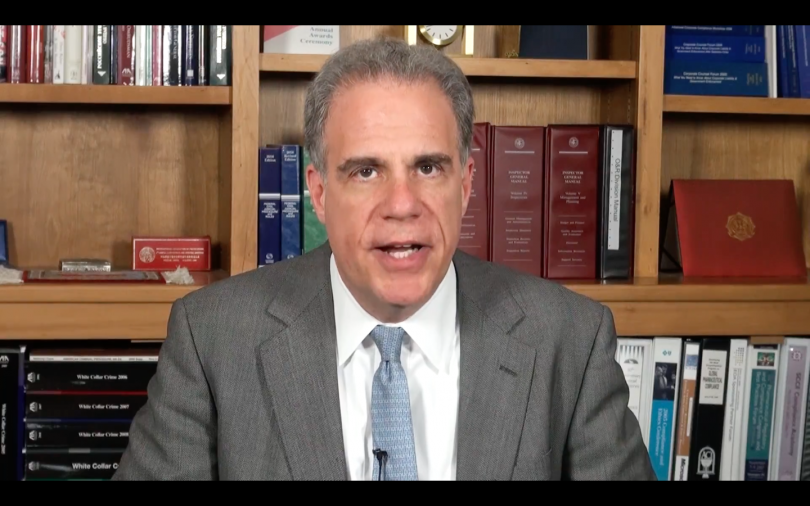 Over the past 10 years, law enforcement agencies have seized billions of dollars from people who are never charged with a crime, according to a new report from the Justice Department’s Office of the Inspector General.

Asset forfeiture laws allow government entities to keep money, cars, real estate, and other property that may be associated with a crime (usually a drug crime). Law enforcement agencies in California and other states circumvent their own states’ forfeiture laws through the controversial federal Equitable Sharing Program, which authorizes law enforcement agencies to use seized money as revenue, with only “probable cause” that laws have been broken, by bringing the feds into an investigation. Across the nation, local agencies are using the tool as a cash cow, taking money and property from people who have not been convicted of a crime.

Between fiscal years 2000 and 2016, the Department of Justice’s Equitable Sharing Program distributed more than $6 billion in revenue to state and local law enforcement agencies.

The report revealed “weaknesses” in the DOJ’s oversight of asset forfeiture efforts.

One problem is that the DOJ fails to collect and evaluate data that would reveal whether asset forfeiture practices are effective, and what risks the seizures present to the public’s civil liberties.

Additionally, in most of the seizures analyzed by the Inspector General, the DOJ could not verify if a seizure benefitted or even was related to a criminal investigation.

The report also found that the Justice Department does not require task force officers at either the state or local levels to participate in training on asset forfeiture laws before the officers can begin conducting federal seizures.

IG Michael Horowitz recorded a video (above) in which he discusses the report’s findings and national implications.

“We were particularly concerned to find in our current review that the Justice Department lacks the information and performance metrics it needs to assess the effectiveness of its seizure and forfeiture activities, and also to track the impact of those activities on civil liberties,” Horowitz said. “Ensuring that law enforcement operations are effective, and that they are minimally intrusive on rights and liberties, is fundamental to good program management and oversight – and fundamental to the Justice Department’s core mission.”

Between 2007 and 2016, the DEA—the agency that accounts for the majority of all cash seizures—took more than $3.2 billion from civilians without charging the cash owner with a crime. People who have had their money or property taken can file a petition requesting that the forfeited asset be returned to them.

The report mentions a separate 2012 OIG investigation, which revealed that an anti-money laundering task force within Florida’s Village of Bal Harbour Police Department (BHPD) received more than $6 million in equitable sharing revenue in 2010 and 2011. The OIG found that none of the BHPD task force cases were brought before, or prosecuted by, the Florida District Attorney’s Office. The investigation also found that the BHPD failed to maintain records related to the people arrested by the task force. Florida has since reformed its asset forfeiture system. Now, the state must prove a case beyond a reasonable doubt to seize and keep cash.

A number of other states are reforming the controversial practice. In 2016, California Governor Jerry Brown signed a bill to prevent agencies from profiting from cash and property taken from civilians who have not been convicted of a crime.