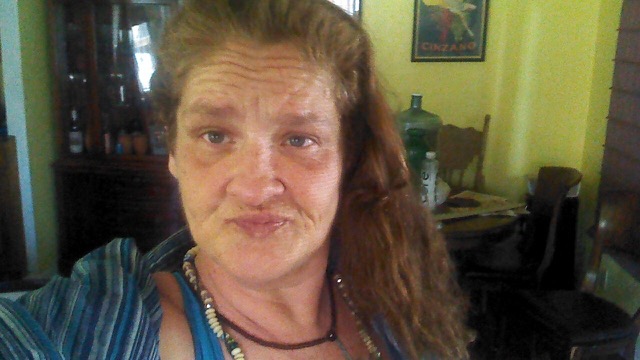 Videos from the two incidents, as well as the story of the last time the LAPD mistakenly killed an innocent bystander 13 years ago, highlight the difficulties officers face in making split-second decisions in the midst of highly charged, and dangerous situations. In these cases, officers’ judgment calls had devastating consequences.

Last Tuesday, Chief Moore confirmed that it was a bullet from an officer’s gun that ended the life of Trader Joe’s store manager Melyda Corado, 27, during a shootout at the Silver Lake store. Twenty-eight-year-old Gene Evin Atkins reportedly shot his grandmother and wounded another woman before leading LAPD officers on a chase, then crashing his car into the Trader Joe’s. Officers hit Corado while exchanging gunfire with Atkins during the deadly standoff, portions of which can be seen in video footage released by the department last week.

The officers, Moore said during the press conference, will have to live the rest of their lives wondering if they made the right call.

Death at a Homeless Outreach Center

Then, this Tuesday, the chief released the video of an incident that occurred in mid-June, which shows officers’ bullets fatally hitting a homeless woman who was being held hostage at knifepoint, as the cops were aiming at the man who was holding the woman and the knife.

The incident began on June 16, after police responded to a call about a stabbing outside of Central Lutheran Church in Van Nuys that houses a homeless outreach center.

When the officers, Eugene Damiano, Andrew Trock, and Cristian Bonilla, arrived on scene, they found Guillermo Perez, 32, standing alone outside the church, wielding a long knife. The officers ordered Perez to drop the weapon. Perez did not comply with officers’ repeated shouts to drop the blade. The video (see above) shows the man using a folding chair to block the officers’ bean bag rounds.

Perez then moved further away from officers, toward a bystander named Elizabeth Tollison, 49. Perez grabbed Tollison, and held a knife to her throat. According to witnesses, Perez actually “sawed” at Tollison’s throat, cutting it.

Fearing matters would rapidly grow worse, officers reportedly fired 18 shots at Perez, killing him. But two of the bullets hit Tollison. The woman died two days later at the hospital.

“It’s been 13 years since an officer’s gunfire has killed an innocent bystander or hostage in this department,” Moore said during Tuesday’s press conference. “In the last six weeks, it’s happened twice.”

The hostage incident of 13 years ago, which Chief Moore mentioned, was a high profile tragedy that unfolded in the summer of 2005.  That shooting both tore a community apart, and devastated what was arguably the nation’s most skilled SWAT team. The problems began on July 10, 2005, when officers found themselves in a dangerous stand-off with a drunk and coked-up used car salesman named Raul Peña, who had his 18-month old daughter with him at his dealership as he fired on police.

Before 2005, the department’s SWAT cops had performed approximately 3800 successful rescues in SWAT’s nearly 40-year history, and never lost a hostage in such a stand-off.

The story actually began the night before the shootout with the LAPD, when a family dispute escalated to the point that Peña reportedly held baby Suzie’s mother, Lorena Lopez, and her 16-year-old daughter, Ilsy Depaz, at gunpoint at Lopez’s home, before the mother managed to talk him down.

The next morning, Peña returned to work at his car dealership down the street from Lopez’s home. Lorena Lopez used the opportunity to make a “domestic terror report” to the LAPD about her baby’s father. Later in the day, however, Pena returned to the house, and asked to take baby Suzie back to the dealership with him. Knowing he adored the toddler, and likely not wishing to inflame him, Lopez let him take the little girl.  It was a fateful decision.

Things grew worse when, teenage Ilsy Depaz followed Peña and baby Suzie back to the dealership, intending to give her stepfather a piece of her mind. When that went poorly, she called 911, saying that Peña was physically threatening her. (Ilsy was later able to slip out of the dealership to waiting police.)

Lopez begged officers not to shoot into the dealership. “Don’t shoot! Don’t shoot, there’s a baby!” Lopez said she told officers on the scene.

The LAPD said they were concerned that when Peña began firing on officers, he was using his baby daughter as a “human shield.”

Security videos of the incident, however, show Peña carrying Suzie in the crook of his arm, not positioning her in front of his body.

In any case, the man was holding his daughter while engaged in a gunfight, willingly putting the toddler in mortal danger.

Of course, officers, too, endangered the baby when they fired back at her father.

Fearing that Peña’s emotional state was decompensating—based his reaction in a series of phone calls—a highly-trained four-person SWAT team decided they needed to enter the dealership.

Once inside, the team threw a flashbang grenade into the tiny office where Peña was holed up, hoping to distract the man. Instead, Peña began firing on the officers, hitting one of the four in the shoulder.

“Once they were inside and Peña was firing on them, they went forward in seconds,” Gascon said. “They had to. If they’d tried to back out, they’d have been sitting ducks.”

When the shooting stopped, Peña was dead, hit with multiple shots to his upper body.

But so was the little girl. She had been shot with one rifle bullet through the head, and had some lacerations on her leg. She was in her father’s arms.

“I’ve seen officers cry plenty of times, but never SWAT, and never like this,” then-Assistant Chief George Gascón (who is now San Francisco’s District Attorney) said during a press conference, of his grief-stricken SWAT team.

Critics of the shooting questioned whether the SWAT officers who took out both father and daughter, or the other officers on the scene, could have done anything differently to save Suzie.

Then, and now, law enforcement officials stressed that officers are forced to make extremely difficult split-second decisions to protect their own safety and the safety of the public during encounters that are often tense and rapidly evolving—and often feature no good options.

In 2005, Gascón reiterated that the department and the officers involved were “devastated” by Suzie’s death. “I’m a parent,” Gascón said. “The officers on the entry team were there to save lives. They share that mother’s anguish.”

After the Trader Joe’s shooting last month, Chief Moore said the officers involved will now “forever go through their lives debating whether that was what they had to do.” The Coronado family’s pain “is unimaginable,” Moore said. “We share that pain.”

The Difference Between Then and Now

Thirteen years ago under then-Chief Bill Bratton, the LAPD was much better at community relations than it was in the bad old, pre-Rampart days. But it also wasn’t known for its transparency when it came to officer-involved shootings.

Now, in both the Trader Joe’s and Van Nuys shootings, Chief Moore released officer body cam footage, under the department’s new policy to voluntarily release video to the public within 45 days of a “critical incident.” Previously, the department withheld videos from the public, unless a court ordered the footage to be released.

The LAPD made the first video public under the policy back in June. The incident involved a man who died in police custody. Unlike other departments now making police videos public, the LAPD did not release all of the footage of the two-hour standoff, but rather, 17 minutes and 30 seconds of slick, highly produced video with narration.

The department hopes this strategy will provide the public with “context on one one-hundredth of a second decisions,” and give insight into policing issues in general, according to LAPD Commission President Steve Soboroff. But the LAPD’s methods have drawn criticism from the ACLU and others who want all of the footage of a critical incident, rather than department-selected highlights with a “Hollywood” treatment.

Where We Go From Here

As in the Pena case, the videos of both the Van Nuys and Trader Joe’s shootings have raised questions about how the deaths of Corado and Tollison could have been avoided.

On Wednesday, Tollison’s three adult children filed a lawsuit against the LAPD and the City of Los Angeles, alleging wrongful death and negligence on the part of the officers involved.

Moore says that the department will be implementing new training for officers, and that department members will soon be replacing the beanbag guns currently in use with different less-than-lethal weapons that fire large, 40mm “foam baton” rounds that are reportedly more effective at stopping armed individuals than the bean bag rounds.

Image of Elizabeth Tollison courtesy of The Cochran Firm and the Tollison family.