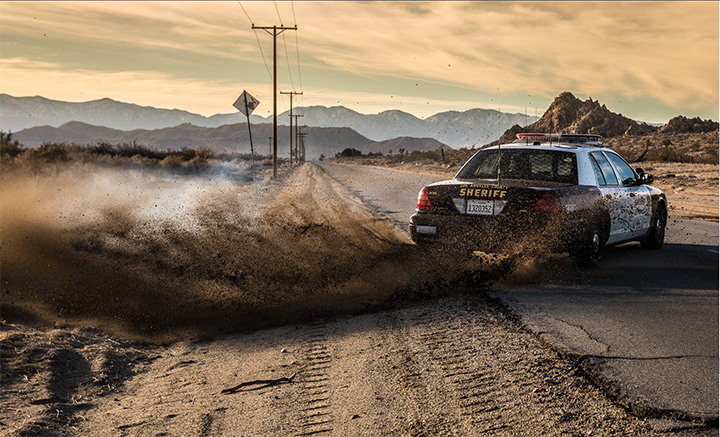 The Los Angeles County Sheriff’s Department is un­able to fulfill its policing contract with Lancaster, the largest of the 42 “contract” cities in LA County, which the nation’s largest sheriff’s department has long been hired to police.

The LASD was “shorting” its contract with the city by about 24 dep­uties a month, Lancaster Mayor R. Rex Parris explained to concerned residents, at the same meeting.

The reason behind this shorting in Lancaster, and reportedly other contract cities, is a large and well-known shortage of dep­uties department-wide.  As of April of last year, the department had approximately 1000 deputy vacancies, resulting in $142 million in overtime.

“Everything with these contracts is tracked to the minute,” said a department source of the Lancaster situation. “And you can’t keep mandating overtime to pick up the slack.” The result is “exhausted deputies,” he said.

And exhausted deputies are what Lancaster is dealing with, according to Mayor Parris.

The department is “understaffed, and those are the facts,” the mayor said. Deputies have been working double shifts “which is dangerous for them, and it can only lead to mistakes.”

As a consequence, Lancaster officials have decided it is time to make changes. Until the LASD can work out its deputy vacancy problem, the mayor said, the city was instituting its own solution, namely a hy­brid law enforcement model, in which the city will form a second police force to fill in the policing gap, and to “make sure that the people of Lancaster are safe.”

The contract service model that the LASD began in the mid-1950s, now offers policing to such incorporated LA County cities as Lakewood, La Mirada, Malibu, West Hollywood, Lynwood, Palmdale plus 34 others, including Lancaster.

The model includes a wide range of services, and allows each city to choose the level of service they want, buffet style, thus choosing the number of deputies and supervisors, et al, that best meets its needs.

Right now, however, according to Lancaster’s mayor and other officials, the LASD’s contract model is being compromised by the LASD’s vacancy problem. And the problem isn’t new, they say.

“It’s been going on for the past four years,” said Lancaster’s Vice Mayor Marvin Crist. “And it’s gotten progressively worse.

Actually, Mayor Paris said, interrupting, “It’s been going on for nearly as long as I’ve been here,” in other words, “ten years.”

As a first step toward the new model, in December, the Lancaster city council ap­point­ed Public Safety Di­rect­or Lee D’Errico as the city’s new police chief, and directed him to hire a con­sult­ant firm to help develop this new hy­brid law enforcement model, which would then work in partnership with the Lancaster Sheriff’s Sta­tion.

The idea, explained then-City Manager Mark Bozigian, is that this hybrid set up would “allow the sheriff’s department to focus on what they do best,” while Lancaster’s own soon-to-form police force would focus on “quality-of-life issues, which take a lot of time,” according to Bozigian.

“If we continue to do what we’re doing, we’re going to continue to get those same results,” Bo­zig­ian said. “If we look at how we use our best resources—what we do best, and what everyone else and the sheriff’s department can do best—we’re going to make this community safer.”

The consultant’s report, detailing how the hybrid plan should work, is due back in March.

Lancaster’s new mini-police force will reportedly be made up of retired LA County sheriff’s deputies, thus making it easier for the city’s force to work with the LASD’s contract officers.

“Right now we have what can charitably be called an emergent situation,” said Mayor Parris, of the need for the new hybrid concept.

Having deputies “work­ing double shifts, work­ing without breaks, with­out days off, which has been the current state of affairs” is not sustainable, Mayor Parris said. And clearly, the sheriff’s department will not be solving the problem in the near future, he added.

Whereas their new force can be up and running quickly, officials hope. “We hope it can be a model for other contract cities,” said Parris.

In the meantime, department sources say that Lancaster should be getting a refund.

When we contacted the LASD about the Lancaster issue, spokesperson Nicole Nishida sent us the following department-issued statement.

“The City has been in discussion with the Department on this proposed hybrid policing model,” the LASD statement read.  “It is in the very early stages of discussion. You will have to reach out to the City for further information on their proposed model.”

New sheriff Alex Villanueva made recruiting and hiring more deputies a campaign promise, contending that Sheriff Jim McDonnell had failed to do what was necessary to get the department’s numbers up, leading to the present shortage of sworn officers.