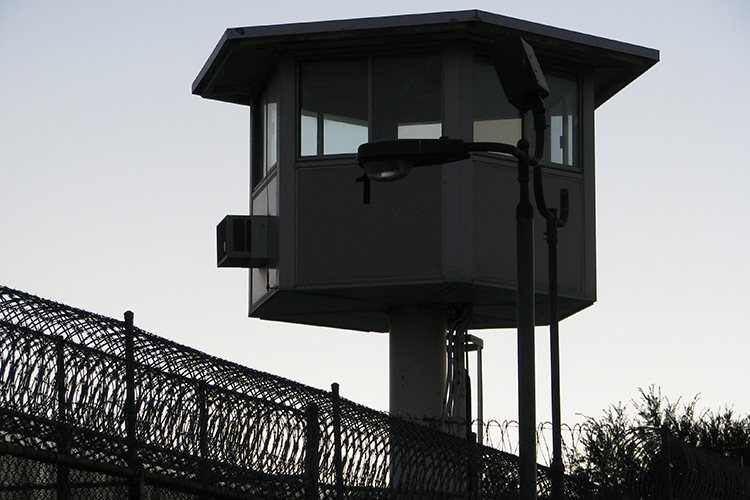 Correctional officers are, by definition, on the front lines of any prison system.

If the prison environment is overcrowded, overly violent, dysfunctional, or in a multiplicity of other ways, unhealthy—which most American prisons have been, historically—the correctional officers cannot help but be affected.

That unhealthiness has measurable effects on the physical and emotional well-being of the correctional officers, which in turn affects the way they do their work, according to a new report released this week.

“Because of this,” said the authors of the study, “correctional programs and policies can have little chance of success without” a focus on the overall health of correction officers. The impetus for the new report first came about when the California Correctional Peace Officers Association (CCPOA), the CCPOA Benefit Trust Fund, and the California Department of Corrections and Rehabilitation, joined forces with researchers at the University of California, Berkeley, to probe, analyze, and then to come up with programs to address the crucial issue of law enforcement’s health and wellness inside California’s prisons, a topic that, the report’s authors say,  has been largely ignored by academic research.

The CCPOA began pushing hard for the study after discovering that the suicide rate for its members was 19.4 deaths per 100,000 in 2013.

As a starting point for the research, Dr. Amy E. Lerman and her team at U.C. Berkeley developed the California Correctional Officer Survey (CCOS). The idea was to gather information on the thoughts, attitudes, and experiences of criminal justice personnel.

In the spring of 2017, a 61-question version of the survey was conducted, which brought responses from 8,334 officers and other sworn staff statewide.

This sampling, said Lerman, provides “a vast cross-section of officers across all of California’s correctional institutions and parole offices.”

At WitnessLA we have been waiting for the outcomes from this first-of-its-kind survey of California’s corrections officers.

Now we have seen the report, and its findings are sobering.

Exposure to violence and its consequences Not surprisingly, this over-exposure to violence produces a list of consequences for officers, both physical and emotional.

For example, 50 percent of the officers surveyed said they rarely feel safe at work.

Additionally, around 1/3 of California corrections officers said they were dissatisfied with both the availability and the quality of safety equipment.  And 70 percent of officers didn’t think there were adequate staffing levels to provide for the safety and security of those who work in their facility

We know from past research into the effects of trauma, that the condition of feeling chronically unsafe, typically produces adverse effects on an individual’s physical and emotional health. So it was with the state’s corrections officers.  The survey found that those COs who didn’t feel safe at work were more likely to report headaches, digestive issues, high blood pressure, diabetes, and heart disease, than those who did not experience chronic feelings of being unsafe during their work shifts.

Those who felt less safe were also likely to rarely feel rested, even when they got extra sleep.

Specifically, 39 percent of all officers and 47 percent of those who felt unsafe at work reported feeling chronically exhausted even after sleeping.

In addition, the researchers found, the stress of the job produced a high incidence of depression among the officers surveyed.

More than one-third of the officers reported that someone in their lives had told them they have become more anxious or depressed since they started working in corrections. Twenty-eight percent reported often or sometimes feeling down, depressed or hopeless, and 38 percent said they have “little interest or pleasure in doing things,” according to the report.

Similarly, one in three had experienced at least one symptom of post-traumatic stress disorder. Moreover, 40 percent of officers reported that they have experienced an event so frightening, horrible, or upsetting at work that they have had nightmares about it.

Ten percent of correctional officers said they had thought about killing themselves. It is particularly concerning that the rate of suicidal thoughts was even higher for retired correctional officers (1 in 7) than it was for active duty officers, whose rate was already high (1 in 9).  Plus, of those who said they have thought about suicide, 31 percent reported thinking about it often or sometimes in the past year.

More than 7 in 10 hadn’t told anyone about their suicidal thoughts, meaning that most are suffering silently and alone.

Officers want help with their trauma and stress

The stress the COs deal with as a consequence of their work was exacerbated by the fact that, according to the report, few felt that they were getting the help they need to handle the harmful collateral effects of their jobs.

For instance, officers reported that they have either not been trained at all on health-related issues, or that the training they’ve gotten isn’t much good. One-third reported that training they have received related to stress management and dealing with trauma has been of very poor quality.

And nearly all of the COs surveyed reported that they really did want help, but that it needed to be the right kind of help.

When asked what kind of help or training they wished they had, nearly half, or 49 percent, said they wanted confidential links to counselors or therapists. (The confidentiality issue was very important, as officers feared being stigmatized.) Similarly, nearly 60 percent would like an anonymous hotline to call.

Most of all, they wanted good training programs. For example,  82 percent wanted training in how to handle trauma and/or PTSD. Even more—86 percent—wanted instruction regarding how to to do better with nutrition and exercise. And, scoring highest,  88 percent said they needed training in handling stress.

In other words, California’s correctional officers want and need help, and we’re failing them.

The relationship between stress and fear—and workplace attitudes

Another important factor the report revealed was the finding that the stress affecting corrections officers’ physical health and emotions, also has an influence on the way they see their jobs.

For example, most correctional officers surveyed, “generally do not think they are making a positive difference,” when on the job.

Less than half agreed that they positively influence other people’s lives through their work, and the same proportion thought inmates are no better prepared to become law-abiding citizens when they leave prison than they were when they came in.

Furthermore, there was a strong correlation between officers’ work-related stress and their attitudes toward the purpose of their work, the survey found. For example, officers with at least one symptom of PTSD were less likely to think rehabilitation should be a major goal of incarceration and more likely to think that the purpose of prison is solely for maintaining the safety of the public, not for improving the skills or behavior of those confined within its walls so they do better on the outside when they’re released..

Interestingly, a majority of officers nevertheless agreed that rehabilitation programs should be made available to those inmates who want them. Specifically, 77% supported vocational training, 86 percent supported drug and alcohol treatment, and 82% of respondents supported academic training up to and including GED preparation.

“Historically, it’s been hard to get attention to mental health issues among law enforcement,” project leader Lerman said. “There’s been just so little information out there about what people are experiencing, and how to successfully intervene.”

The fact that corrections officers are suffering on the job is not,  of course, confined to California. Last year we ran a personal story about Oregon Department of Corrections sergeant Michael Van Patten, and his son, who followed his father into the business, and both were suffering.

But California is often viewed as a bellwether for trends in the corrections field, Lerman pointed out.

Thus, “as California begins to seriously address these issues,” she said, “we hope that the rest of the country will follow.”