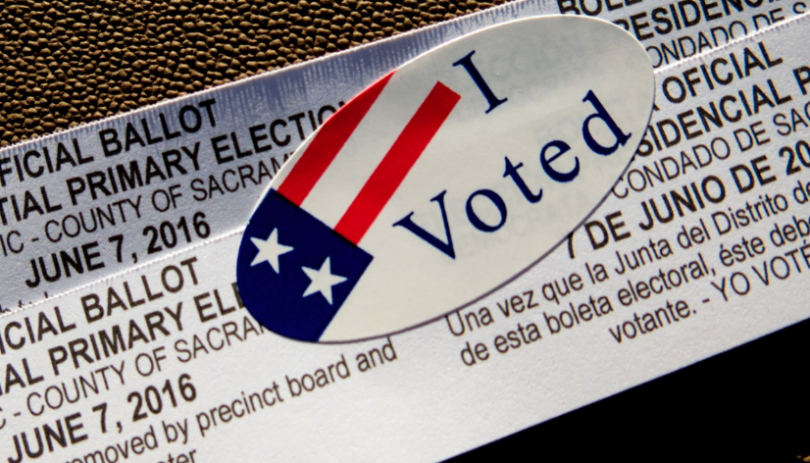 Felony disenfranchisement reforms in 23 states have restored voting rights to 1.4 million people over the last two decades, yet 6 million more Americans with felony convictions will be unable to vote this November, according to a new report from the Sentencing Project. Nearly 4.7 million of the 6 million disenfranchised are not in prison, but live in a state that blocks people who are on probation or parole, or who have completed their sentence and community supervision, from voting.

The Sentencing Project report gives a state-by-state account of the felony disenfranchisement reforms between 1997 and 2018 that have slowly expanded the right to vote across the nation.

A handful of states, including Florida and Kentucky, place a lifetime voting ban on people convicted of felonies. Since 1997, lawmakers and voters in seven states either abolished or amended lifetime felony voter restrictions.

Just two states–Maine and Vermont–do not bar people with felony convictions from voting, even while they’re incarcerated.

Since the mid 1990s, six states expanded voting rights to some or all people under community supervision.

During that time, seventeen states made it easier for disenfranchised residents to have their voting rights reinstated.

The State of Felony Disenfranchisement in California

California law currently disenfranchises people convicted of felonies who are serving time in state or federal prison or who are on parole. Californians with felonies on their records can, however, vote once they have completed parole. Californians in jails and on probation are not precluded from voting.

In 2011, the Realignment Act (AB 109) shifted the incarceration burden for certain low-level offenders away from the California state prison system—the largest in the nation until recently—to the states’ 58 counties.

In the wake of AB 109’s passage, then-Secretary of State Debra Bowen directed local election officials to ban approximately 60,000 people under community supervision via realignment from voting. The ACLU, the League of Women Voters, and other groups sued the state over Bowen’s decision, arguing that legislators intended realignment’s community supervision to be an alternative to parole for those low-level offenders, and that people in this category shouldn’t be treated (or disenfranchised) the same as state parolees. The judge ruled in favor of the advocacy groups and of restoring the right to vote.

Then by signing AB 2466 in 2016, Governor Jerry Brown affirmed the voting rights of AB 109ers serving time in jail and under community supervision.

The court decision and the bill restored voting rights to an estimated 95,000 people, according to the report.

California is not alone in disenfranchising black residents at disproportionate rates.

Nationwide, one in every 13 black adults is ineligible to vote, thanks to felony voting restrictions. In contrast, 1 in every 56 non-black voters is disenfranchised.

In Kentucky where people with felony convictions face a lifetime voting ban, 9.14 percent of the general adult population and an incredible 26.15 percent of black adults were barred from voting as of 2016.

Florida also tacks a lifetime voting ban onto felonies, and disenfranchised 10.43 percent of the general population and 21.35 percent of its black population. An incredible 1.7 million people are denied voting rights in Florida, although the state has enacted modest reforms since 1997 that have restored those rights to approximately 228,000 people.

Next month, Florida voters will also decide whether to end the onerous lifetime voting ban.

Unfortunately, because states’ voting rights are so varied, inmates and the formerly incarcerated across the country are often unaware of their voting rights. Often, this confusion keeps eligible people from voting. But in some troubling cases, people are prosecuted and convicted for voting while legally ineligible to vote.

“Denying the right to vote to an entire class of citizens is deeply problematic to a democratic society and counterproductive to effective reentry,” says the Sentencing Project. Despite the dozens of reforms restoring voting rights across states, “there is still much to be done before the United States will resemble comparable nations in allowing the full democratic participation of its citizens.”