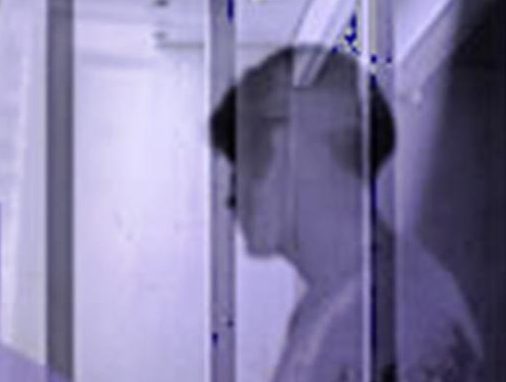 On Friday, the state Assembly passed a bill that offers a parole hearing after 25 years of imprisonment to people sentenced to life without the possibility of parole when they were kids.

The bill is now on the desk of Governor Jerry Brown.

This is a big deal.

Here’s how it came about.

On June 28, 2012, the U.S. Supreme Court ruled in the landmark case of Miller v. Alabama that a child—in other words, someone under the age of 18 at the time of the crime—could not be mandatorily sentenced to life without the possibility of parole.

Writing for the majority in Miller (and its companion case Jackson v. Hobbs) Justice Elena Kagan held that “that mandatory life without parole for those under age of 18 at the time of their crime violates the 8th Amendment’s prohibition on cruel and unusual punishments.”

The 2012 ruling was expanded on January 25, 2016, in the case of Montgomery v. Louisiana, when the Supremes ruled 6 to 3 that Miller should be applied retroactively.

“Prisoners like Montgomery must be given the opportunity to show their crime did not reflect irreparable corruption,” wrote Justice Anthony Kennedy for the majority, “and, if it did not, their hope for some years of life outside prison walls must be restored.”

But despite the Miller and Montgomery rulings, many states have been slow to comply—particularly with the retroactivity of Montgomery. In California, the legislature made a gesture in the direction of satisfying the Montgomery ruling when it passed a law in 2012 that allowed juvenile lifers to apply for a reduced sentence of 25 years to life with a chance of parole. But the process turned out to be enormously time-consuming, complicated, expensive, and because it didn’t guarantee an inmate a hearing, it failed to meet what the U.S. Supreme Court had in mind.

Furthermore, the outcomes of the application process for sentence reductions seemed to vary wildly from jurisdiction to jurisdiction, creating a system of justice that defense attorneys and advocates pointed out was anything but equal.

California’s solution to the problem is the just-passed SB 394.

SB 394, which was sponsored by Senators Holly Mitchell and Ricardo Lara, both Democrats, will allow the now grown kids with LWOP cases to be eligible for an initial parole hearing after 25 years of prison, bringing the state into compliance with the Supremes’ ruling. Yet, despite the clear directive by SCOTUS, the California District Attorneys Association argued, as the Capitol Weekly put it, “that the bill does little besides let potentially dangerous children go free.”

A hearing, of course, does not guarantee parole. It is merely a chance at a chance, an opportunity for the teenager, now a middle-aged adult to try to demonstrate through work, accomplishments, and behavior that he or she deserves the possibility of one day gaining freedom, rather than dying in prison.

The California Department of Corrections and Rehabilitation counts approximately 270 state inmates serving life without the possibility of parole for crimes they committed as teenagers. There are approximately 2500 juvenile LWOP cases in the U.S.

“And throughout the rest of the world, there are zero cases,” Ricardo Lara has repeatedly pointed out.

According to a July 2017 Associated Press analysis of inmate data provided by state corrections officials, thirty percent of the Californians serving life without parole for crimes they committed as youngsters are black, which is more than four times the percentage of blacks in California’s population.

The bill, Lara said, “holds juveniles accountable,” with its insistence on at least 25 years in prison, often more. Yet, he said, it “is designed to show the world that California can lead the way, and that children should not be treated the same as adults, and that people deserve a second chance.”

Defense attorneys who have worked with juvenile lifers in the past to try to get them resentenced to allow for the possibility of eventual parole were particularly overjoyed at the success of the legislation.

“I have four remaining clients, including one whose case is on appeal, who I have been working with for over two years, who will now have the chance to someday live a life outside of prison,” defense attorney Maureen Pacheco posted on Facebook on Friday after the bill passed. “This is truly a momentous day.”

The governor must act one way or the other on SB 394 by October 15.