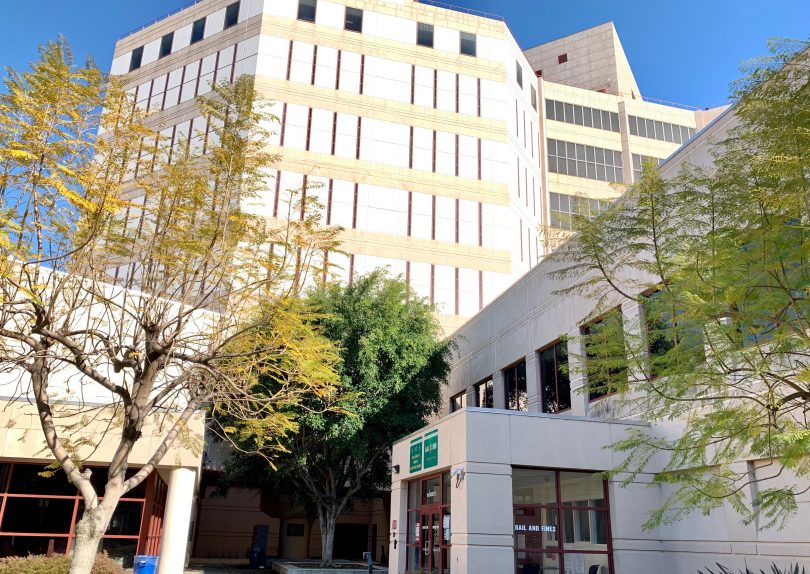 In order to reduce the likelihood that coronavirus would slam Los Angeles County’s jail system, LA’s justice system leaders and the superior court worked together — with the help of the state and county-level “zero bail” schedules — to reduce the county’s incarcerated population by 5,000 people, from 17,002 at the end of January to 11,964 by June 11. The pretrial population, which accounts for nearly half of the county jail population, was reduced by approximately 2,000 during this time.

In June, the LA County Board of Supervisors directed the LA County Sheriff’s Department, the Office of Diversion and Reentry, and other relevant county departments to come back to the board in 60 days with a plan for maintaining that reduced jail population, even after the coronavirus crisis has passed. The plan was to be in line with the work and recommendations of the Alternatives to Incarceration workgroup, convened to push the county toward a “care first, jail last” model.

The group came back with a population-reduction report in August, and among other recommendations, urged the supervisors to either “reconstitute” the Alternatives to Incarceration panel, or create a Jail Population Review Council, to “meet and review the jail population on a biweekly or monthly basis” to oversee the jail population.

Over the past few months, as the local justice system has returned to some pre-pandemic systems and practices, the jail population has also crept back toward pre-pandemic numbers.

Sheriff Alex Villanueva told the county supervisors on Tuesday that approximately 2,000 of the people currently held in LA’s jails are individuals who need to be “transferred to state prison or to mental institutions.” This group, he said, is part of the jail population growth.

While the custody population — 13,897 people as of September 16 — is still well below the 17,000 incarcerated in January, it is still significantly higher than the 12,404-person capacity established by the Board of State and Community Corrections. And the threat of illness and death because of cramped quarters and inadequate hygiene behind bars has not magically disappeared.

A return to the old incarceration numbers is not necessary to protect public safety, either. In July, ACLU researchers looked at Los Angeles and 28 other large cities in counties with big jail populations, and found no evidence that coronavirus-related early jail releases had any impact on crime between March and May, despite warnings from many law enforcement officials and Republican leaders.

Thus, on Tuesday, September 15, the Board of Supervisors voted to create a Jail Population Review Council comprised of county officials and community stakeholders to oversee “efforts to continue to safely reduce the rate of incarceration in Los Angeles County.” The council will be tasked with analyzing the sheriff’s department’s jail booking, population, and release data, and with implementing portions of the ATI recommendations focused on racial equity in jail population reduction efforts.

“Overcrowded jail facilities contribute to unhealthy and unsafe conditions for everyone involved,” Supervisors Mark Ridley-Thomas and Janice Hahn wrote in their motion. “The Jail Population Review Council will help ensure that the County does not revert back to pre-COVID-19 overcrowding and over-incarcerating and that we maintain and expand the collaborative reduction of the County’s jail population that we have experienced during the pandemic.”

In recent years, approximately 30 percent of those in jail have had open mental health cases. And, according to a January 2020 report from the nonprofit RAND Corporation, approximately 61 percent of the mental health population — on a given day, more than 3,000 people — locked inside Los Angeles County’s jails could safely been released into community-based care. The problem is that the county must come up with enough community programs, services, and housing to serve those who would otherwise be locked — unnecessarily, according to RAND — inside county jails.

Before the Tuesday board meeting, hundreds of Angelenos submitted the same message, filling nearly 500 pages of public comment urging the supes to approve the motion.

“Black people, and Black women in particular, continue to be disproportionately incarcerated and have markedly lower rates of early release compared to other demographic groups,” commenters wrote. “Instituting a Jail Population Review Council composed of public servants and community stakeholders will address anti-Black racism within the county jail system while helping to maintain a reduced jail population and supporting a Care First agenda.”

“There is nothing racist about the fact that people are in jail because of the crime they commit,” Sheriff Villanueva said when it was his turn to speak on the issue. “That is the function of a personal decision that people make to commit the crimes.” The department, he said, has a legal obligation to hold people while their cases are being tried in court, an obligation to hold people sentenced to local jail under realignment, and an obligation to keep people who commit felonies in lockup. The individuals who “engage in criminal activity,” and who spoke about the harm that incarceration caused in their lives, he said, should be apologizing for the harm they’ve caused to victims.

Villanueva characterized the “care first, jail last” plan as an “offender first, victim last” model, and argued that “the authority to manage the jails” resided “exclusively” in his office. “I cannot emphasize that enough,” he said, calling the motion “nothing more than an attempt to usurp the authority of the sheriff.”

“I took the initiative, in February, to start reducing the jail population in response to the COVID pandemic,” said Villanueva. The population that could be removed from the jails already has been, he added, through his efforts, and those who remain in custody are “mostly felons, pretrial detainees, and very serious crimes.” If people would “focus on reducing crime,” the sheriff said, that would reduce the jail population.