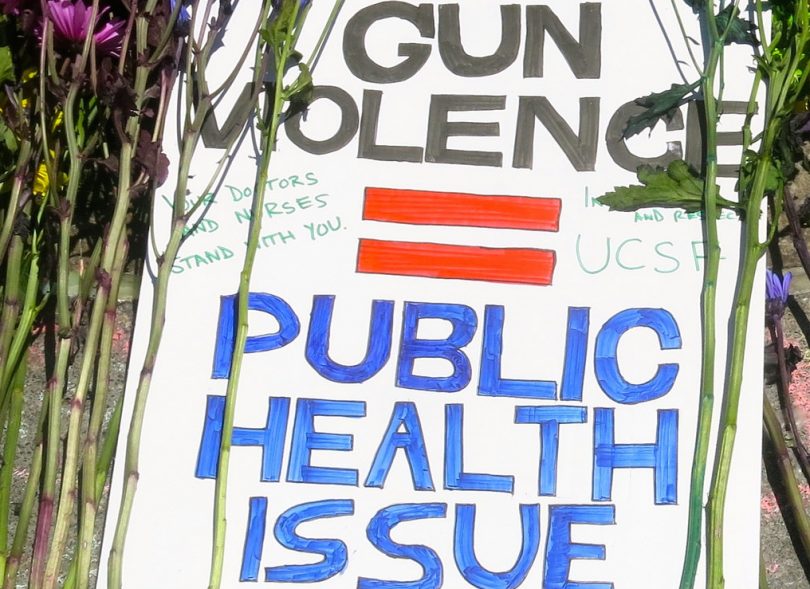 The Laura and John Arnold Foundation has announced $20 million in funding for a collaborative gun violence research project. The foundation is seeking an additional $30 million from other philanthropic organizations.

Americans are 25 times more likely to be fatally shot than people in 22 other high-income countries, yet for the past 20 years, the federal government has chosen not to research the causes of gun violence. Because of this, the nation lacks evidence-based firearm laws and policies that would keep schools and communities safe, according to the Arnold Foundation.

In 1996, thanks to intense lobbying from the National Rifle Association, a fearful Congress banned funding for gun-related research by the federal government. Gun violence—the NRA said—was not a disease, and did not fall under the Center for Disease Control’s or the National Institute of Health’s domain as a public health issue, although, at the time, both the CDC and NIH rightly viewed the nation’s approximately 30,000 yearly gun deaths as a public health issue.

This year, a line in President Donald Trump’s spending bill gives the CDC back its power to conduct federally funded firearm-related research. The Arnold Foundation hopes that its collaborative will help to relaunch the long-suspended federal government spending on firearm violence research.

“As horrific mass shootings become all too frequent in this nation and as gun violence continues unabated, the philanthropic community has an opportunity—indeed, a responsibility—to direct its resources toward supporting scientific research into causes and solutions,” the Arnold Foundation stated. “In light of the fact that the federal government has spurned its obligation to support scientific research, the need is all the more urgent for a national philanthropic consortium on gun violence to take the lead—not to further a political agenda but to support rigorous research. That research, we believe, will be the foundation for policy decisions aimed at reducing this infuriating and inexplicable crisis afflicting our nation.”

According to the Arnold Foundation, over a period of five years, researchers at the new National Collaborative on Gun Violence Research will work to uncover causes and patterns behind gun violence in the U.S.

With that research, the foundation hopes lawmakers and local officials will be able to draft data-informed laws and policies to reduce shootings.

“Understandably, gun violence is a deeply emotional issue. But arguing about the proper response will not solve the problem,” said Laura Arnold, co-chair of the Laura and John Arnold Foundation. “Our goal is to provide objective information to guide a rational, fact-based response to a national crisis. We need data, not politics or emotion, to drive our decisions.”

The National Collaborative researchers will look at the characteristics of gun violence—like how Americans purchase and use firearms, how guns change ownership, and what are the statistical differences between fatal and nonfatal shootings.

The group will also look at the risks and benefits of gun ownership, the impacts of kids having access to—and using—guns, and the factors that increase the likelihood that a shooting will occur.

Additionally, researchers will look into intervention strategies, including those that aim to keep guns out of the hands of at-risk individuals, promote childhood education about guns, and work to physically spruce up neighborhoods plagued by violence in order to reduce crime.

RAND will help run the collaborative, according to the Arnold Foundation “because of the organization’s deep technical knowledge of gun policy science and its ongoing Gun Policy in America initiative.”

And the collaborative will launch a Research Advice Committee comprised of representatives from law enforcement, community and health organizations, academia, government, and education to build a research agenda.

“The lack of data and solid research in this critical area is truly startling,” said Jeremy Travis, the foundation’s executive vice president of criminal justice. “Unfortunately, government research has been stymied for more than two decades, and that gap hasn’t been adequately addressed by the private sector. As with other public health challenges, the crisis of gun violence will be effectively addressed only if we produce high-quality, objective research. We believe that funding this research will save lives.”