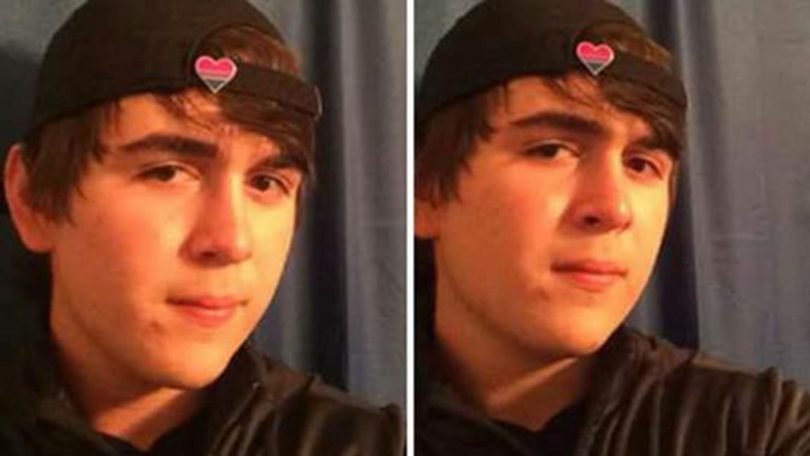 On Friday night, May 18, Santa Fe High School’s varsity baseball team was scheduled to play in the regional quarterfinals. The school’s sports teams have an enthusiastic fan base in the town of Santa Fe, which is located in Galveston County, Texas, less than 45 miles south of Houston, so a lot of people were reportedly going to the game.

On Sunday afternoon, May 20, members of Santa Fe’s class of 2018 were to gather in the school’s auditorium, at 5 p.m, wearing their caps and gowns, for their baccalaureate ceremony, which is a one-hour religious service honoring the newest graduating class.

The prom was already held May 12, the Saturday before.

Final exams were to begin next week. Formal graduation is set for June 1. Or at least it was.

This wonderfully ordinary schedule, however, was upended early on Friday morning when Santa Fe High School became the site of one more deadly school shooting.

A little after 7:30 a.m., at the beginning of the school day at Santa Fe High, a young man wearing a dark trench coat entered a school classroom during an art class. He carried with him two guns—-a shotgun and a .38 caliber revolver. Seconds after entering the classroom, he began shooting, and students began running.

Some of them made it out safely. Others didn’t. A few barricaded themselves in the art class room’s supply closet, but the shooter fired through the door. Several of the school’s police officers tried to stop the gunman.

One of those courageous cops was gravely wounded.

Amid the chaos, someone pulled a fire alarm. (The LA Times has affecting profiles of each of those who were killed.)

Cynthia Tisdale was a well-liked substitute who came back to work after her husband was diagnosed with cancer, and she needed the work.

Among those wounded was a school police officer named John Barnes, who had retired from a career with the Houston PD, reportedly feeling it was time for a less stressful job. Barnes, who after confronting the shooter, was shot in both arms, was was in critical condition due to blood loss when he reached University of Texas Medical Branch, where physicians were reportedly able to stabilize him.

A second school police officer managed to get to Barnes and pull him to safety,

Another of the ten who were wounded was Rome Shubert, the pitcher for the school’s baseball team, who has committed to playing baseball at the University of Houston. Shubert was shot in the back of the head at his neck, but the wound was not serious.

Shubert had on his “game day” t-shirt, which now is covered with blood.

Police have praised the actions of the law enforcement officers who each in various ways engaged the shooter. In a video that went viral after the shooting, a reporter from Houston’s ABC affiliate interviewed one student from Santa Fe High School, a seventeen-year-old girl named Paige Curry, who had been in a classroom three doors down from where the killing took place. The reporter, Foti Kallergis, asked Curry if she couldn’t believe a shooting had happened at her school.

She said, no. She could believe it.

“It’s been happening everywhere,” the girl said. “I’ve always kind of felt like eventually, it was going to happen here, too. I don’t know. I wasn’t surprised. I was just scared.”

According to the Washington Post’s count the shooting at Santa Fe high school is the 16th school shooting of 2018.

The suspect shooter is 17-year-old named Dimitrios Pagourtzis, who was an honor roll student at the high school. The two guns the shooter used belonged to his father, who reportedly did not know they were in his son’s possession.

He has now confessed, according to police, to doing the shooting.

Pagourtzis has been charged with capital murder and aggravated assault on a peace officer.

Gov. Abbot said during a press conference that Pagourtzis, who had no previous criminal history, wrote in paper journals and also on his computer and cell phone, that he wanted to commit the shooting and then commit suicide afterward.

He told police later, that he did not shoot people he liked, because he wanted them to tell his story.

Father Stelios Sitaras of Assumption of the Virgin Mary Greek Orthodox Church in Galveston, Texas, told the AP, that the teenage shooting suspect was “a quiet boy. You would never think he would do anything like this.”

Other classmates who spoke with reporters had similar descriptions of Pagourtzis as a quiet but nice and generally caring kid, who used to play junior varsity football at the high school, was an avid video game player, but who had an avid interest in guns.

One local father said his son, who also played on one of the school’s football teams, told him that Pagourtzis had been bullied by some of the players and the coaches.

Reportedly, two more people were interviewed as “person’s of interest.” One of those interviewed reportedly had an unusual reaction to the shooting. The second may possibly have known something about the shooting advance. Eventually, however, it was determined that Pagourtzis acted completely alone.

According to officials, Pagourtzis posted a photo on his Facebook page of a long duster jacket emblazoned with a variety of symbols including the Iron Cross, a German military award associated with the Nazis, who last issued the award, and a hammer and sickle. He also posted a photo of a t-shirt with the message BORN TO KILL.

His family attended a Greek Orthodox church where the teenager was a member of a traditional Greek dance group.

New information suggests one of the first people shot was Shana Fisher, a girl Pagourtzis liked who did not reciprocate his affection.

Shana Fisher’s mother told the Los Angeles Times in a Facebook message that the boy “continued to get more aggressive and her daughter finally stood up to him and embarrassed him in class. Rodriguez said. ‘A week later he opens fire on everyone he didn’t like,’ she wrote.”

On Monday, after a weekend of morning for the students, the facility, the families, and the town Pagourtzis’ lawyer, Nicholas Poehl, disputed the story of an amorous rejection by one of his client’s victims, and referred instead to a “mental health history.”

Santa Fe is a politically conservative city of around 12,200 people located outside of Galveston. The city was named for the Santa Fe Railroad, which at the time the town was founded, ran at its borders along Texas Route 6. In response to Friday’s school shooting, students stage “lie in” outside congressional offices

On Friday afternoon a group of Montgomery County, MD, high school students entered the U.S. Capitol building demand that House Speaker Paul Ryan pass gun reform legislation. They laid down in the hallway outside Ryan’s office door. When Capitol police asked them to leave, most did but four reportedly remained. The police arrested the four, who were reportedly charged with misdemeanors.

All schools in Santa Fe ISD will be closed on Monday, May 21st, and Tuesday, May 22, 2018. We will update you as soon as a plan for returning to school is finalized.

We know that our students and staff are going to need counseling to help them grieve. They also are going to need an outlet to share their fears and concerns. We will have additional school counselors and other support resources available to our SFISD students and staff. We will send additional information soon. Parents, please do not hesitate to ask for help if you notice a change in your child’s typical demeanor.

In the meantime, please continue to pray for our SFISD community as we grieve.

No mention of graduation.

Yet on Friday night, it turned out the Santa Fe’s baseball team decided they were going to play anyway, determined to stand up to violence and sorrow. The two players who were injured in the shooting attended the game to cheer their fellow team from the stands.

EDITOR’S NOTE: We have updated this story multiple times as appropriate.