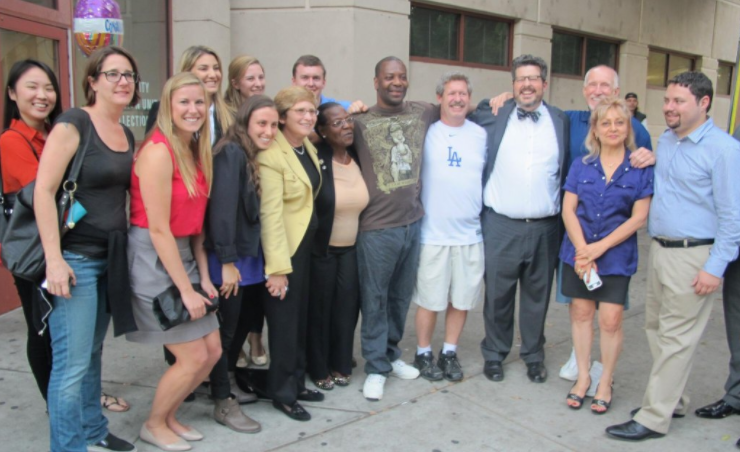 Marco Contreras, a man wrongfully convicted of attempted murder and robbery, is expected to be released Tuesday, after serving two decades of a sentence of life plus seven years.

Contreras, now 41, became a client of Loyola Law School’s Los Angeles Project for the Innocent (LPI) after fighting to have his case reviewed. LPI brought the case to the LA County District Attorney’s Conviction Review Unit, which agreed to an independent investigation of the case. (The DA’s Unit has its own investigators, but also works with investigators from the LA County Sheriff’s Department.)

“We are thrilled that our client has been found factually innocent and that the court is planning to order his immediate release,” said LPI founder Laurie Levenson, who has represented Contreras since 2012, along with LPI Program Director Adam Grant.

Twenty years ago, an eyewitness to an attempted murder and robbery at a gas station in Compton inaccurately identified Contreras as the assailant.

“Erroneous eyewitness identifications account for about 75 percent of all wrongful convictions in the U.S.,” said Paula Mitchell, LPI legal director.

The DA’s Office, has been able to confirm that Contreras is factually innocent. The individuals suspected of actually committing the 1996 crimes have also been arrested.

In 2013, LPI secured the release of Kash Delano Register, after a team of lawyers and law students successfully argued that the 53-year-old was wrongfully convicted of murder. Register served 34 years behind bars for a crime he did commit. LA Superior Court Judge Katherine Mader found that the prosecution failed to disclose exculpatory evidence to the defense and presented false testimony at trial. Register was 18 when he was arrested for the robbing and murdering a white man in Los Angeles. The black teen was convicted by an all-white jury in 1979.

LPI has several other cases currently in the court system.

LA County District Attorney Jackie Lacey announced the launch of the conviction integrity unit in April of 2015, Since then, the unit has received hundreds of cases. Nine months after launching, the unit had been buried under 730 petitions from individuals declaring their innocence. So far, Contreras’ is only the second case the unit has brought before a judge to be overturned.

The first case was that of Raymond Lee Jennings. In 2009, Jennings was convicted—through circumstantial evidence—of the murder of 18-year-old Michelle O’Keefe in 2000. This January, a judge tossed Jennings’ murder conviction. Jennings spent 11 years behind bars before his release.