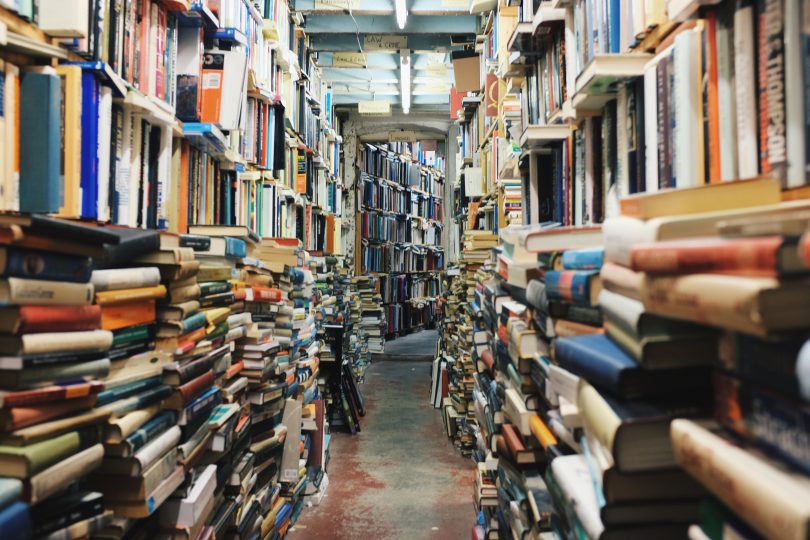 Photo by Glen Noble on Unsplash

Looking for an outstanding reading list for your stay-at-home days?

(The LA Times award winners have usually been announced at a book-lover-crowded ceremony at USC’s Bovard Auditorium.  This pandemic year, however, the winning books were announced on Twitter, with the prize-winning authors making their acceptance speeches via video.)

I know more than most about the LAT Book Awards since I have often had the privilege of being among the contest’s judges.  In some past years, I was on the judge’s panel for the Mystery/Thriller category.  This time, I judged the books in the category of Current Interest.

As it happens, the 2020 finalists and the winners in both those categories are particularly good.

(At WitnessLA we are maniacal readers, so we know these things.)

Whether you prefer fiction or nonfiction, the two lists below have you covered.

Here are the details.

In Current Interest the  finalists were:

“The Dreamt Land: Chasing Water and Dust Across California,” by Mark Arax;
“The Ungrateful Refugee: What Immigrants Never Tell You,” by Dina Nayeri;
“ Catch and Kill: Lies, Spies, and a Conspiracy to Protect Predators,” by Ronan Farrow;
“No Visible Bruises: What We Don’t Know About Domestic Violence Can Kill Us,” by Rachel Louise Snyder…

And the winner was “Charged: The New Movement to Transform American Prosecution and End Mass Incarceration,” by Emily Bazelon.

Emily Bazelon’s Charged, our judging panel agreed, “adds an essential dimension to the national conversation about criminal justice reform and our mass incarceration epidemic by placing prosecutors at its center.”  In this compelling and important work, Bazalon’s meticulous reporting, combined with her graceful and vivid prose, permits us to follow two very different cases on their legal journeys, thus giving us an intimate look at the complex and far-reaching human costs of an American prosecutorial system that, too often,  chooses winning over justice. And Bazalon does all of the above with the page-turning urgency of a novel.

Here’s her thank you video.

“My book is a lot about the forces driving mass incarceration. And at this moment, people in jail or in prison are at tremendous risk for the coronavirus. So, I want to take a moment to think about them and for us to consider their health and safety.” – @EmilyBazelon pic.twitter.com/xvlvibGFYy

Yet, while Charged was our winner, each of our finalists was a strong contender.

For example, Rachel Louise Snyder’s No Visible Bruises also combines a devastatingly important issue—namely domestic violence—with remarkable reporting and, in Snyder’s case, writing that is so unfrilled and evocative that her narratives only barely stop short of drawing blood.  As author Ted Conover put it, it’s like “reading the journal of a war correspondent.”  It’s also a book that is likely required reading for first responders and others who have no choice but to deal close up with this issue that has become ever more urgent during these stay-at-home weeks and months.

If you haven’t read Catch and Kill,  by Ronan Farrow, because you really can’t bear to hear one more thing about Harvey Weinstein, or you’re not positive how you feel about Ronan Farrow, read it anyway.  It’s not so much about Weinstein as it is about the terrifying lengths to which those in power will go in order to protect themselves and their power base. In Farrow’s case, that meant being on the receiving end of a series of very convincing threats, along with attempts to destroy his career and reputation. (Plus there was the matter of the former Mossad guys who kept following him around.)  And yet, Farrow’s refusal to stop gathering facts,  and his insistence on following those facts where ever they led him, finally yanked the lid off of deep wells of rot and corruption in several major American institutions. Farrow is also a very good writer, so good he makes it look easy. Also, if you like listening to books, Farrow reads Catch and Kill himself.  (And he does voices.)

The other two finalists are not justice-focused, but they are both excellent books you should grab immediately if they call out to you.

In The Dreamt Land, Mark Arax uses interweave of reportage, history, and memoir to explore the complicated, political, often near-mythic relationship between California and the water that keeps its residents alive. Arex has long been a very talented reporter.  But The Dreamt Land is his masterwork that, the minute it was published, became a California classic.

Finally, Dina Nayeri’s The Ungrateful Refugee takes us through her child and adolescent’s view of her family’s experience fleeing from Iran in the ’70s, interweaving that story with reporting she did as an adult about the dreams and terrors of other refugees she encountered, as they went up against irrational and sometimes deadly bureaucratic systems in their efforts to get to safety. All of this is written in crisp, lucid prose laced with great compassion and often fury.

Are you in the mood for fiction instead of nonfiction?   Mystery/thrillers are justice-related by definition, and all the books on this year’s awards list are truly outstanding.

The Night Fire by Michael Connelly
The Lost Man by Jane Harper
Lady in the Lake by Laura Lippman
Heaven, My Home, by Attica Locke

And the winner was…Your House Will Pay, by Steph Cha

In Your House Will Pay, the immensely talented Steph Cha, uses as her narrative lynch-pin, a fictionalized account of the 1991 South Los Angeles killing of 15-year-old Latasha Harlins, who was shot dead by a Korean convenience store owner just two weeks after the police beating of Rodney King.  The South LA community was further shocked when the store owner was sentenced only to probation and a fine for shooting the teenager. Out of that terrible 1991 event, Cha grows a nail-biting and affecting tale that, as she fast forwards nearly three decades, braids together the wounds of two LA families in ways both entirely unexpected and inevitable.  (I don’t want to give away any more.  So, just read it.)

"I'm very pregnant right now and chances are good that I will have brought a poor, innocent baby into this nightmare world by the time we have the Book Prizes." – @stephycha pic.twitter.com/PWRGHbGOL6

Once again, while the winner is a wonderful work,  but the four finalists are each excellent as well.

If you like police procedurals, Michael Connelly is the reigning master. The Night Fire is the 21st book featuring Connelly’s brooding, jazz-loving LAPD homicide detective, Hieronymus “Harry” Bosch, whose personal credo of, “Everybody counts, or nobody counts,” has now permanently entered the popular lexicon. This volume also features Connelly’s newest creation, detective Renée Ballard, a fierce and smart addition to the Connelly world, whom he first introduced in July 2017 in a book of her own, making her the first woman to lead a Connelly novel. The Night Fire is the third volume with Ballard, and the second that has Bosch and Ballard working together. Even east-coast-centric, former LAPD chief Bill Bratton once told me that Michael Connelly was his favorite mystery author.  It is also worth mentioning that Connelly uses Los Angeles as a character better than nearly any other living writer.

Australian mystery novelist Jane Harper first burst on the mystery/thriller scene with her impressively well-realized 2017 debut, The Dry, set in a small, drought-afflicted town with large secrets. Now, with her third book, The Lost Man, Harper’s star continues to rise with her creation of a tense and haunting literary thriller in which the secrets of family intertwine with the stark, near-mythic landscape of a particularly isolated belt of the Australian outback in ways both deadly and, ultimately, liberating.

Lady in the Lake, by Laura Lippman, showcases Lippman’s much-awarded gifts as a writer.  After setting her book in 1960s Baltimore, Lippman uses elements of classic noir,  as she simultaneously explores, as Stephen King put it, “the gulf which then existed between what women were expected to be and what they aspired to be.”  Yet there are many other layers to this ambitious and vivid tale, which is told from the points of view of multiple people, including Lippman’s housewife-turned-aspiring-reporter main character, and a young black woman hoping to recalibrate the arc of her fortunes, who talks to us only after she is dead, her body awaiting discovery in the lake of the book’s title.

The 2009 release of Attica Locke’s first mystery novel, Black Water Rising, set in Houston, TX, introduced readers to Locke’s much-needed voice. With each successive novel, her already singular voice has deepened, and the accolades have continued to pile up. Like Dennis Lehane, Locke artfully uses the mystery/thriller form to explore pressing social issues. In Locke’s case, this means issues of race and the black experience, which she approaches head-on, but also with a deft touch that never fails to illuminate.  Locke is also a great storyteller, as her newest addition, Heaven, My Home, demonstrates. The tale follows Texas Ranger Darren Mathews, who is struggling with his own possibly disastrous recent decisions as he races to find a lost boy who is the son of white supremacists.  (And, while you’re at it, you might even consider starting your Attica Locke journey with her second-to-last book, Bluebird, Bluebird, which first introduces us to Ranger Mathews.)

In any case, happy reading!

Photo at top by Glen Noble on Unsplash