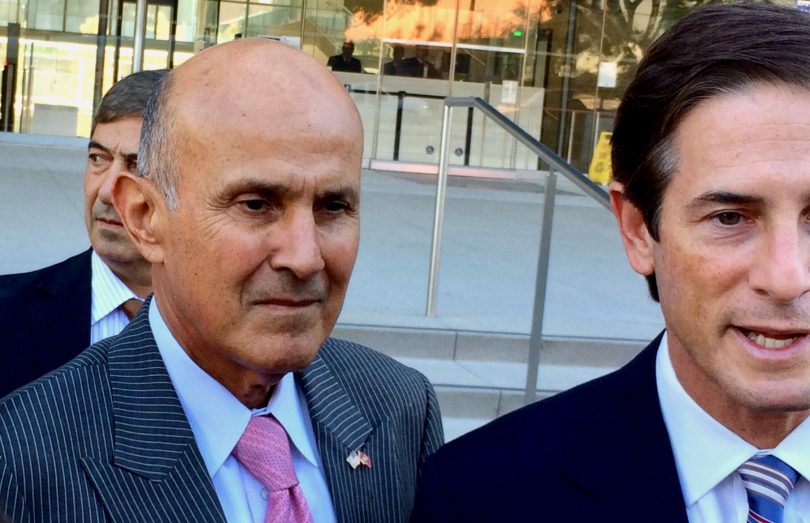 On a segment with the droll title If First You Don’t Succeed, Try Him Again the LA Times’ Joel Rubin and I talked with host Steve Chiotakis about how former Sheriff Lee Baca came to be convicted of three criminal charges last Wednesday after a hung jury nearly acquitted Baca at an earlier trial last December, when 11 jurors were convinced of his innocence, while one lonely holdout clung to a guilty vote.

You can listen to the episode here.

On Monday, at 6:30 p.m., I will talk with hosts Howard Blume and Gale Holland for a half hour about the ins and outs of the two trials of Lee Baca, what kind of sentencing U.S. District Judge Percy Anderson might impose, how the prosecution team successfully retooled its case for trial two….and more. (We pre-taped the show, so I can predict with confidence what we will talk about on Monday.)

You can listen to the show live online here (or at 90.3 on your radio). And I will put up a link to the after-the-fact podcast when it appears.

SOME INTRIGUING GLIMPSES OF LEE-BACA-RELATED RADIO SHOWS PAST

We were looking at some of the past WLA radio appearances, in particular those that related to the Los Angeles Sheriff’s Department and its longtime sheriff. We found a number of shows that make for informative listening when heard from a temporal distance.

Here are links to a couple of those shows that might interest you as well:

There is this July 23, 2013 episode of KCRW’s Which Way LA? with Warren Olney in which we talked about Operation Pandora’s Box. You may find it interesting listening regarding what we knew then, versus what we know now.

Then there is this intriguing October 10, 2011 episode of Which Way LA? with the excellent Mr. Olney, which also features Sheriff Baca, and Peter Eliasberg from the ACLU. (We are on too, but that’s not the point.) It was recorded just a couple of weeks after the events concluded that led to the former sheriff’s conviction.