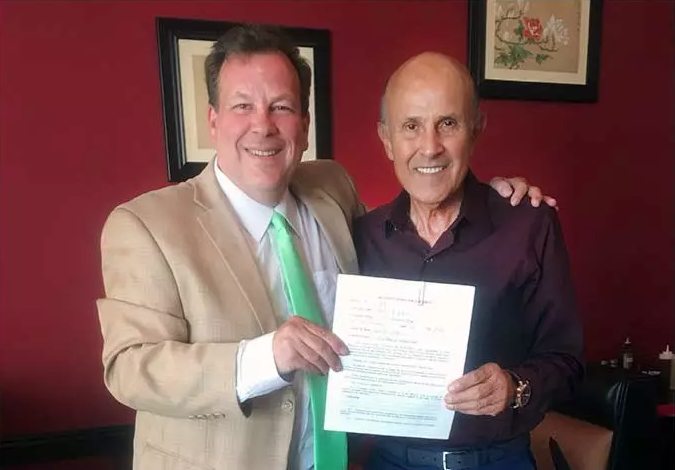 On Monday, the University of Los Angeles College of Divinity in Compton announced it had selected former Los Angeles County Sheriff Lee Baca to join its ranks of professors.

Baca is currently out on bail as he pursues an appeal of a conviction for his part in what is colloquially known as Operation Pandora’s Box, a series of orders and actions that attempted to derail a federal investigation into brutality and corruption by deputies in LA County’s jail system.

(Seven members of the sheriff’s department were convicted of obstruction of justice—along with Baca, and former undersheriff Paul Tanaka—ostensibly for following orders handed down from the former sheriff  and his once feared second in command. An eighth department member who flipped for the prosecution, also received a federal prison sentence.)

In May 2017, Baca was sentenced to three years in federal prison after a jury found him guilty of one count each of conspiracy to obstruct justice, obstruction of justice and making false statements to federal investigators.

Interestingly, in October 2017, the 9th Circuit Court of Appeals approved Baca’s motion for bail pending his appeal based, in part, on the fact that they believed one portion of Baca’s appeal could have merit—the claim that U.S. District Judge Percy Anderson “erred by excluding expert evidence” of Baca’s Alzheimer’s disease.

Baca’s lawyers claimed that the ex-sheriff’s Alzheimer’s diagnosis meant that he did not have the requisite mens rea (criminal intent or knowledge that his conduct was illegal) to be charged with and convicted of making false statements to the feds.

Yet the college, and the now 76-year-old Lee Baca, appear to believe that the former sheriff has the cognitive strength to teach students.

Baca has, in fact, worked as a college professor in the past, at both Cerritos College and the University of Laverne, and has had the reputation as a talented, if oddly wandering, public speaker.

The evangelical Christian college’s Vice President of Academic Affairs, Dr. Michael Miller, praised the ex-sheriff as a “gifted teacher” who “changed the dynamics within a workforce of over 18,000 people” and who has just the right skills to “greatly benefit our students and the community we serve in Compton, Watts, South Central Los Angeles and parts of Long Beach, as a University.”

In its announcement, the college pointed out that with Baca at the helm, the LA County Sheriff’s Department saved the city of Compton—home to the University of LA College of Divinity—more than $8 million when it took over the policing of Compton from the city’s local police department in 2000.

Baca also “believes that fundamentally that there is a greatness to every human being and that God is involved with every person’s life, whether they think so or not, and this belief makes him a perfect teacher and role model for Christian students,” Dr. Miller said.

Regarding Baca’s felony conviction, Miller indicated that he believed the prosecution was “politically based” and pointed out that, in his first trial, Baca “was voted 11-1 not guilty.” In the second trial, Miller said, “several former sheriffs testified against him in order to gain favor for themselves.”