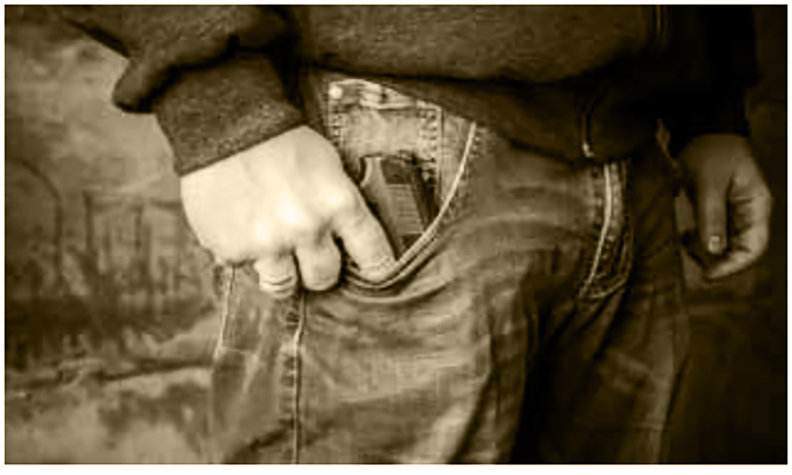 New Yorkers United for Justice (NYUJ), a bipartisan coalition of 14 organizations working for “common sense criminal legal reform,”  has a smart and well-reasoned new report about what has caused and what hasn’t caused the jump in violence that has affected cities and municipalities all over the nation, including in California.

The report, written Hanna Liebman Dershowitz, NYUJ Director of Policy and Advocacy, specifically focuses on New York, and comes to the following conclusion about this local and nationwide spike in violence.

“While experts do not yet know the duration of the current rise in homicides, or the precise blend of the causes,” she writes, “there are some important observations that can be gleaned from the data that is available.”

Here are some of the observations, Dershowitz and colleagues have noted:

According to Dershowitz, the notable increase in homicides, coupled with the decreases in other crime categories, suggests that “novel factors,” rather than “well-studied criminal justice reforms, are at work.”

In fact, she writes, a careful look at the data, “set in the context of national and world events,” suggests that a complex blend of factors is likely at play—including the pandemic and its significant economic impacts, a drastic increase in gun sales, particularly in certain areas, “plus the racial reckoning and discourse on policing that have contributed to a deterioration of police and community relations.”

The latter topic, namely the deterioration of police and community relations,” along with police morale in general, and related issues, has its own recognized effect on crime upticks in the past.

(This turned out to be the case in Los Angeles in 2002, when there was a serious rise in violent crime, in the city (more so than LA County), which eventually was recognized as an artifact of the effects of Rampart scandal, and its effect on the numbers of cops on the streets, along with ordinary, normally hardworking police officers, as the officers themselves reported.)

Furthermore, Dershowitz writes, the increases in certain categories of crime in 2020 came on the heels of decades of steady downward trends in crime, both in New York and across the nation. And the recent increases in homicides bring New York nowhere near the levels of homicides experienced in the early 1990s, when numbers peaked.

The same is true for Los Angeles, which experienced the highest violent crime numbers in its history in the early 90’s, with the next big uptick (although nowhere near as large as the early ’90s) in 2002, as mentioned above.

Deshowitz notes that those who are not feeling all that happy about recent criminal justice reforms have “been pouncing on the increase in some crimes to stoke fear, slow progress, and double down on failed, outmoded policies.”

And yet the increase in homicides— particularly those using guns—is national in scope, she points out,  affecting communities big and small, and those that have instituted criminal justice reforms as well as those that have not.

So what are the causes?  And what has not caused the increase?

As discussed above, according to Dershowitz, the most likely explanation for the crime data fluctuations is not a single explanation at all, but “a confluence of conditions,” namely a once-in-a-century global pandemic and its attendant economic disruptions, a profusion of guns entering communities already on edge, to strained relations between communities and law enforcement.

“This toxic stew of factors has produced an environment of fear and mistrust.”

Unfortunately, the complexity of this data is not readily apparent in many media reports on the rise in crime, and people’s resulting concerns..

(This is one of the reason that WitnessLA continues to report on this issue, including highlighting the report by Dershowitz and the New Yorkers United for Justice. along with the CJCJ report that we wrote about last week, which pointed out that when the recent violent crime numbers are broken down by California counties, and then further broken down by counties that voted Democratic in the 2020 presidential election, and those that voted Republican, the 23 right-leaning counties turned out to have higher rates of violent crime, including homicides, than the counties that tend to vote democratic.)

Bottom line, if there is not more accurate and nuanced reporting on the topic in the mainstream media, writes Dershowitz, “there is a danger that policy decisions will be made based on unsupportable conclusions that defy consistent, longstanding evidence about what works to reduce crime and recidivism.”

And so the NYUJ “hopes to engage in a productive dialogue about what is driving the concerning crime numbers, what the existing data show, and the most effective policies indicated by the evidence.”

WitnessLA has those same hopes.

The photo at the top, which we have turned sepia, is courtesy of New Yorkers United for Justice