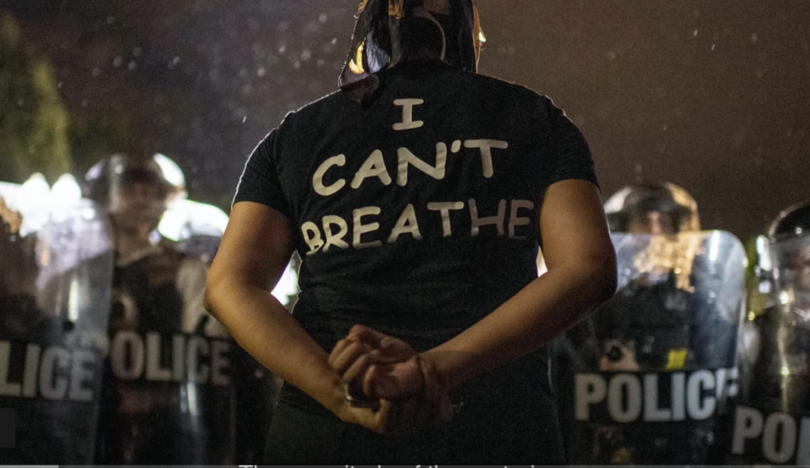 The Pulitzer Prizes were announced on Friday, June 11, at 1 p.m. Eastern, and for those who were not obsessively tuned to the announcement of the prizes, we thought you’d enjoy hearing that although all the winners were people who did stellar and essential work last year, when it came to awards for journalism, reporting and commentary that covered issues of justice and injustice was deservedly high on judges’ lists.

Here’s what we mean:

For Breaking News Reporting, the winner was the Staff of the Star Tribune, Minneapolis, Minn.

The judges praised the Star Trib’s staff for the paper’s “urgent, authoritative and nuanced coverage of the death of George Floyd at the hands of police in Minneapolis and of the reverberations that followed.”

For Explanatory Reporting, the winners were Andrew Chung, Lawrence Hurley, Andrea Januta, Jaimi Dowdell and Jackie Botts, all of Reuters

According to the judges’ the Reuters group won for their “exhaustive examination, powered by a pioneering data analysis of U.S. federal court cases, of the obscure legal doctrine of ‘qualified immunity’ and how it shields police who use excessive force from prosecution.

The judges described the reporters’  “resourceful, creative reporting that exposed how a powerful and politically connected sheriff built a secretive intelligence operation that harassed residents and used grades and child welfare records to profile schoolchildren.”

For National Reporting, the winners were a number of publications working together, including the staffs of The Marshall Project; AL.com, Birmingham; IndyStar, Indianapolis; and the Invisible Institute, Chicago

The partnered staffs won for their year-long investigation of K-9 units and the damage that police dogs inflict on Americans, including innocent citizens and police officers, prompting numerous statewide reforms.

When it came to Feature Writing, the judges awarded two first prizes, for two very different stories, written for two different publications, each of them about justice issues of great consequence.

The first of two winners was Mitchell S. Jackson, a freelance contributor to Runner’s World

Jackson won for his “deeply affecting account of the killing of Ahmaud Arbery that combined vivid writing, thorough reporting and personal experience to shed light on systemic racism in America.”

The judge’s described Drost’s exceptional story as “a brave and gripping account of global migration that documents a group’s journey on foot through the Darién Gap, one of the most dangerous migrant routes in the world.”

In the category of Audio Reporting, the winners were Lisa Hagen, Chris Haxel, Graham Smith and Robert Little of National Public Radio

The judges were very taken with the group’s “investigative series on ‘no compromise’ gun rights activists that illuminated the profound differences and deepening schism between American conservatives.”

When it came to Breaking News Photography, the photography staff of the Associated Press won the prize for “a collection of photographs from multiple U.S. cities that cohesively captures the country’s response to the death of George Floyd.
”

Rob Greene won, wrote the judges, was given the first prize for his editorials “on policing, bail reform, prisons and mental health that clearly and holistically examined the Los Angeles criminal justice system.”

And since Rob Greene’s work pertains to pressing justice issues in Los Angeles County, we figured you’d like to see the work that won him a Pulitzer.  The winning editorials are as follows:

Coronavirus makes jails and prisons potential death traps. That puts us all in danger
No, criminals aren’t rampaging across California because of our zero-dollar bail policy
The 1980s crack epidemic was a fork in the road. America chose racism and prisons over public health
The absurdity of life without parole for juveniles
Two deputies shot and another weekend with neither justice nor peace
Endorsement: George Gascón for L.A. County district attorney
What we now see, with 2020 vision

A special award and a Pulitzer winning novel

In addition to the regular Pulitzers for journalism (the rest of which you can find here), the Pulitzer Board decided to give a special award to Darnella Frazier, the teenage who filmed the killing of George Floyd with her cellphone.

The board praised Frazier for “courageously recording the murder of George Floyd, a video that spurred protests against police brutality around the world, highlighting the crucial role of citizens in journalists’ quest for truth and justice.”

Be sure and check out the other winners in journalism, since we’ve only mentioned those who won for their work on justice-related issues.

And then keep scrolling to find out who won the world of literature, which includes the well-deserved award for fiction this year, which went to Louise Erdrich for her brilliantly conceived and gorgeously written novel, The Night Watchman.

Photo at top is a screen shot from the official Pulitzer 2121 announcement video.