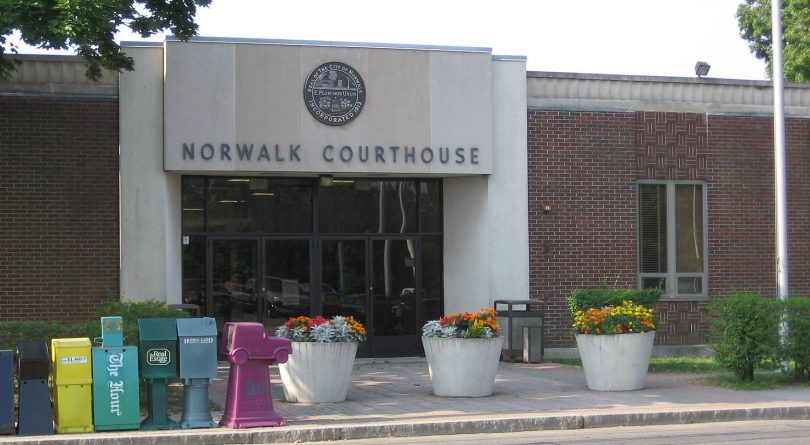 In August of this year, John Rodriguez was released from prison after Governor Jerry Brown commuted his sentence. At the time of his release, Rodriguez had done 8 1/2 years of his 22-year sentence for attempted murder. Rodriguez was arrested for the crime in April of 2009, when he was 17 and a student at Venice High School.

In the last two chapters (which you can find here and here), Dennis Danziger, who had been Rodriguez’s high school English teacher, wrote about how his then student, John Rodriguez, at the time a high school senior, was the best writer he had ever had in any of his LAUSD classes in all his years of teaching.

Danziger ought to know the difference. In addition to being a high school instructor, he is a former TV writer, a memoirist, and the author of the very funny novel, A Short History of a Tall Jew. Plus his wife, Amy Friedman, is a writer too.

But, as we learned in the last two chapters, John Rodriguez, the good writer, seemingly good, sensitive kid, appeared to have done something terrible and inexplicable, and now was facing life-altering criminal charges.

And so, the story continues:

I remember reading a line, perhaps the opening line in a novel. It went something like this: one gets justice in the afterlife; in this life you get the law. And sadly, you only get the law you can afford.

One would need a lot of money, six figures, a high six-figure sum to effectively fight for two brothers who have both been charged with attempted murder. At least I think that’s what they were both charged with. I’m not really sure.

When I think about it, and much of the time I don’t want to think about it, I imagine that everything in John’s life right now seems to be a shade of bad. And grief. And terror.

Here is what I know of his situation. On April 5, 2009, John started the evening saying goodbye to his mom and he called her six or seven hours later and told her he won’t be home. For a long time.

As it happens, I know more about lock-up than you’d think. My wife, Amy, was married to a man in prison. In Canada. She had gone inside to write a series of articles about prison; she was a journalist in Kingston, Ontario at the time. Fell in love with an inmate. Doing 13-to-life. For murder. A drug deal gone bad. She encouraged me to stop fretting and to write John.

I asked him what I could do for him.

Write, correspond, let him know I’m there, and send him books. That’s what he wanted and it seemed easy enough. I figured I’d choose a care package of books from my shelf. Then I learned that California prisons and jails only allow books mailed directly from a bookstore. I was irritated. What if I wanted to order books that my bookstore didn’t carry? Village Books in the Palisades assured me they would send John any book I wanted. So that’s where I did my jail book shopping.

John wanted Stephen King and John Grisham. I sent him King’s Cujo and Grisham’s The Bleachers. Thick books, good page turner stuff. After they arrived he wrote, “I received your letter and the books. I’ve just finished reading Charm School, the Nelson DeMille novel. It was great. It had so much action and I was turning pages like a madman. For awhile while I was reading I actually forgot where I was.”

I began sending him a box of paperback volumes via Village Books every third Sunday. I wanted him to keep his mind active. Focused on writing, reading, something that was mental, positive. Something that would open up his world even while he sat in his cell.

According to John’s mom, the early indication was that the DA might make a deal, offering the brothers 1-to-4 years. John’s mom thought that if John served too much time, and she believed 4 years was too much time, well, he might not be as tough as his older brother. A long stretch might break her younger son.

Occasionally I sent John money, $10 or $15, because I understood prisoners can buy a better brand of soap or toothpaste in the canteen or the prison store, whatever they call it, than the county supplied stuff. I imagined he could spend the money on soda or snacks. Something that might for a few moments make him feel a touch more human than he must feel the rest of the time.

Time passed and nothing much happened. We exchanged letters. I sent books. Mia, one of the booksellers at Village Books took an interest in John though she had never met him. She only knew that I was the guy who came in and bought mystery, espionage, and suspense novels and paid a few dollars more for the store to mail them with their return address.

This time she led me to the small alcove at the back of the store and said, “Why don’t you look through these?” These were galleys, pre-publication copies of novels that bookstores are inundated with in the hopes that they will carry an author’s or a publisher’s books. “If you see a title you think John would like, please take it. No charge.”

I browsed the stacks of books, found two mystery novels, and Mia kindly added them to the box of books she would mail on Monday. A week later I received a call from the store. The books had been returned. Who knew that one could only send a prisoner three books per week? I had sent four. All were returned. The jail could have kept three of the books and sent one back. But no. They shipped them all back.

Wouldn’t want a prisoner to have an extra novel or two lying around. That could be dangerous. It turns out that hardcover books are verboten because apparently, they are dangerous. The covers can be turned into knives.

I’d been teaching literature in the LAUSD for the past 17 years and I knew I’d bored some kids to death with my assignments, but I never knew you could actually kill a person with a book. Apparently, in jail, that’s a definite possibility. And that’s the world that John was living in now.

At the end of July, the brothers were to be arraigned in the Norwalk Courthouse. I’d never been to Norwalk, but it was summer and I was off, so I woke early, giving myself sufficient time to get lost, which I did, but still made it to court with time to spare.

I looked around the courtroom. This one, like the one I had spent so some many mornings in during a decade-long custody battle I went through some years back, seemed small and somber with only an oversized calendar—one that the judge and the court clerk could read from their chairs—-adorning a wall. A handful of lawyers milled about. A few people sat scattered among the 30 or so seats. I couldn’t tell if they were there, like me, to support a defendant or if they were victims there to stare down the accused.

As I had done when I was a plaintiff in family court, I waited. And waited. That seems to be the primary purpose of courtrooms – to wait. Wait for the judge. Wait for a case to be called. Wait so that the lawyers’ meters will continue to run up their $200, $300, $400 and $500 an hour fees.

Judge Roger Ito, not the famous Judge Lance Ito of the O.J. trial, took the bench. I watched as he heard his first case. Some kind of motion on some other criminal case was being discussed.

Judge Ito seemed introspective, kind, extraordinarily patient as he went over and over the situation with the lawyer from the first case, the details of which I never did quite grasp.

Finally, David Currie, the brothers’ lawyer, stood before Judge Ito. The brothers themselves would not appear in court this morning because there was a problem with one of the jail buses that was to have brought one of them to court. So, whatever legal procedure had been scheduled for today would be replayed again tomorrow morning. Same time. Same courtroom. A do-over. While the lawyer’s meter ran and the boys’ mother would have to pay the fare on her waitress’s salary.

I introduced myself to Mr. Currie as he exited the courtroom. I explained my interest in the case. Our interaction was brief.

The following day, Amy accompanied me back to the Norwalk Courthouse. The D.A. who approached the bench alongside Mr. Currie was not the same D.A. who had appeared here the day before.

Once again, the brothers were not present in the court. There was some other no-doubt excellent reason that I never did catch. (Busses, schedules, somebody forgot?) Mr. Currie requested that the arraignment be continued yet again until the next day. The continuance was a good idea, he confided in me as we exited the courthouse, because today’s D.A. was a substitute D.A. and he didn’t want to deal with someone who was unfamiliar with the case. They’d wait till the D.A. who’d be on the case from the start to return to work the following morning.

Good strategy. But, the meter was still running.

The following morning I did not go back to Norwalk.

I wanted John to see me in the courtroom. I wanted him to know that someone other than his mom and his girlfriend cared. I figured there was a good chance something else would screw up the process and I would have wasted another morning.

I slept in instead.

After the arraignment, I didn’t hear from John or his girlfriend or his mom for a while. A few weeks later when I was back in the Palisades where I play basketball every Sunday, I ducked into Village Books and sent three books with a note tucked inside.

A week or so later a letter arrived at my home. From John. Something had happened. Something new, different, extreme.

The D.A. was asking for 10 years for Damion. Twenty-five years for John.

I was stunned. Breathless.

I couldn’t begin to imagine how John felt. Or what was going through his mind.

Twenty-five years? For a boy who was a minor at the time of the crime? Just to make sure, I checked my records and the school records, and they proved John was indeed 17-years old at the time whatever it was occurred. What did occur that justified this kind of time as a plea bargain?

Twenty-five years? That is seven more years than he’s been alive, I thought.

Twenty-five years? Isn’t that what one gets for intentionally burning down a national forest? For rape? For premeditated murder?

Twenty-five years. I was pushing 60 and I could not even contemplate what 25 years in prison meant. And I was sure that John, who was 18, couldn’t wrap his head around that either.

To Be Continued on Thursday….

In the meantime, you can find Chapter One here. And Chapter Two here.

Dennis Danziger teaches English in the Los Angeles Unified School District. He is a former sit-com writer, author of the novel, A Short History of a Tall Jew, and is the co-founder of POPStheclub, high school clubs that support students whose lives have been impacted by incarceration.