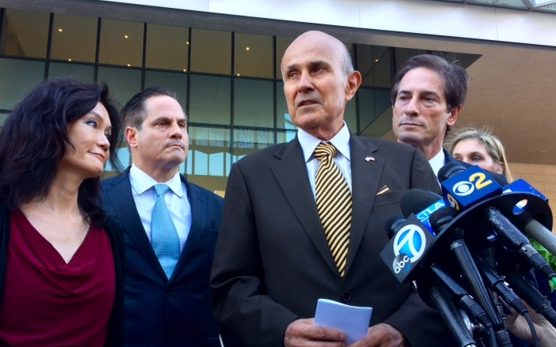 Conspiracy to obstruct justice, obstruction of justice, and making false statements to federal officials. In a unanimous verdict, delivered on Wednesday at 2 p.m. nearly on the dot, a jury of four women and eight men found the former longtime head of the Los Angeles County Sheriff’s Department guilty on all three counts.

If U.S. District Court Judge Percy Anderson wishes to give Baca the maximum possible sentence, Mr. Baca could do 25 years in a federal prison.

More likely a sentence will fall into the two-to-five year range. But, one never knows.

“I appreciate the jury system,” said a dignified-appearing Baca in front of the court after the verdict. “But I disagree with this verdict.”

The defense will, of course, appeal.

Look for lots and lots more on the story late Thursday.