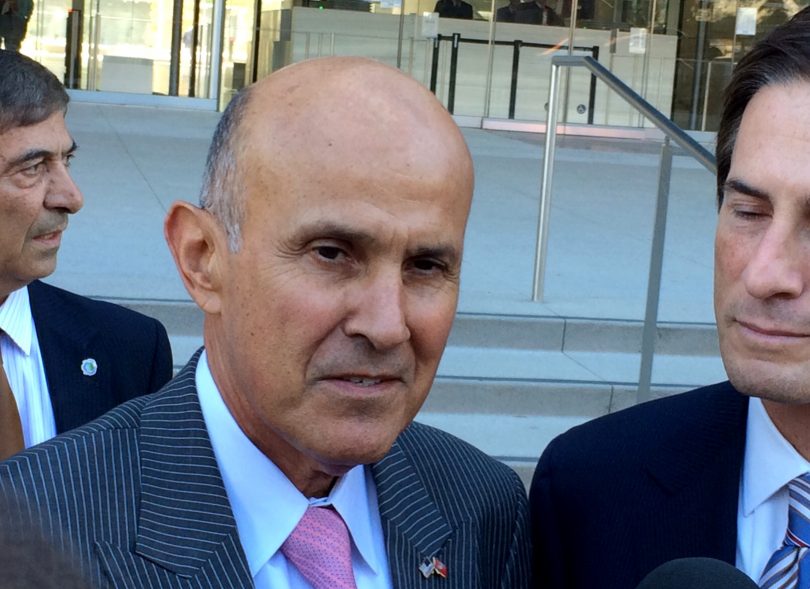 On the second full day of deliberation in the trial of former Los Angeles County Sheriff Lee Baca, the jury has been asking for things. (The jury actually began deliberation at 2:45 p.m. on Monday, but they went home at 3:30 p.m. that day.)

On Tuesday, they wanted a whiteboard and an easel.

In note No. 1 the jury asked if they could see a video of the testimony of former assistant sheriff Cecil Rhambo. Failing that, they’d like a transcript of Rhambo’s testimony.

U.S. District Court Judge Percy Anderson told the jury that there was no video, but that the panel could hear a read back of the testimony. It would take some time to prepare, Anderson said, as things like side-bars and objections would have to be deleted from the text.

In note No. 2 the twelve wanted to know if the federal government had the “constitutional right” to insert contraband into the jail in the course of an investigation. The exact wording of the note was as follows: “Being the first time the FBI inserted contraband into a jail, did the federal government have the constitutional authority in the action taken?”

The jurors were, of course, referring to the contraband cell phone that inmate/informant Anthony Brown received as part of a sting in which former deputy Gilbert Michel took a hefty bribe to pick up the phone from a supposed Brown friend, who was actually an undercover FBI agent, and then bring it to Brown in the jail—where eventually it was discovered by the LASD, and the actions that resulted in this trial were set in motion.

Answer from Judge Anderson: Yes. The feds may legally insert contraband in the county jail in the course of an investigation.

We will continue to bring you any meaningful updates as soon as they occur.