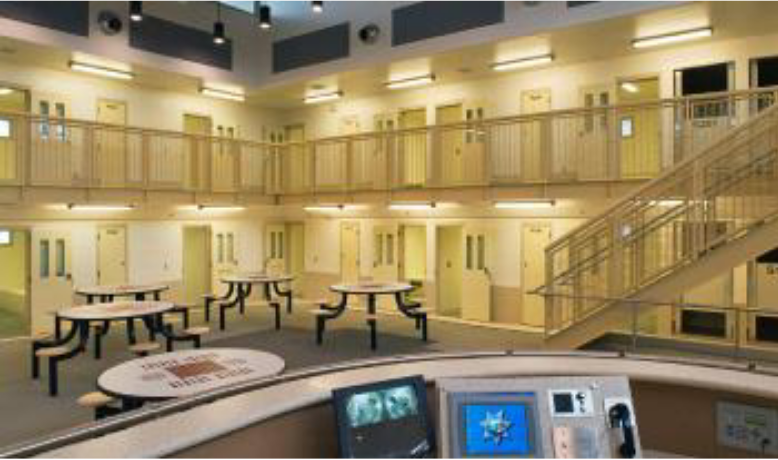 The impending closure of California’s long-troubled juvenile prison system, the Division of Juvenile Justice (DJJ), is a well-intentioned move meant to reshape the juvenile justice system into a more therapeutic and healing operation. Yet, according to a new report, realigning CA’s juvenile justice system to the state’s 58 counties has the potential to lead to a similarly terrible, punishment-focused, program-deficient, and even more costly arrangement — just at the local level, instead of the state level — as counties begin to take on the care of kids who would have been sent to the state system.

In 2019, the governor announced his decision to move DJJ out from under the supervision of the state’s prison system, the California Department of Corrections and Rehabilitation (CDCR), and place it instead under the umbrella of the Department of Health and Human Services (DHHS). That vision shifted to closing the system altogether.

Thus, on September 30, 2020, the governor signed SB 823, a budget trailer bill that lays the foundation for the realignment process.

Starting on July 1, 2021, the state will stop taking most youth found guilty of serious crimes into the DJJ system — keeping them instead in their individual counties. Use of the three youth prisons will eventually be phased out altogether, however, there’s no established full closure date. This is because the youth prisons will temporarily continue to take young people who might otherwise be pushed into the adult system. The state will also continue to operate its youth fire camp, which will be used for wildland firefighting career training.

The state’s plan includes the creation of a new Office of Youth and Community Restoration, an oversight entity that many believe will kick-start real reform by exercising the “power of the purse,” namely its control of millions in state and federal funding to motivate county agencies to reimagine their youth justice systems.

Yet, youth advocates and criminal justice experts foresee many pitfalls on the path to that reimagining.

In a report released this week, the Pacific Juvenile Defender Center and Youth Law Center caution that state and local officials are “at risk of replicating past mistakes,” if, through the system realignment, counties fail to reform their own juvenile justice systems to better serve kids’ needs and reduce harm.

Researchers found that, in recent years, counties have been ramping up their use of traditional jail-style juvenile halls — rather than “camps,” which are generally less restrictive residential settings in rural areas — and using them outside of their established purpose. Juvenile halls are generally supposed to be used as short-term placements for kids who have been arrested and are awaiting adjudication. In some CA counties, a majority of kids committed to juvenile halls were there for violating the terms of their probation, not for new offenses. These kids, the report stresses, should be served by community programs, not incarcerated.

Some kids are locked away for a year or more in these facilities not equipped for the long-term education of youth or rehabilitation.

“… Juvenile hall commitment programs suffer from many of the very things that caused Governor Newsom to want to shutter the state facility system” in the first place, says the Pacific Juvenile Defender Center’s Sue Burrell.

Youth advocates have expressed concern that shifting responsibility to the counties may not lead to the kind of change intended.

Justice experts have noted that prosecutors are likely to push more kids into the adult system in the absence of the option to send youth found to have committed serious and violent crimes to the state system. (For now, it appears that the state will continue taking this subset of kids.)

In the report, YLC and PJDC researchers reported “shocking” difficulty in accessing “even the most basic information” about some local juvenile detention systems. And the Board of State and Community Corrections collects hardly any data from counties about their juvenile lockups — not even racial demographics of incarcerated kids. Yet, 93 percent of the state’s youth prison system is comprised of youth of color. SB 823 requires the CA Department of Justice to “submit a plan by January 2023″ to improve and modernize a statewide system of juvenile justice data collection and reporting. This still means that better data gathering and analysis could be years away.

With all this in mind, the to-be-formed Office of Youth and Community Restoration will have a lot of work ahead to ensure that counties get it right in the ways that the state system hasn’t.

“The Governor’s goal of transforming youth justice as we know it,” Sue Burrell says, “cannot be fulfilled by locking youth in jail-like settings where they cannot exercise judgment, develop skills or engage in healthy peer activities, and where they lack meaningful access to their families and the community.”

Across the state, the average cost to incarcerate one child at the county level was $285,000 per year as of 2018. And, despite the overall movement toward decarceration and community care, some counties are still spending money to build and renovate juvenile halls.

Additionally, unlike the state, counties are not capable of getting federal foster care funding or Medicaid money for kids in custody.

“Locked facilities operate with high fixed costs, no matter the size of the in-custody population, making them an extremely poor investment,” the report states. “At a time when both the state and counties will face extreme budget shortfalls, counties must look to alternatives to confinement that provide a better return on investment, with healthier youth outcomes and lower costs.”

In LA County, which sends the most kids to the state system of any CA county, local leaders are taking important steps to prepare for juvenile justice realignment.

Amid a movement toward a “care-first, jail-last” county focused on community-based alternatives to incarceration, the LA County Board of Supervisors voted in May to use the then-newly announced closure of DJJ to reinvent youth justice at the local level. The motion called for the creation of a DJJ Transition Subcommittee focused on, among other tasks, developing strategies for preventing kids from being tried as adults, boosting community-based alternatives to incarceration for kids who would previously have been shipped to DJJ, and making sure that detention facilities do not slide back into old punitive practices that have either been abolished or are mid-phase-out.

In October, the county’s Youth Justice Work Group presented the supes with its report titled “Los Angeles County: Youth Justice Reimagined,” which envisions and lays out recommendations for realizing that “care-first” model at the juvenile justice level. On Tuesday, the board will vote on implementing the report’s recommendations and adopting it’s nine core values:

The supervisors will also consider a motion to improve the collection and public sharing of youth justice data. (We’ll have more on these motions next week.)