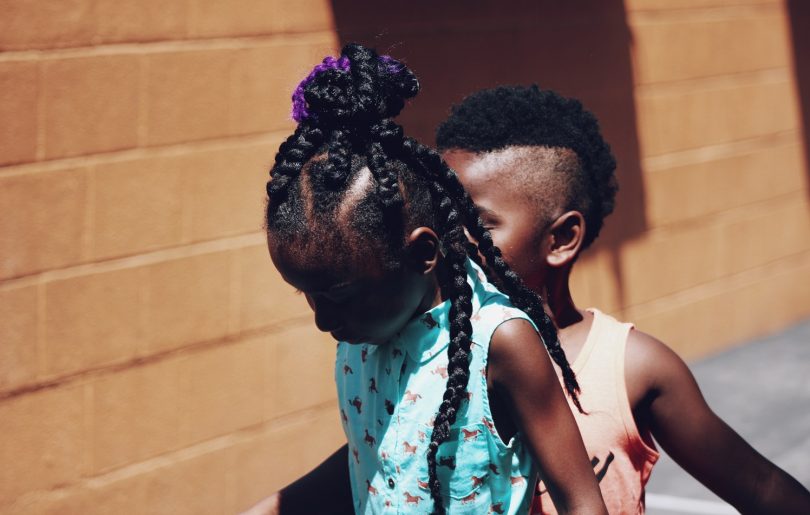 In Los Angeles County, as in many other areas of the U.S., African American children are disproportionately overrepresented in foster care when compared with their representation in the general population.

In addition, the representation of Latino children in the county’s foster care is continuing to grow, but the disproportionality is not quite as dramatic.

And there’s the fact that children who find themselves in the child welfare system are more likely than those who’ve not landed in foster care to have problems with health and/or education, wind up homeless, unemployed, and have an early and unplanned pregnancy.

Plus, since LGBTQ youth are already statistically more likely to experience greater health issues before they land in foster, once in the county’s care, the gap can widen further.

The disparities go on from there and include other groups such as Native American and immigrant children.

In the hope of finding a strategy to truly address these child-harming imbalances, LA County Supervisor Hilda Solis has authored a motion, with supervisor Sheila Kuehl as co-author, which would require the creation of an Office of Equity inside LA’s Department of Children and Family Services.  This new office would organize and manage the county’s efforts–existing and new—to root out and fix the disparities, while bringing the work under one centralized roof.

The two supervisors noted that organizations such as the National Conference of State Legislatures, the National Council of Juvenile and Family Court Judges, and the American Bar Association, and others have also been examining the issues and causes that give rise to disproportionality in the nation’s foster care systems.

Their various reports have collectively pointed to the reality that at every decision point within foster care—including the termination of parental rights—racial disproportionality is depressingly apparent.

With all this in mind,  some cities and jurisdictions across the U.S. have been implementing their own strategies to begin to address the glaring disproportionalities in child welfare, and are seeing some success.

Solis and Kuehl want the proposed Office of Equity to explore the positive outcomes of some of these smaller municipalities for “best practices” that might apply to LA County’s much larger system.

For example, there is Franklin County, Ohio, which found in 2005 that African American children represented 3,000 (47%) of the county’s foster care caseload.

When a new director of Children and Family Services came on the job in 2007, he was determined to make changes.

According to an American Bar Association report on Franklin County’s work, one of the keys to county’s progress was its willingness to work closely with the communities that were the largest sources of referrals, in the belief that community organizations would have the best idea of what services and resources these often impoverished neighborhoods were most lacking, and how those needs could best be filled.

Franklin also made a point of engaging its frontline staff in looking for trends in how decisions are being made at each point in the child welfare case that could influence disparities.

To locate hidden trends, Franklin County launched a task force, which drilled down into the data from a single year, looking at each subsequent decision once a child welfare referral was made in each case. In doing this microscopic deconstruction some of the questions the task force asked included:

The answers to these questions produced a discernable pattern:

The strategy seemed to work to the degree that, by the time that Fenner retired in 2011, in addition to the changes in disproportionality, the number of kids in foster care, in general, had dropped by 29 percent.

Another strategy that Nassau County, New York, has used to address their child welfare system’s persistent “over-representation” of African American kids in foster care,  is a process known as “blind removals.”

Blind removals require the caseworker who has conducted an initial assessment of the family to present the case to a committee without mentioning demographics or neighborhood. All identifiable information on the case file is removed and the discussion focuses on what has occurred, relevant history, and family capacity and strength. The committee then makes a recommendation regarding whether the children should be removed from the family.

And there are still other strategies, used successfully by other jurisdictions.

The need to differentiate

Solis and Kuehl are careful to point out in their motion that, although LGBTQ youth are also critically overrepresented in the child welfare system, “the reasons for their overrepresentation and their needs may be both similar and different from African American children, youth, and families.”

In other words, the solutions to this, or any other overrepresentation cannot be viewed as a one-size-fits-all matter.

If the motion passes on Tuesday, May 21, DCFS is to report back to the board in 90 days with a plan that,  among other things,  should outline the development of the office, and how it will work within the community and across the county’s foster care system to bring about change.”

To help jump-start the process, the motion asks for a “preliminary review of data reflecting patterns of child protection involvement by race/ethnicity and LGBTQ status to inform the development of priorities for the Office of Equity.”

WitnessLA will, of course, be tracking the progress of this much-needed endeavor.

Photo by Samantha Sophia at Unsplash