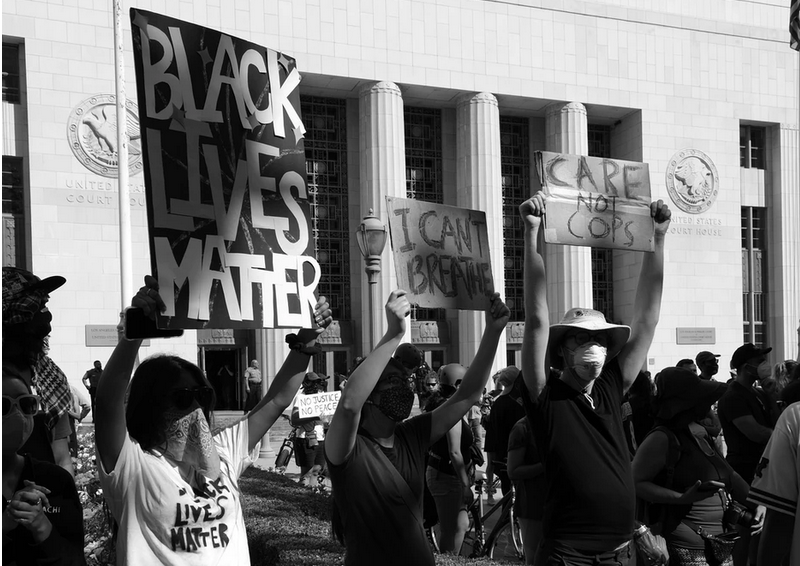 On a family vacation in Virginia in 2017, Democratic Maryland state Del. Charles E. Sydnor III was driving in the left lane on a nearly empty, unfamiliar highway when a state trooper pulled him over.

“Are you going to jail?” one of his girls asked.

The trooper said Sydnor, who is Black, had been driving too slowly. A new Virginia law made driving slowly in the left lane a primary offense, meaning an officer could pull over and ticket the motorist.

Sydnor, then 44, explained he was following his sister and her family in the car ahead and was about to make a left turn. He had seen a 45 mph speed limit sign in a school zone so had slowed down from 55.

The trooper proceeded to educate Sydnor on the law, saying the speed limit was 45 only if the sign’s lights were flashing, which they were not. White officers stopping Black motorists for routine traffic violations can have deadly results for Black men, and Sydnor’s mind flashed to how this one might go horribly wrong.

The trooper “had this attitude. It felt as though he wanted to show he was in charge in front of my wife and daughters,” Sydnor said in an interview. “I wasn’t disrespectful to him. He didn’t need to talk to me like that.”

The trooper let him go with a warning, and Sydnor was glad the Maryland legislature had recently defeated a similar bill, which he believed would have given officers too much leeway in deciding whom to stop.

State legislators, local officials, civil rights advocates and law enforcement personnel have grappled for decades with complaints that traffic stops unfairly target minority motorists. The George Floyd killing in May and demonstrations added pressure for change, and states and localities now are exploring new ways to reduce or eliminate pretextual or pretext stops.

In a pretext stop, an officer pulls over a motorist for a minor traffic or equipment violation and then uses the stop to investigate a more serious crime.

Police insist the stops are useful for investigating drugs and weapons possession, human trafficking and drunken driving, among other crimes.

But Black motorists, especially young men, have long noted how often they get stopped for petty traffic or equipment violations — failure to signal, broken license plate light, tinted windows and the like.

As part of the movement to curb police brutality, there’s renewed interest in reducing, or eliminating, pretext stops, which studies have shown to be racially biased. Police stop and search Black motorists more often than drivers of other races with little effect on crime, studies show.

Traffic stops are the most common interaction Americans have with police. On a typical day, police pull over more than 50,000 drivers — more than 20 million people a year.

“If you’re driving, it’s impossible not to break a traffic law — there are so many of them,” he said. “Police are always going to have a reason to pull you over.”

White drivers were about 20% less likely to be stopped than Black drivers as a share of the population, according to a study released last year.

The team of researchers from Stanford University and New York University analyzed a dataset of nearly 100 million traffic stops across the country over nearly a decade. White drivers, they found, were searched 1.5 to 2 times less often than Black drivers, but were more likely to have drugs, guns or other contraband.

“Black drivers were less likely to be stopped after sunset, when a ‘veil of darkness’ masks one’s race, suggesting bias in stop decisions,” researchers reported.

The federal government trains law enforcement agencies to use pretext stops in high-crime areas, and they are often perfectly legal.

In 1996, a unanimous Supreme Court ruled in Whren v. United States that pretext stops are constitutional as long as police officers identify an actual violation of traffic law, regardless of their motivation.

However, states and localities can limit the infractions police can use to stop motorists and what they do during stops, and more are doing so, through the courts, by law and local ordinance.

The Oregon Supreme Court ruled last November police could no longer pull someone over for a broken taillight or failure to signal, then ask unrelated questions, such as asking for consent to search the car for illegal drugs or guns.

“One of the things the George Floyd killing and other instances have made clear is police intervention can be highly problematic, especially for minority populations,” Virginia state Sen. Scott Surovell, a Democrat who chaired the committee that drafted the criminal justice package, said in an interview.

“Our legislative aim is to reduce the opportunity for law enforcement of minor infractions,” he said.

On Aug. 28, the Virginia Senate passed on party lines a bill to end citations for a broken license plate light, objects dangling from the rearview mirror, exhaust noise, tinted windows and the odor of marijuana — unless an officer has cause to stop or arrest the motorist because of another suspected violation. In addition, the bill prohibits law enforcement officers from searches or seizures based solely on the odor of marijuana.

Among the Republicans voting no was state Sen. William M. Stanley Jr., who has practiced law for 26 years and has represented thousands of criminal defendants in rural Virginia. He has defended so-called driving while Black cases, but he said, “I don’t see it happening all the time.”

Still, Stanley recognizes the racial disparities on minor violations: “My son can have a graduation tassel on his rearview mirror, but other people cannot,” he said.

“I’m not for pretext stops,” Stanley said, but he thought Democrats shouldn’t have lumped so many potential violations into the bill.

Tinted windows, for example, “are a real safety issue,” he said, and it’s a problem when police can’t see a license plate because the light is out. He slammed Democrats as “hypocritical” for previously making primary offenses of holding cellphones or failing to wear seat belts.

A similar measure is pending in the House.

Pretext stops can be fatal. In 2015, Sandra Bland, a 28-year-old Black woman, was found hanged in a Texas jail cell, three days after being pulled over on suspicion of failing to use her signal to change lanes. Her death was ruled a suicide.

The Texas legislature enacted the Sandra Bland Act two years later. The final version was largely a mental health and data collection law. Many policing provisions in the House bill were jettisoned after opposition from law enforcement groups and senators.

Sponsors vow to bring the policing measures back in January in a bill named for George Floyd, a Houston native.

Among its provisions, the bill would ban pretext stops and investigatory stops, often known as stop and frisk.

“I’m not saying it will be a slam dunk, but we have a better opportunity with George Floyd being from Texas and my district,” said state Rep. Garnet Coleman, a Democrat from Houston, chair of the House Committee on County Affairs and a nearly 30-year veteran of the legislature, in an interview.

“People were sitting at home because of COVID-19, watching the George Floyd killing over and over on TV,” he said. “We saw a man die unnecessarily. It was unconscionable. People can’t get it out of their minds.”

But Kevin Lawrence, executive director of the Texas Municipal Police Association, which represents more than 30,000 police officers in the Lone Star State, said: “We will be opposed to it. We think it’s bad public policy.”

He cited a famous traffic stop case from 25 years ago: Timothy McVeigh, the Oklahoma City bomber, was stopped 90 minutes after the bombing, in 1995. McVeigh was pulled over for not having a license plate.

“It happens every day — we find drugs, evidence of other crimes,” Lawrence said. “We use the traffic stop as a pretext. It’s a very valuable tool.”

Several cities and counties have moved to separate police and traffic stops.

Since 2018, Oakland, California, has deliberately reduced the number of police discretionary traffic stops by not stopping low-level offenders.

The Berkeley (California) City Council in July approved a policing measure that includes eventually transferring traffic stops from the police to unarmed civilian employees of a to-be-created BerkDOT transportation department.

Police unions and Mothers Against Drunk Driving oppose the change, and the mayor has said it could take a year or more to get the new department up and running.

In Montgomery County, Maryland, where Black residents are 18% of the population but were 32% of 2018 county police traffic stops, the County Council is studying the feasibility of installing automated traffic cameras to replace in-person stops.

“It’s a ready solution for bias in policing as long as the cameras aren’t deployed disproportionately in communities of color,” County Councilmember Hans Riemer, a Democrat, who commissioned the study, said in an interview. The switch may require state legislative approval, he said.

In San Diego, Jerry Sanders, the city’s former Republican mayor and former police chief, drew media attention in June with an op-ed saying, “Police need to stop pretext stops and the overuse of stop and frisk.”

“I was a cop for 26 years. I understand both sides, but I really think we need to be fundamentally rethinking the way we police,” Sanders said in an interview. “When you look at the stats, they don’t make sense.”

“That shakes the foundation of what we’re talking about,” Sanders said. “That really does change it.”

Joshua Chanin, an associate professor in the School of Public Affairs at San Diego State University, led the study. Police dismissed his 2016 report’s recommendation to minimize equipment stops and the City Council shelved the report, he said, but times may have changed.

In Maryland, Sydnor, now a state senator representing Baltimore County, earlier this year cross-filed a House bill in the Senate to end traffic stops of motorists simply because their license frame covers part of the plate. The measure was enacted.

His wife was recently stopped in Maryland and given a warning for having clear vinyl over her license plate.

“I asked police and they said, ‘Oh, yes, we can stop someone for that,’” he said.

Sydnor is weighing whether to introduce a bill next year to change that law.

“Being pulled over for something like that?” he said. “It doesn’t fly.”