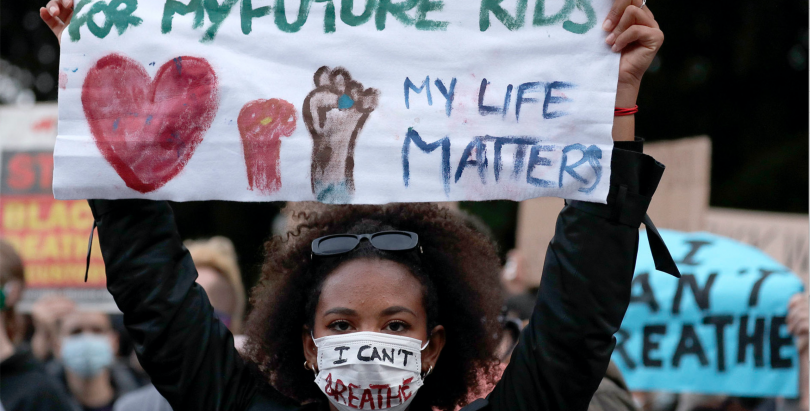 I was nine when I was first called a n____ while walking to my mom’s car after school.

Ten when I watched the savage beating of Rodney King by the Los Angeles Police Department on television. Eleven when I saw the flames and ashes of a city burning after four police officers were found not guilty.

When I was seventeen Abner Louima was sodomized with a broomstick and the police department attempted to cover up the crime. A few months later I was handcuffed for the first time; the probable cause, too many Black kids in a car.

An unarmed Amadou Diallo was shot and killed by the New York City Police Department a few months before my nineteenth birthday; he did not make it to his twenty-third. Forty-one shots and all four officers were found not guilty.

At twenty-one, an officer from the Atlanta Police Department raced up the street to stop me in my car as I was driving back to my dorm. By the time I was let go, three more patrol cars were on the scene because I was “verbally aggressive.”

I was three years older than Sean Bell when, at twenty-three and the night before his wedding, he was killed by police officers who fired fifty shots into his vehicle. All three of the officers who were indicted were found not guilty.

And in 2020, Ahmaud Arbery, Breonna Taylor, and George Floyd.

It has been grace, and grace alone, that has spared me from the violent deaths perpetrated against my brothers and sisters. But like Black people across this nation, I continue to ask the question, “Am I next?’

This fear is not new. Nor is it misplaced. The trauma caused by the abusive anti-Black relationship with America is generational and historical. We are bonded by ancestry and the collective pain of a people who have been brutalized and summarily ignored. From the middle passage to Minnesota. The deep wounds of racial violence permeate our bloodlines, our communities, and how we as Black people navigate through life.

In these moments where Black people are killed by police for being Black, and the response to peaceful protests of police brutality is often met by more police brutality, I have struggled to move beyond the paralyzing emotions of rage, fear, trauma, and grief. Like those who have taken to the streets to demand change, pained by the perpetual wounds of systemic racism and oppression, I am overwhelmed and triggered.

But silence is complicity, and my living will not be in vain. Retreating to the safe harbor of comfort during crisis is nothing more than cowardice. Radical change will not result with the acquiescence of passive progressives and the placating politics of patience and incrementalism.

In a land where “freedom” and “liberty” are excuses for exclusion, the aesthetic of justice that allows the assault on Black lives to continue unabated and that is protected by white supremacy must be dismantled and rebuilt. Justice is a false pretense if the constitution fails to be consistently, fairly, and justly applied to Black people.

We are our brother’s and sister’s keeper and each of us has a role in this fight for Black lives.

Here are a few ideas for what you can do to join the fight:

Over the past few days, my thoughts have centered around family. The families of those who have been killed by police. The mothers and fathers who are worried about their Black sons and Black daughters. And I keep thinking about my family.

In late February my wife came to me with exciting news: She is pregnant with our second child. A few weeks later, as the pandemic raged and the frailty of our systems of care was reaffirmed by the disproportionate impact of the virus, we received more news: We will be having a baby boy. I was beyond elated. Literally jumped and shouted, tears of joy welling up in my eyes. And for a brief period, perhaps a few days — no more than a week — we, my wife and I, felt the pure joy of this good news.

But as a Black man and a Black woman in this country, persistent and unbridled joy is fleeting. Our conversations lifting up the hopes and dreams for our unborn son were quickly tempered by our collective fears. Fear of bringing a Black baby boy into a nation that unrepentantly justifies the brutalization and killing of Black people. Fear of raising a Black boy into adulthood only to have his life prematurely extinguished because of his darker hue. Fear that a traffic stop will turn into our Black son being asphyxiated and strangled by a callous, depraved police officer with a knee to his neck for nearly nine minutes.

We are tired. We are angry.

We need accountability. We need this trauma to end and the wounds to heal.

We will not yield until black lives matter.

It is indeed our duty to fight. 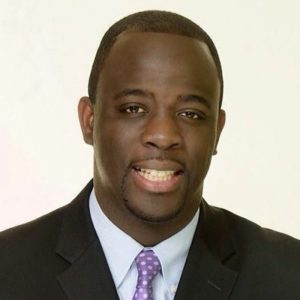 Alex Johnson is a program director at The California Wellness Foundation, where he manages a grantmaking portfolio focused on community environments, violence prevention and healing justice, and youth justice. Prior to joining Cal Wellness in June 2018, Johnson was managing director for Californians for Safety and Justice in Los Angeles.  He previously served on the California Racial and Identity Profiling Advisory Board. He is a current member, and past president, of the Los Angeles County Board of Education.