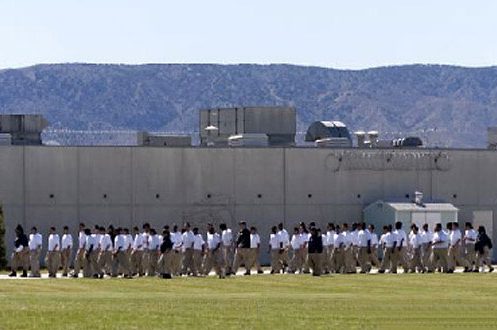 When the Los Angeles County Board of Supervisors voted on Tuesday, February 19, to phase out pepper spray, several dozen probation officers cheered at the board hearing in support of an individual who called black and Latino youth “savages” who were deserving of the use of chemical spray. Supervisor Sheila Kuehl denounced their actions as she called for the vote, 5 to 0, in support of the motion’s passage.

Last year, I abruptly retired from the LA County Probation Department after 30 years of service as a Deputy Probation Officer and supervisor in the juvenile division. Like many of my colleagues, I joined the department to positively impact the lives of the youth and families probation serves. But after decades of trying to improve the department, I came to accept the fact that its consistent label by youth advocates and press as troubled, beleaguered, ineffective and even harmful, was a truth I saw each day from the inside.

These failures have prompted the board of supervisors to take the unprecedented step of voting to create the country’s only civilian oversight body over a probation department. As part of that work, the board has scheduled a special hearing for March 16, at Carson Civic Center to talk about the use of pepper spray in youth lock-ups.

Around the time of the board’s vote, the probation department shared questionable data with the LA Times, which some officers used to suggest that they are the actual victims, and that staff will be unsafe without the use of pepper spray due to a massive spike in assaults by youth. The Office of Inspector General issued a letter the next day to reject the integrity of that data, and the conclusions drawn from it. Meanwhile, legitimate data shows that unnecessary, abusive use of force and pepper spray by staff on minors has significantly spiked.

None of this surprises me. During my final three years with probation, I served as a supervisor assigned to the Intake Detention Control unit, responsible for determining the detention status of recently/newly arrested youth.

During my routine walks at all three of the department’s juvenile halls, I would listen to most staff demonstrate little understanding of their work and duty to care for the youth they supervised; worse, many harbored extremely negative views of the youth they oversaw as bad, undeserving, dangerous, and irredeemable. It was no different than my experience while assigned to Camp Scott. There were exceptions, of course. But most often staff were focused on punishment, flouting the words of court orders that entrust probation with the “care and custody” of youth. As difficult as it was to work in this toxic environment, it was more difficult to come to terms with the unresponsiveness of leadership.

Probation is not just “troubled” and “beleaguered” – it is broken and requires transformation. Aside from changing practices like hiring, training, promoting and assigning of staff, the department needs to extract itself from a self-preservation mode. Currently, the combined intake average for all juvenile halls totals about 400 per month, yet the department continues to staff the unit, and pay overtime, as it did in 2008 when the intake average was 1200 a month. In fact, the caseloads of probation officers across the board, including at schools and field offices, have fallen dramatically. For three years I attempted to have the Detention Bureau leadership address this misuse of tax payer funds. But I was told that if we cut back on jobs, we would never get them back.

In placing the interest of the minors, adult probationers and the community first and foremost, the department can and should voluntarily shrink and reduce its footprint in the system. By doing so, it would not only do a better job with a smaller population under its care, it would also free up resources to be used by other county agencies and community based organizations that focus on health, education and other essential supports for people.

The current efforts by the board of supervisors to create a Probation Oversight Commission with robust powers, including but not limited to subpoena power, is essential and I am committed to its long-term work to enable the success of—not deter—the department. I had the privilege to serve thousands of minors and their families while employed by the Los Angeles County Department of Probation. When I was hired on in 1988, the makeup and attitude of the department perfectly squared with the spirit of the juvenile code to care for its wards. My supervisor and training officers at Camp Holton clearly identified that my main responsibility was to assure the safety and security of the minors I supervised. This is no longer the case. 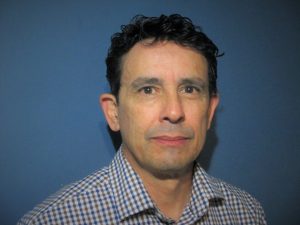 Eduardo Mundo was a probation officer for the Los Angeles County Probation Department for 30 years before retiring in 2018.