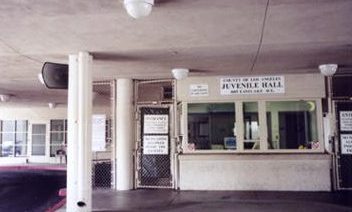 Last week we learned that an unidentified intruder posing as healthcare worker wandered, unimpeded, into LA County’s Barry J. Nidorf Juvenile Hall, located in Sylmar. After inexplicably gaining entry, the stranger took his un-searched briefcase and proceeded to one of the youth units inside the facility, where he removed his equipment from the said briefcase and began taking COVID “swabs” from kids. When the invader had finished his swabbing, he managed to exit the facility, all without ever being stopped or challenged.

Then on Tuesday, February 8, WitnessLA received word of a possible new crisis, this one having to do with the county’s other main youth lock-up, Central Juvenile Hall, located east of downtown LA.

Here’s the deal. (This is complicated, so stay with me.)

As many readers may remember, last September, the California Board of State and Community Corrections (BSCC) voted unanimously to declare that LA County’s two juvenile halls — Barry J. and Central, as they are called — were far out of compliance when it came to multiple basic standards of care.

Thus, the two lock-up for kids were declared “unsuitable for youth habitation.”

This drastic vote came after months of inspections, which repeatedly turned up a laundry list of changes that the BSCC repeatedly warned LA County it urgently needed to make. Finally, the state board, which is generally a conservative body, determined things had gotten bad enough that the board members had no way, legally speaking, to avoid voting to declare Barry J. Nidorf Juvenile Hall and Central Juvenile Hall as unsuitable places for kids to reside.

Since last September, however, LA County Probation, under the leadership of a new reform-minded chief, Dr. Adolfo Gonzales, managed to make enough improvements to the two juvenile facilities in question, that they were both able to creep back into the realm of suitability.

But when, early this week, the BSCC added a new, last minute “special order of business” to its agenda for the board’s meeting to be held this coming Thursday, Feb. 10, probation watchers considered this an ominous sign.

When it was initially posted, this new special order of business, directed the BSCC board members to “take action” on the “Determination of Suitability” of Central Juvenile Hall, which basically meant having a “suitability hearing,” to determine if the facility could safely house kids.

The fact that agenda item was added three days before the board meeting, suggest the matter was “an emergency” said a justice advocate familiar with the BSCC and its operation.

As it happened, the new BSCC agenda item came a few days after WitnessLA reported that, on Thursday, February 3, BSCC examiners visited Central Juvenile Hall to see if the facility was in compliance with the state’s regulations to the degree that is minimally necessary.

On the day of their visit, the BSCC group reportedly discovered a kid who said he had been exposed to COVID and was restricted to his room in “protective custody” for eleven days straight, all without any programming or exercise. This incident alone would reportedly put the facility solidly in the non-compliant category when it comes to the issue of room confinement, otherwise known as solitary confinement.

Initially some BSCC officials thought this Feb. 3 finding triggered in the need for the “suitability hearing,” which caused the emergency “Special Order of Business” to be added to Thursday’s BSCC agenda.

Then after further delving into recent agreements between the state board and LA County Probation, Allison Ganter, BSCC’s Deputy Director
Facilities Standards and Operations Division, determined that, when it comes to Central Juvenile Hall, the county was still operating under a three month “correctional action plan,” which began in December 2021, and ends in March 2022.

Bottom line. The drastic measure of a suitability hearing is not called for…yet.

Then, two months from now, Ganter and company will reinspect Central prior to the Board’s April 7, 2022 board meeting, in order to find out whether or not the facility is in compliance with both the December 2021 corrective action plan, and the soon to be written March 10, 2022 corrective action plan.

In short, contrary to what we originally heard (and wrote) on Tuesday, probation has more time to fix the harmful ways they are still confining and isolating kids, methods that violate a lengthy string of sections of the California Welfare and Institutions Code.

If they don’t make those changes, the BSCC suitability hearing that is not occurring on Thursday, February 10, could be re-scheduled for April 7, 2022.