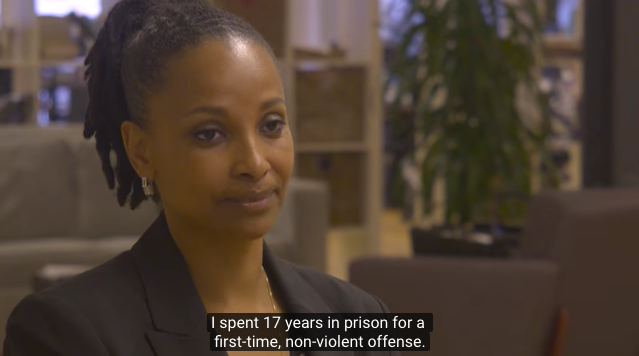 On Tuesday, President Barack Obama granted 79 more commutations, pushing his clemency total over the 1,000 mark—more than the last 11 presidents combined.

“The number 1,000 is significant, but it’s important to remember that this is more than a statistic,” Deputy Attorney General Sally Yates said. “There are 1,000 lives behind that number, 1,000 people who had been sentenced under unnecessarily harsh and outdated sentencing laws that sent them to prison for 20, 30, 40 years, even life, for nonviolent drug offenses.”

The men and women granted clemency by the president were serving outdated sentences for cocaine, methamphetamine, marijuana, and other drug-related offenses. Twenty of those who received commutations had been serving life sentences.

“It’s part of my job to review the petitions for each of these individuals, and I’ve been struck by the common threads woven through many of them – lack of access to education or real economic opportunity, absence of parents, drug addiction, hopelessness,” Yates said. “But in these petitions I’ve also seen something else – remarkable introspection, a real sense of responsibility for their conduct, and a dogged determination not to repeat the mistakes of the past and to ensure that they, and especially their children, chart another path.”

The president has granted far fewer pardons (which wipe a person’s criminal record and restore their rights) than many of his predecessors, despite receiving more than 3,000 petitions during his eight years in office. Obama has granted 70 pardons during his two terms. George W. Bush pardoned 189 men and women, Bill Clinton granted 396 pardons, Ronald Reagan granted 393, Jimmy Carter granted 534, Lyndon B. Johnson granted 960, and Harry S. Truman granted 1,913.

Advocate groups including #Cut50—led by CNN political commentator former and Obama administration official Van Jones—have urged Obama to keep pushing through commutations in the weeks he has left in the White House.