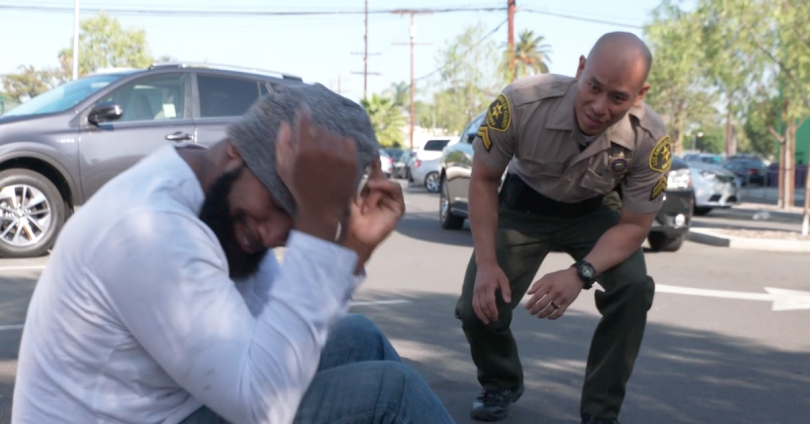 The “Roll Call Mental Health Training” videos are accessible to law enforcement agencies across the country for free.

“The new training videos give more officers and deputies access to critically important information about individuals who suffer from mental illness,” said Jim McDonnell, Sheriff of Los Angeles County. “This resource will help provide police with some of the tools needed to increase compassion and reduce the need to use force. The goal is to purposefully de-escalate the situation and work toward a positive resolution and get them help.”

The eight videos are 7-10 minutes long–short enough that they can be played during roll call, rather than in a traditional training session—and offer scenario-based training on issues like nonviolent de-escalation, identifying and assessing mental illness, potential suicides, understanding Autism, and self-care, among others.

Patricia Costales, CEO of the Guidance Center says that collaborations like the Roll call Mental Health Training project help to break down the stigma surrounding mental health through education. Costales stresses the “urgent need to address mental health differently in our communities across the country.”

According to sheriff’s department data, 82% of total use of force incidents in 2016—excluding shootings—involved people who either had a history of mental health issues, or were under the influence, or both.

The sheriff’s department has a couple dozen Mental Evaluation Teams–comprised of a specially trained sheriff’s deputy and a Department of Mental Health clinician– that respond to mental health crisis calls, and work to diffuse potentially violent situations, and avoid arrests and hospitalizations when possible. (The LAPD and LBPD have officer-clinician teams, as well.) These teams cannot respond to every call, however.

A February report from the sheriff’s department’s Civilian Oversight Commission evaluated the state of the LASD’s MET program, and concluded that the department needed to increase the number of MET teams from 23 to 60. The report pointed to the fatal shooting of Dennis “Todd” Rodgers, a man with bipolar disorder who was brandishing electric hair clippers in a parking lot and “acting erratically” when deputies shot him. The deputies had asked for an MET team to respond and de-escalate the situation, but there were only two teams on duty in the whole county, and both were responding to other calls.

Through the video series, the three law enforcement agencies hope to foster better outcomes for police encounters with people experiencing mental illness, which are often some of the most “challenging circumstances” officers find themselves in, says LAPD Chief Mike Moore.