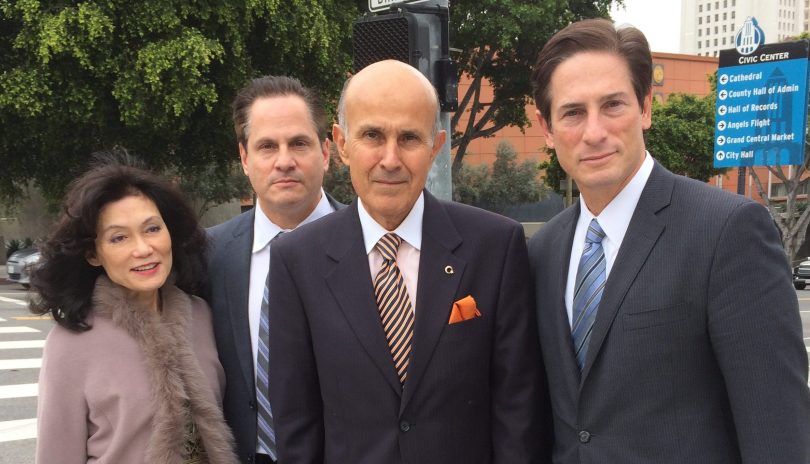 The Date is (Mostly) Set

The date of May 15 has been set for sentencing former Los Angeles County sheriff Lee Baca.

After the jury in Baca’s trial announced their verdict last Wednesday, finding the former sheriff guilty of obstruction of justice, conspiracy to obstruct justice, plus a single count of lying to federal investigators, the prosecution and the defense squabbled over when exactly the former sheriff should be sentenced. The defense asked Federal District Court Judge Percy Anderson to set a date several months in the future, arguing that their team needed the time to gather everything together necessary to defend their position on sentencing.

The government argued that Baca’s people had already done all that prep work last year when Baca was going to be sentenced as part of the plea deal he’d made with the feds.

For those who don’t remember, in February of 2016, the former sheriff pleaded guilty to one count of lying to federal officials in return for an agreed upon sentencing range that could be no higher than six months of prison time but could go as long as no time in prison at all. But Percy Anderson, who was the sentencing judge at that time too, announced that a mere six month sentence “trivialized” the harm that be said Baca had done. Then Anderson proceeded to blow-up the plea deal. Baca and his people decided that, rather than try to work out a new deal—which, obviously, would mean a much longer sentence than agreed to originally—the former sheriff would take his chances on a trial.

Baca’s first trial took place in December 2016, and resulted in a hung jury, with eleven jurors voting to acquit. Trial two ended on Monday March 13. Two days later, the jury came in with a guilty verdict on all three counts.

Now, if Judge Anderson wanted to go with the statutory maximum, Baca could end up with a 20-year sentence. But given that Anderson also sentenced Paul Tanaka, Baca’s notorious former second in command, and he gave Tanaka five years in a federal prison, it is unlikely that he would go too much above that number for Baca.

Anderson could also go lower. Even though the former sheriff is…well, the former sheriff, i.e. the guy who stood on the topmost rung of the responsibility ladder, Tanaka was portrayed—-both by the government during his trial, and in a scathing report written by the Citizens Commission on Jail Violence—as far darker figure who not only allowed, but actually encouraged a culture of violence and corruption inside the LASD-run county jails, and also in the department’s patrol stations. And as stern as Anderson’s lecture to Baca may have been when the judge tossed out the plea deal last summer, his lecture to the former undersheriff wasn’t stern, it was blistering.

Before Anderson set a sentencing date, he asked both sides to submit motions supporting their respective positions over last weekend, so that he could rule on a date and time this past Monday.

The prosecution team submitted a lengthier version of what lead prosecutor Brandon Fox said in court. “The defense has already obtained and filed 229 letters on behalf of defendant Baca,” the prosecution noted. “Thus, the time consuming matter of getting letters is already done.”

The defense, however, stated in their motion that they felt it was essential for the former sheriff to have a new evaluation of his Alzheimer’s disease, in order to “determine its progression since the July 2016 initial sentencing date,” they wrote.

Hochman and company also told the judge that Baca’s team had two experts lined up as they felt up-to-date-information about Baca’s mental condition “is absolutely crucial” for the court to have prior to any sentencing.

In setting the May 15 date, Anderson came closer to the May 8 date suggested by the prosecution, than the May 31 date that the defense requested.

But, having a date set doesn’t preclude either the defense or the prosecution from moving for a continuance or two. Thus, May 15 may not remain permanent.