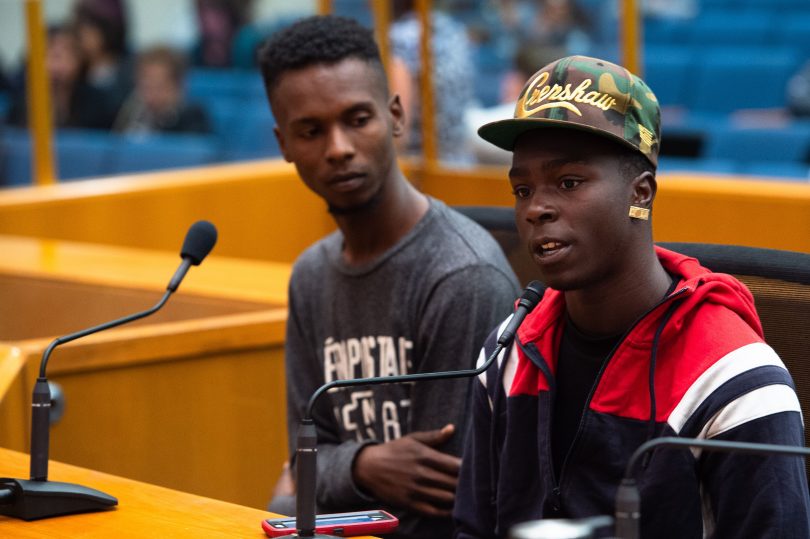 Since 2017, more than 100 people have died while in the custody of the Los Angeles County Sheriff’s Department or during encounters with LASD deputies who choose to use fatal force.

Often, the families of the deceased receive insufficient information about their loved one’s death, and little support in the aftermath.

On Tuesday, the Los Angeles County Board of Supervisors took the next step in an effort to improve treatment and support for the families of those who died in custody or were killed by members of the sheriff’s department.

The motion, authored by Supervisors Mark Ridley-Thomas and Sheila Kuehl, calls for the creation of a multi-disciplinary Family Assistance Program “aimed at improving compassionate communication with and providing trauma-informed support to families” who have lost a loved one in an LASD-related incident. 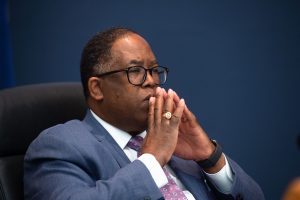 “When families and communities need to heal, it is incumbent upon us to marshal our resources to help them,” Supervisor Ridley-Thomas said. “A Family Assistance Program is not only humane, it can also improve police-community relations and prevent further violence.” Moreover, Ridley-Thomas said, “creating a Family Assistance Program is, at its core, about compassion and holding true to our values as a community, even in the face of crisis.”

Last August, at the prompting of a number of LA County residents and advocates in the community, as well as the LA County Office of Inspector General, the civilian commission overseeing the LA County Sheriff’s Department developed an ad-hoc committee to investigate how the LASD interacts with the families of those who are killed after contact with the department, the commissioners convened an ad-hoc committee to investigate the issue–with the goal of improving sheriff’s department practices.

That committee spoke with individuals and families that lost their loved ones, as well as community organizations and the county departments that communicate with and serve families after a deadly incident.

The committee members found that it was alarmingly common for families to be left without adequate information regarding the circumstances surrounding the death of their child, parent, sister, brother or other family member. Additionally, families are often treated clumsily by law enforcement, and do not receive sufficient support to address the trauma they experience following the crushing loss of someone they love.

The COC committee developed seven recommendations for the sheriff’s department:

In October 2018, in response to the committee’s findings, the LA County Board of Supervisors directed the county CEO’s office, in consultation with the sheriff’s department and other relevant county departments, to return to the board with a plan for implementing the recommendations.

On Tuesday, with that report now in hand, the board voted to move forward with the Family Assistance Program.

“We were all moved by the stories and testimonies of members of our communities who have lost loved ones,” said Brian K. Williams, Executive Director of the Civilian Oversight Commission. “The creation of the Family Assistance Program illustrates how when we listen to one another, dialogue, and collectively work together, good things can happen. This is a great example of the work that the Commission is capable of.”

The motion directs the LA County Director of Mental Health to hire Family Assistance Advocates (FAAs) to act as the primary liaison for families grieving the loss of their loved one. The job of each FAA will be to “communicate timely updates to families, help families navigate the County’s process, identify resources that may be available to them, including funds to assist with burial costs, and provide crisis intervention, stabilization and grief counseling.”

The Sheriff, District Attorney, Chief Medical Examiner-Coroner, Registrar-Recorder/County Clerk and the Directors of Mental Health and Public Health must also identify specific staff members who will collaborate with the FAAs to give families “timely, coordinated, and respectful information” about their loved one’s death and the investigative process.

The Family Assistance Program will also assist families with burial costs, offer trauma-informed services to the community in the wake of a law enforcement shooting–including counseling for witnesses–and will include a website where families can access important resources and information about law enforcement protocol surrounding in-custody deaths and fatal uses of force.

The plan includes the development of a curriculum for the LASD and Medical Examiner-Coroner that will provide traumatic grief-informed training.

“These families who lose a loved one through an encounter with the Sheriff’s department or die in custody under the jurisdiction of the County go through traumatic grief,” said Patti Giggans, L.A. County Civilian Oversight Commission Chair and Executive Director of Peace Over Violence. The Family Assistance Program will ensure that families receive “timely information and a warm hand-off to services.”

Both information and access to services are sorely needed among grieving families, numerous speakers told the board on Tuesday.

The Youth Justice Coalition’s Kim McGill told the story of 20-year-old Jonathan Cuevas, whose mother found out about his death from friends and the news, rather than from a member of the sheriff’s department, after a deputy killed her son in 2010. The family had to hold car washes to pay for Jonathan’s burial, McGill said.

Another young man, Deandre “Trey” Brunston, died, unarmed, in a hail of 81 bullets in 2003. The deputies involved, McGill said, left Brunston bleeding on the ground without medical attention. Their K9, which caught some of the bullets the officers fired, was quickly “scooped up” by an officer. The department organized “an official sheriff’s funeral attended by hundreds of deputies to honor” the dog they shot, “but never met with [Brunston’s] family” or with the community. 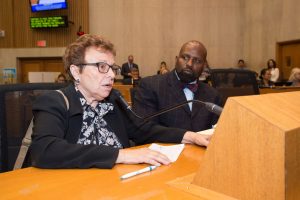 Jacob Jackson told the board about the circumstances surrounding the loss of his brother in 1994, the pain it brought his mother, and the absence of the older brother he wished he had grown up with. His mother, he said, found out about her son’s death from a message on the answering machine. “She asked for help from the police,” but “they ignored her,” Jackson said. The “support of FFA” would help families “have closure” in the aftermath of an in custody or use-of-force death.

Supervisor Hilda Solis recounted another story of the county’s failure “just a few days ago” to provide compassionate communication and services to the family of an 18-year-old who was killed by law enforcement.

“I’ve heard the same things related over and over again from family,” Solis said. “And in this case, what we have heard over and over again is that the family heard about the death through a network, and not through county resources, that they were confused and upset by the wait time to go and see their deceased loved one, and that they were deeply concerned about how he was portrayed in the media regarding his death.” This family “really needed support and follow-up services”–services that Solis “made sure” the Department of Mental Health addressed.

Photos by Bryan Chan, LA County Board of Supervisors. Main image: Jacob Jackson talks about the loss of his brother.