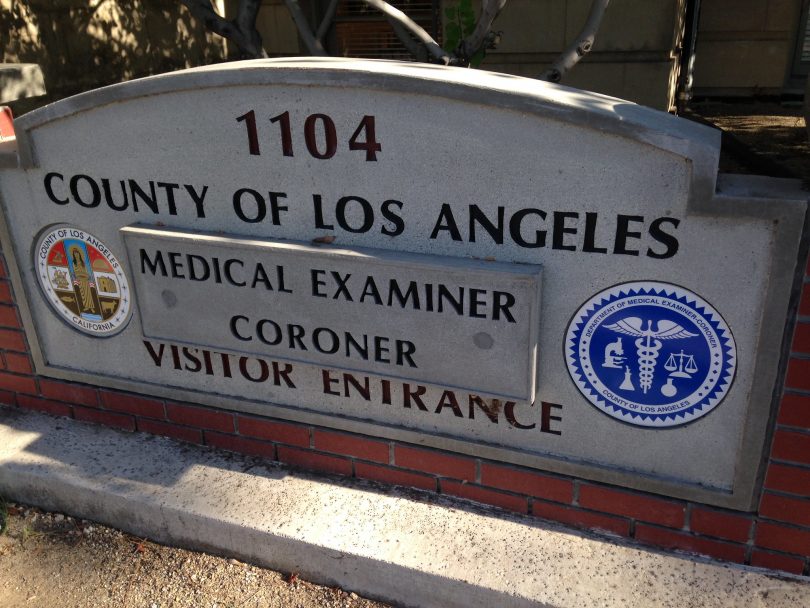 In more than two dozen cases in LA and San Diego counties, organ and tissue harvesting companies have swooped into morgues before autopsies, taking body parts, and leaving coroners to conduct incomplete examinations, according to an investigation by the LA Times.

In these cases, medical examiners often had to use hospital reports to fill in the blanks, and were even sometimes unable to determine causes of death in suspicious cases because the organ procurement companies had removed vital evidence. Next week, LA County officials may decide to investigate the situation.

Last week, the Times revealed that in at least one instance, prosecutors had to drop a murder charge after tissues were taken from a body. In another case, the coroner was unable to determine whether a homeless man’s intense fight with a police officer had any role in the man’s death eight days later.

In the case of a Long Beach woman who died in 2008, a harvesting company called OneLegacy reportedly upended a suspicious death investigation. Stephen Beal allowed the company to obtain bones and skin from the body of his wife Christine after she had taken an ultimately fatal — and suspicious — tumble down the stairs. There was nothing the coroner’s office could do to properly examine the body, despite the fact that the husband had been “uncooperative” in answering questions at the hospital. And a decade later, Stephen Beal was arrested on suspicion of killing his ex-girlfriend, Ildiko Krajnyak, who had died after opening a bomb hidden within a package.

And yet, these body parts are not often going to transplant patients, as a reasonable person might expect. Instead, bones, skin, organs, and fat are sent to medical companies and cosmetic companies that just want to improve their products and their bottom lines.

On Tuesday, the Los Angeles County Board of Supervisors voted in favor of a motion by Supervisor Hilda Solis that directs County Counsel and the Department of the Medical Examiner-Coroner (DME-C) to look into the issue of organ harvesting in LA County and report back to the Supes in 90 days.

The report will include detailed information on the scope of organ harvesting in LA County, as well as what laws and policies govern and inform the relationship between the coroner’s office and organ harvesting enterprises.

Finally, the motion directs County Counsel and the DMC-E to offer recommendations for improving the system.

DMC-E staff members have “the difficult job of piecing together physical evidence available on and about the body of the deceased, as well as obtaining information surrounding the death and about those who have died, including that available at the scene, to reach conclusions about the manner and cause of death,” the motion states. “While organ and tissue donation is invaluable, saves lives, and improves the quality of lives, it is important to ensure that it does not interfere with the death investigation services our County residents receive from DME-C.”