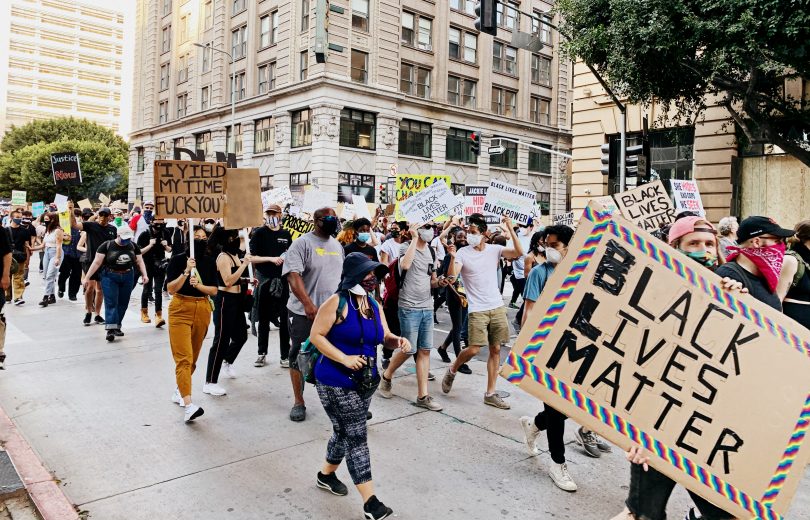 In the weeks following the start of widespread protests over the deaths of George Floyd, Brionna Taylor, Ahmaud Arbery, and many other Black Americans killed during encounters with police, law and policy makers across the country are beginning to answer the calls for radical changes to public safety in the U.S.

In the city and county of Los Angeles, quickly proposed reform ideas criticized as unsubstantial are now being replaced with what justice advocates say are small but important steps toward real change.

On Tuesday, the Los Angeles County Board of Supervisors approved two such forward-moving motions, while sending a third motion built from Campaign Zero’s controversial #8cantwait use-of-force policy strategies back without a vote.

Specifically, Hahn’s motion directs the Department of Mental Health, in conjunction with its Health and Human Services Crisis Response Coordination Steering Committee, to come up with ideas for either a crisis response phone number separate from 911, or a way to triage and divert calls within the 911 system, that would send non-law enforcement teams to answer health and human services calls, rather than armed officers.

For the Youth Justice Coalition’s Sage Scanlon-Perez and her family, the need for alternatives to 911 is personal and painful.

“I am speaking as a sister of a brother that navigates a severe mental health diagnosis,” Perez said, addressing the board. “Over the past decade, my family is forced to call 911 when navigating my brother’s condition, because there exist no other options for mental health crises. I’ve seen the police Taze my brother, multiple deputies tackle him to the ground, and all-around not understand how to help him in his manic states.”

Her brother needs a counselor, Perez said. Instead, “what he usually gets is tossed around and a night in jail.”

In 2015, a KPCC investigation found that of the people against whom LA County law enforcement used force, 40 percent had a mental health condition.

“I don’t want my brother to be a part of that statistic,” said Perez. “Please vote … to create a better 911 system in order to protect the vulnerable among us and ensure our loved ones are treated with care.”

When families of loved ones experiencing mental health crises need to call for help, Supervisor Hahn said, “It is important, as we are seeing now, that the right kind of help arrives.”

“LA County has created multiple teams of professionals that are trained specifically to respond to crises involving mental health, homelessness, or substance abuse,” the supervisor said, “but most people in the general public don’t know how to call for these teams, and they simply call 911.”

But sending out law enforcement to respond to these sensitive needs too often leads to escalation of the situation and ends in tragedy.

“We are asking law enforcement to wear so many hats,” said Hahn. “They are not trained social workers, mental health workers, substance abuse workers, and homelessness workers,” yet society relies on them to perform these duties better handled by teams trained in health and human services.

“LA County and the nation needs a smarter and safer 911 system,” said YJC’s Kim McGill. “We urge a more robust vision for what it means to end police and law enforcement violence.”

“I have to believe that if we had more robust programs” that send specially trained professionals to de-escalate crises, “some of the instances that you’re seeing taking place throughout this country would not occur,” said county Supervisor Kathryn Barger. “I maintain that it’s not an ‘either-or’ as relates to law enforcement, it’s an ‘and’ because these types of services should be done to enhance public safety and for the benefit of our law enforcement across the county.”

Sheriff Villanueva expressed alarm at the idea of bringing change to the current 911 system. The sheriff’s department, he said, has specialized homeless outreach teams, as well as two other programs that pair deputies with mental health clinicians and social workers. The county should focus on increasing the capacity of these co-response teams, the sheriff said, but not “at the expense of dismantling or diverting the 911 system.”

The motion, Hahn said, was not about “dismantling 911,” but about making space for “non-law enforcement response” to emergencies.

Several speakers, including community organizer Angela Chung, urged the county leaders to consider proven alternatives to incarceration, including Eugene, Oregon’s Crisis Assistance Helping Out On The Streets (CAHOOTS) program, which has offered people experiencing mental health crises law enforcement-free emergency assistance for three decades, and is a model that’s spreading across the country.

At the city-level this week, the LA City Council’s ad-hoc committee on police reform approved a similar motion to develop a similar crisis response program that eliminates the need for law enforcement to respond to non-violent mental health, homeless, and substance use-related calls.

A similar movement is emerging at the state level.

A second county motion, this one by Supervisors Janice Hahn and Hilda Solis, asks the CEO, Sheriff’s Department, and all other criminal justice agencies and departments to examine how the county spends Realignment funds, and whether that money could be redirected to services and programs that keep people out of lockup, including housing, mental health treatment, substance use programs, diversion, and other community-based services.

In 2011, to address extreme prison overcrowding, California passed the Realignment Act (AB 109), shifting the incarceration burden for certain low-level offenders away from the overburdened California state prison system to the states’ 58 counties.

According to Supervisor Hahn, who introduced the motion, nearly all of each year’s realignment money has gone to the sheriff’s department and the probation department, rather than to much-needed programs and services.

“Now is our moment,” Hahn said, to closely examine “the way we spend funds” that may not need to be dropped into the sheriff’s department’s vast budget. “Maybe it doesn’t have to be that way,” she said.

Also on Tuesday, a motion that would have called on the LASD and the other 46 police departments in the county to adopt the following 8 use-of-force-related policies, if those policies were not already in place within the agency:

1. Requiring officers to intervene to stop another officer from using excessive force

2. Restricting, or prohibiting, the use of all neck restraints, including chokeholds, strangleholds, and carotid restraints, and knee-on-neck maneuvers

3. Requiring officers to de-escalate situations, when possible, before using force

4. Using a Force Continuum or Matrix that defines and limits the types of force that can be used to respond to specific types of resistance

5. Requiring officers to give a verbal warning before using deadly force

6. Prohibiting officers from shooting at people in moving vehicles unless the person poses a deadly threat by means other than the vehicle

7. Requiring officers to exhaust all other reasonable alternatives before resorting to using deadly force

8. Requiring comprehensive reporting that includes both uses of force and threats of force

The motion’s authors, Supervisors Mark Ridley-Thomas and Janice Hahn, sent the motion back for further review and possible revision, after hearing from community members in recent weeks who criticized #8cantwait as lackluster changes that would undermine the efforts of the county’s Alternatives to Incarceration Workgroup (ATI).

The ATI began working early last year to create a roadmap for a new countywide system designed to provide “care and services first,” and to use jail as the last resort.

Still, community members made sure the supervisors heard their complaints against the #8cantwait policies.

YJC’s Sage Scanlon-Perez told the board that the strategies listed in the motion “do not reflect the needs of criminalized communities, and will only work to appease and distract community members from real change that will actually benefit us.”

“The changes proposed in [the motion] have been made mostly in LA county and across the state” already, said Kim McGill of YJC. “We need real change, not repeated changes.”