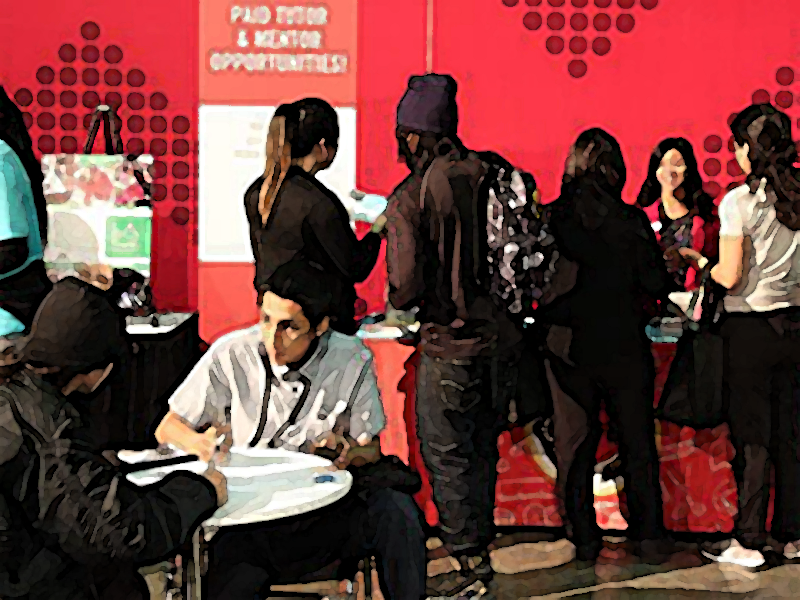 On Tuesday, the Los Angeles County Board of Supervisors voted in favor of a plan to improve outcomes for so-called “disconnected youth” between the ages of 16 to 24 who are not in school and are not working. The designation includes young people who are in the foster care system, those who have dropped out of high school, formerly incarcerated youth, homeless individuals, and young, low-income parents.

Just under out of six people in LA County between the ages of 18-24 is out of school and not working, according to a 2016 report by the LA City’s Workforce Development Board. Nationally, there are 4,881,500 disconnected youth, or approximately one in eight 16 to 24-year-olds, according to Measure of America. Rural counties tend to have considerably higher numbers of disconnected youth, than urban and suburban areas. Youth of color are far more likely to be disconnected. Asian-Americans have a disconnection rate of 7.2 percent, while 10.1 percent of white youth, 14.3 of Latino youth, 18.9 percent of black youth, and 25.4 percent of Native American youth—a staggering one-in-four—are disconnected.

In 2012, the White House selected nine communities to participate in the Interagency Performance Partnership Pilots for Disconnected Youth initiative (LAP3). Through the initiative, state, local, and tribal governments are given the opportunity to implement strategies to improve outcomes for low-income, disconnected young people.

The city of Los Angeles was selected to participate and received a $700,000 planning grant to develop the LAP3 initiative. In 2015, the LA County Board of Supervisors voted to participate in the initiative via a city-county partnership. LA County’s Workforce Development Board approved the LAP3 plan on Sept. 29, 2017.

“Despite near record low unemployment in the region, approximately 445,000 young people in the county face future economic challenges unless they are reconnected to educational and employment opportunities,” the letter stated.

One of the main goals of LAP3 is to empower young people and help them along the path to self-sufficiency and resiliency “by respecting their needs and desires.”

Through LAP3, LA County will expand a successful LA city program that created LAUSD Pupil Services Attendance Counselors to “conduct comprehensive youth assessments, and link them to education and appropriate services.” The county will employ this strategy for students and kids who have dropped out in South LA, East LA, and Southeast LA. Kids who have left school will get a second chance to complete their education, while receiving work experience and other employment services.

In 2017, the Greater LA Homeless Youth Count found that there were approximately 6,000 youth between the ages of 18-24 who are homeless on any given night—an increase of 64 percent over the previous year.

LAP3 will help to expand housing and workforce services for homeless youth.

Additionally, there are around 5,400 foster youth between the ages of 16 and 24 in LA County. The plan calls for the identification of foster kids still in school who would benefit from employment services.

The LAP3 plan involves ensuring that young people between the ages of 18 and 21 who are in diversion, who have recently experienced homelessness, or who in extended foster care, will be enrolled in the county’s Youth@Work Program, which was launched this July. The program “provides approximately 15,000 youth with paid work experience, while connecting youth who need additional assistance to a comprehensive and strategic set of employment, career pathway, and supportive services, available through the County’s America’s Job Centers of California,” the motion states.

The county will also launch the “Youth Bridges Program” which, through Youth@Work, will help at-risk young people to obtain careers in county departments.

Implementing the recommendations will not come with an additional net cost for the county, because they do not require new programs or services. Instead, the initiative will connect kids who are already “accounted for in each affected department’s approved Operating Budget.”