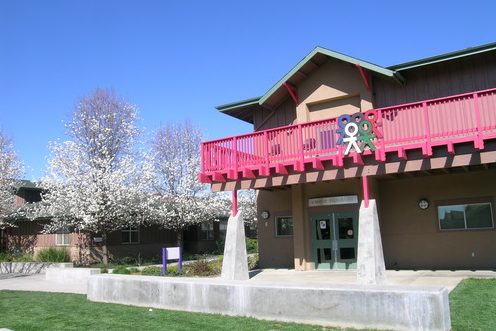 After a more than six-week-long trial, a Sacramento jury has awarded more than $11 million to the family of Deshaun Becton, who was sexually assaulted by an older resident of his group home. Deshaun was 11 years old, and reportedly had the mental capacity of a five-year-old, when he began his 15-month stay at the Davis facility, a level 14 (the highest, most restrictive level) group home run by EMQ FamiliesFirst in Davis, CA.

Deshaun disappeared from the facility one night in May 2013. He was missing for several hours. An older female youth from the group home victimized him in the bathroom of a neighborhood park. It took staff 24 hours to alert Deshaun’s parents to his disappearance.

The jury found that EMQ FamiliesFirst staff severely neglected the boy and created conditions that allowed Deshaun and other children to be physically harmed. In all, the jury found the company guilty of fraud, intentional infliction of emotional distress, and negligence.

The jury awarded Deshaun and his adoptive parents, Veronice and Lamont Becton, $4.55 million in damages, as well as an additional, punitive verdict of $7.5 million, ProPublica’s Joaquin Sapien reports.

The jury’s verdict was the latest development in the group home’s long troubled history. In a 2015 investigative series, Sapien told the story of the incredible breakdown of FamiliesFirst that spawned dangerous conditions for the children in its care.

The Bectons adopted Deshaun in 2004, when he was 3 years old. Deshaun had been passed around by six foster families before the Bectons. As Deshaun grew, his parents were struggling to address the boy’s violent outbursts. The Becton’s placed Deshaun in the FamiliesFirst group home in 2012, unable to properly care for their son’s serious mental health needs.

In July 2012, FamiliesFirst hired a tech consultant with minimal experience in counseling kids to be the director for the group home. The new director’s job was to cut costs. She laid off six of the cash-strapped home’s full-time employees and all of its part-time staff.

Around that time, FamiliesFirst decided to house girls of all ages in the same space, creating an even more volatile environment for its young residents. And after a staff member broke a girl’s arm while attempting to restrain her, the director drastically reduced the use of restraints within the facility.

After the director removed the threat of physical restraint, however, the kids (including Deshaun) started regularly leaving the facility without permission.

Sometimes the young runaways were gone for days. They slept on the streets, panhandled, and sometimes hitchhiked. There were reports of rape and alcohol and drug use.

From January to May of 2013, the Davis PD received more than 500 calls—from both inside the facility and outside in the community—about FamiliesFirst residents. During one particularly turbulent week, the police responded to a grand total of 74 calls.

Davis police finally raided and shut down the group home in mid-2013, although the company, which has rebranded itself as Uplift Family Services, still runs other facilities in California, billing itself as the state’s “largest provider of behavioral and mental health services.”