In a critically important ruling by the U.S. Supreme court on Tuesday, June 2, the nation’s highest court addressed the issue of whether Indian tribes can police non-Indians whose actions threaten the health or welfare of the tribe and/or its members.

Tuesday’s opinion, pointed out SCOTUSBlog, is the court’s first major opinion in decades that addresses the scope of the sovereign powers held by American Indian tribes.

Specifically, this new decision, United States v. Cooley, the nation’s highest court ruled that tribal governments — and thus their police officers — have the power to search and temporarily detain non-Indians suspected of breaking federal or state laws within reservations.

Based on common sense and a basic understanding of justice, one would have thought that this principle would have long been in place. But it wasn’t. 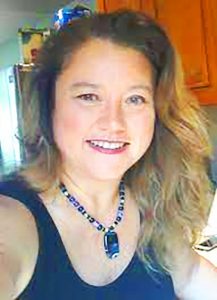 “Protecting our tribal citizens is one of the most basic services we can provide, and today every member of the Supreme Court agreed,” said Fawn Sharp, President of the National Congress of American Indians. “This 9-0 decision is one of the strongest affirmations of tribal sovereignty in a generation and helps secure Native communities.”

For too long, Sharp said, “non-Native criminals escaped justice from crimes committed on tribal lands, but today’s unanimous decision in United States v. Cooley is monumental in changing that.”

Here are the basics of the case.

Late one night, Officer James Saylor of the Crow Police Department approached a truck that was parked on an area of U.S. Highway 212,  where the highway passes inside the eastern part of the Crow Reservation, which is located in the state of Montana.

Saylor spoke to the driver, a man named Joshua James Cooley, and observed that Cooley had watery, bloodshot eyes.  The officer also was fairly certain that the guy he’d stopped was “non-native.”

As the interaction proceeded, Saylor noted that Cooley’s breathing was becoming shallow, and that the man was beginning to stare fixedly into the distance, in a sort of “thousand yard” stare that Saylor later said he recognized as a possible precursor to violence.

Fearing a potentially explosive situation, Saylor ordered Cooley out of the truck and conducted a pat down search. In the course of the ongoing interaction, Saylor also saw a glass pipe and a plastic bag containing what looked like methamphetamine inside the truck.

Saylor radioed for assistance, and additional officers arrived on the scene, including an officer with the federal Bureau of Indian Affairs.

The tribal officer was told to seize all contraband in plain view, which he did. In the course of the seizure, he discovered still more meth.

Finally, Saylor took Cooley to the Crow Police station where federal and local officers further questioned the man, and he was detained.

Joshua Cooley was later indicted by a federal grand jury on drug and gun charges, in response to which, he and his attorneys, submitted a motion to suppress the drug evidence arguing that a tribal police officer lacked the authority to detain and search him because he is not Native American. 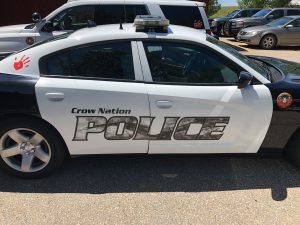 The District Court granted Cooley’s motion to suppress the drug evidence, and the Ninth Circuit affirmed the lower court’s suppression of the drugs.

In its ruling, the Ninth stated that tribes “cannot exclude non-Indians from a state or federal highway” and “lack the ancillary power to investigate non-Indians who are using such public rights-of-way.”

The appellate court further reasoned that a tribal police officer could stop (and hold for a reasonable time) a non-Indian suspect only if the officer first tries to determine whether the suspect is non-Indian and, in the course of doing so, finds an apparent violation of state or federal law.

Yet, as a “general proposition,” the Ninth wrote in its ruling, “inherent sovereign powers of an Indian tribe do not extend to the activities of nonmembers of the tribe.”

Those two rulings are pretty representative of how things have been until now, when it comes to Native tribes policing non-Indians who commit crimes.

Officer Saylor’s “search and detention,” Breyer wrote in this week’s ruling, do not “subject Cooley to tribal law, but rather only to state and federal laws that apply whether an individual is outside a reservation or on a state or federal highway within it.”

In their reasoning, the court pointed to a number of precedents, most prominently a 1981 U.S. Supreme Court ruling, Montana v. the United States, which Breyer said determined that a tribe may “retain inherent power to exercise civil authority over the conduct of non-Indians on fee lands within its reservation when that conduct threatens or has some direct effect on the political integrity, the economic security, or the health or welfare of the tribe.”

This portion of the “Montana” ruling, wrote Breyer, “fits the present case, almost like a glove.”

It speaks, he wrote, “of the protection of the ‘health or welfare of the tribe.'” Thus, “to deny a tribal police officer authority to search and detain for a reasonable time any person he or she believes may commit or has committed a crime would make it difficult for tribes to protect themselves against ongoing threats. Such threats may be posed by, for instance, non-Indian drunk drivers, transporters of contraband, or other criminal offenders operating on roads within the boundaries of a tribal reservation.” 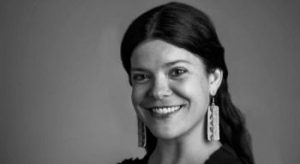 Mary Kathryn Nagle, a partner in PipeStem Law, and the Counsel of the National Indigenous Women’s Resource Center

As the Washington state Supreme Court has noted in another ruling, Breyer wrote, that “'[a]llowing a known drunk driver to get back in his or her car, careen off down the road, and possibly kill or injure Indians or non-Indians would certainly be detrimental to the health or welfare of the Tribe.'”

Again.  A common sense perspective.  Yet, as we noted above,  this logic-driven view has not always been the prevailing one.

Mary Kathryn Nagle, of Pipestem & Nagle Law, LLC, who is also the counselor of the National Indigenous Women’s Resource Center, which filed an amicus brief in the case, told Law360  that the ruling was an “incredibly thoughtful” decision, that is a turning point for Native American case law in the nation’s highest court.

The ruling, Nagle said, departs from previous “racist precedents,” of the kind that have been used in the past for guidance. Instead she said, this new ruling focused on actual laws and treaties.

The issue of lawbreaking by non-Indians on Indian reservations that the new ruling addresses, has long been an urgent concern for Nagle and other legal experts, because of the affect of previous precedents on the issue of crimes against Native women.

Nagle, who is an enrolled citizen of the Cherokee Nation of Oklahoma, has testified in past cases about the staggeringly illogical  fact that that tribal nations do not have legal jurisdiction over non-Natives who commit crimes on reservations.

This is one of the reasons that those who assault or murder Native women are so rarely caught and prosecuted, she told the members of the House Subcommittee for Indigenous Peoples of the United States,  at a hearing about the murder and disappearance of Native women.

In addition to the amicus she wrote for  this week’s case of United States v. Cooley,  Nagle co-authored (with Dr. Sarah Deer) an amicus brief in the 2016 case of Dollar General v. Mississippi Band of Choctaw Indians, on behalf of the National Indigenous Women’s Resource Center (NIWRC),  which also pointed to the connection between preserving tribal sovereignty and ensuring safety for Native women and children.

(The Dollar General decision by the Fifth Circuit of Appeals, while not definitive, was considered a step in a sensible and anti-racist direction in that it upheld the jurisdiction of a Choctaw tribal court to hear a civil lawsuit against the retailer Dollar General, which operated inside the Choctaw reservation.  The lawsuit in question concerned an alleged sexual assault by one of Dollar General’s employees against a tribal member in a store on tribal grounds.) 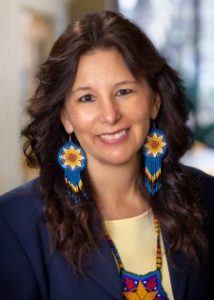 In understanding how all this points to the importance of the Supremes new ruling, it helps to know that Native women are murdered on reservations at a rate of ten times the national average; that there were more than five thousand reported cases of missing Native women in 2016 alone; and that even these awful statistics are likely on the low side, as many vanishings simply go unreported.

Furthermore, in recent study, the National Institute of Justice found that more than 4 in 5 Native Americans will experience violent victimization in their lifetime and nearly all (more than 90% of Indian men and 97% of Indian women) will be victimized by a non-Indian offender.

Although the new ruling is not a magic wand to cure all of the above, Native American legal experts view it as a significant step.

“In a unanimous ruling, SCOTUS affirms authority of Native American tribal governments and police forces,” wrote Angelique EagleWoman, of the Cooley hearing.  EagleWoman is a Dakota law professor and scholar of Indigenous law.

“With the crisis of Missing and Murdered Indigenous People (MMIP),” she wrote, “it is absolutely essential that tribal law enforcement be able to lawfully detain anyone within the tribal boundaries that poses harm to others, whether a tribal member or non-member.”