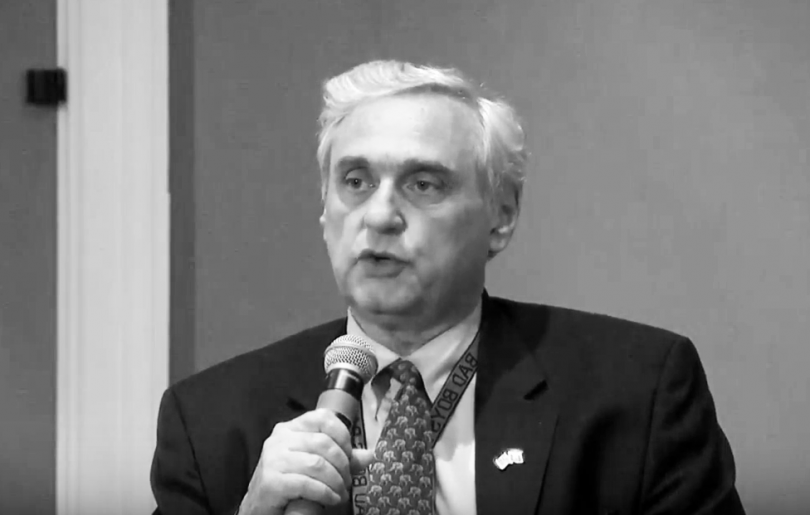 Judge Alex Kozinski, the powerful and notoriously quirky justice for the 9th Circuit Court of Appeals abruptly announced his retirement on Monday. Kozinski made the announcement, in the form of a letter provided by his attorney to the Washington Post, after a total of 15 women told Post reporter Matt Zapotosky of being subjected to inappropriate sexual behavior by the 67-year-old judge.

Family and friends had urged him to stay on, “at least long enough to defend myself,” wrote Kozinski. “But I cannot be an effective judge and simultaneously fight this battle. Nor would such a battle be good for my beloved federal judiciary. And so I am making the decision to retire, effective immediately.”

On December 8, the Washington Post published its first story on the issue, which told of six women—all of whom had formerly clerked for Kozinski or other 9th circuit judges, or were junior staffers—externs—at the court—who described discomforting encounters with the appellate judge. Following that initial story, several other women came forward and published their own accounts of their experiences with Kozinski.

Then, on Thursday of last week, Sidney R. Thomas, the chief judge of the U.S. Court of Appeals for the 9th Circuit, ordered an inquiry into sexual misconduct allegations against the brilliant, and famously outspoken Kozinski.

Following Judge Thomas’s announcement of his order for a probe into the allegations, Above the Law broke the news that two of Kozinski’s clerks had quit their once-coveted jobs, information that was later confirmed.

Then on December 15, Post reporter Zapotosky, wrote that nine more women had confided that the judge had “subjected them to sexual comments” or other similar conduct, “including four who say he touched them inappropriately.”

A cascade of #MeToo voices

One of the second round of #MeToo voices was Dahlia Lithwick, the highly regarded legal correspondent for Slate, who wrote in her detailed and emotional account about “the strange hypersexualized world of transgressive talk and action that embodied [Kozinski’s] chambers.”

Lithwick, who clerked for the 9th Circuit’s head justice in 1996, described the “problem with a system of open secrets.” All the clerks and former clerks “in Kozinski’s ambit,” she wrote, “knew and understood that you assumed the risk and accepted the responsibilities of secrecy. Once you acceded to the poker games and the movies and the ritualized sex talk, you helped give it cover and license.”

In this way, the judge “made Us all victims and accomplices.”

In his statement obtained by the Post, Kozinski wrote that he’d “always had a broad sense of humor and a candid way of speaking to both male and female law clerks alike,” and that “in doing so, I may not have been mindful enough of the special challenges and pressures that women face in the workplace. It grieves me to learn that I caused any of my clerks to feel uncomfortable; this was never my intent.”

After news of Kozinski’s retirement broke, legal news site Above the Law wrote that many of those bright young lawyers who had “lined up for a 2018 clerkship with the judge were withdrawing or intending to withdraw.” A federal judge without their clerks, wrote ATL’s Kathryn Rubino, “is really limited in their ability to do their job, particularly with a judge like Kozinski who is known to work his clerks hard.”

Kozinski is one of a small group of jurists who are known as “feeder judges” whose proteges often go on to clerkships at the Supreme Court, a fact that has made positions on his staff among the most sought after in the federal judiciary.

The 9th Circuit’s Chief Judge, Sidney Thomas, made it clear that he did not think the 9th Circuit should investigate one of its own. To ensure confidence “in the impartiality of any proceedings,” he wrote, “and exceptional circumstances appearing…I request that the Chief Justice of the United States transfer this complaint to the judicial council of another circuit for review and disposition.”

On Friday December 15, the matter has been assigned to the Second Circuit Court of Appeals for investigation.

Editor’s Note: Part 5 of WLA’s series The Writer is still on it’s way. So check back!