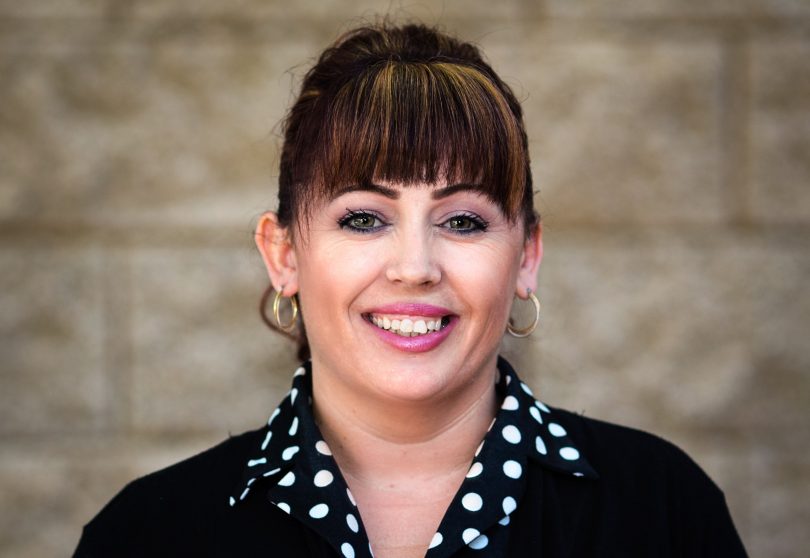 It’s not unusual for Debra Rush to receive a late-night phone call from law enforcement agents who have just completed a human trafficking bust and need her help caring for trafficking survivors.

When Rush, 39, rescues a young survivor from one of these situations, she knows all too well the horrors they’ve endured. Abducted by a violent gang member and forced into sex trafficking as a teenager, Rush experienced 10 months of slavery and sexual abuse until she was rescued.

In March, Fresno Mayor Lee Brand, launched the Human Trafficking Initiative, designed to bring together local agencies that prosecute exploiters and provide services to survivors. The hope is that the collaborative approach can also serve as a model and inspire other communities statewide to work together to end human trafficking.

Considered a form of modern-day slavery, human trafficking involves profiting from the control and exploitation of others. Trafficking falls into two groups: sex trafficking involving prostitution and labor trafficking, where people are coerced into situations of debt bondage, forced labor or involuntary child labor.

Survivors From All Walks of Life

For Rush, who was rescued in 1999, it took years to overcome her post-traumatic stress and piece her life back together. In 2014, she decided she wanted to help other human trafficking survivors and founded the nonprofit, Breaking the Chains to provide a safe house as well as rescue, relocation and restorative services to survivors. She also wrote a book, published in April, about her own experiences as a survivor, “A Cry of the Heart: Human Trafficking: One Survivor’s True Story.”

Rush notes that the trauma of being sold for sex doesn’t end when a victim is rescued. She said trafficking survivors often suffer from guilt and depression, and use self-medication as a coping mechanism as they work to build new lives.

“I had panic attacks for years, and felt shame and embarrassment,” Rush said. “Services for survivors back then were fragmented and there were limited resources available to help them cope with the trauma they endured.”

Rush, who is also an alcohol and drug counselor and expert on trauma, works to combat the misconceptions surrounding human trafficking. While many people believe trafficking only involves immigrants, or those who come from foster care or abusive homes, Rush said survivors include men, women and children and come from all walks of life.

“The reality is human trafficking transcends all races, sexes, ages and socioeconomic backgrounds,” Rush said. “The popularity of social media has made it easier for perpetrators to identify and groom their victims and to exploit their vulnerability.”

In the past five years, Rush has seen an increased need for her organization’s services. Like many residential centers for trafficking victims, Breaking the Chains is consistently at capacity. A new facility is in the works and is expected to open within the next several years.

Johnston said the organization was launched in 2009 because girls who were trafficking survivors started showing up at a youth shelter in the city.

The agency funds six partner organizations that serve Merced, Madera, Fresno, Tulare, Kings and Kern counties. “We’ve created a model that we believe can be replicated in other areas of the state and country,” Johnston said.

Although human trafficking arrests are made throughout the year, California holds an annual sting operation that spans three days and involves 93 federal, state and local law enforcement agencies and task forces throughout the state.

Melissa Chabra, supervising deputy district attorney for Tulare County and chair of the Tulare County Human Trafficking Task Force, said this year’s sting, held in January, resulted in the arrest of five people for prostitution and another five for solicitation in the cities of Visalia, Tulare and Porterville.

This was the fifth year the statewide sting was held. A total of 48 victims—34 adults and 14 minors—were rescued in the operation this year.

Chabra’s task force works to educate community groups, teachers, parents and medical professionals about the signs to look for to identify potential trafficking victims, she said.

Every time Rush gets a call about a survivor, she remembers how it feels to escape and begin to rebuild a life.

“Part of their recovery,” she said, “is just learning to trust people again.”