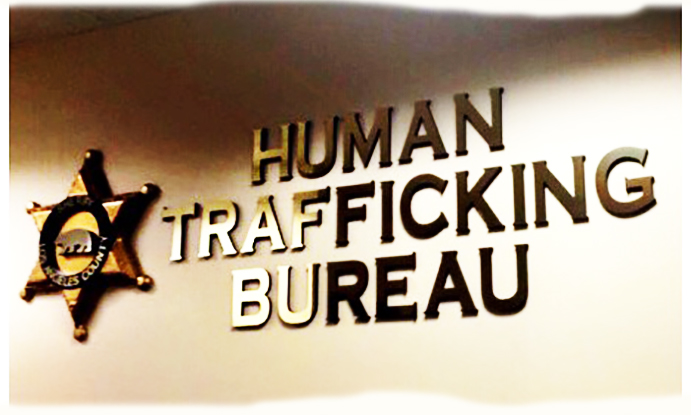 This week, AB 1312, the Sexual Assault Survivors’ Bill of Rights, was unanimously approved by the Assembly Public Safety Committee, and now heads to the Assembly Appropriations Committee.

The bill beefs up requirements that law enforcement officers and medical providers inform sexual assault victims of their rights prior to conducting an examination or interview, which include free emergency postcoital contraception, and the right to shower or bathe at a medical facility after a forensic examination.

“California needs to do a better job of helping sexual assault victims navigate all of the legal, medical and personal issues that survivors have to deal with, and it starts with a Sexual Assault Victims bill of rights that ensures each survivor is informed about their rights and the resources that are available to them before they are examined,” said Assemblywoman Lorena Gonzalez Fletcher (D-San Diego), who introduced the bill with Assm. Marc Berman (D-Palo Alto).

Many California jurisdictions have considerable backlog issues. Back in 2016, the US Department of Justice gave Orange County $1.9 million to process nearly 3,600 backlogged rape kits, to investigate and prosecute assault cases, and to re-engage survivors of sexual assault.

“It should never be the case where the pain of the initial sexual assault is matched by the ordeal survivors go through navigating the criminal justice process,” Assm. Berman said. “I believe our state needs to make a longstanding commitment that, during one of the most difficult times in a survivor’s life, the criminal justice system will protect their rights first and foremost.”

INCREASING SUPPORTS FOR CRIME VICTIMS WHO HAVE EXPERIENCED TRAUMA

“Victims and their families often face debilitating mental, physical and economic consequences from the trauma of violence, sex trafficking and other types of serious crime,” Weber said. “They need to heal and rebuild their lives. We should ensure that providers offer a service model that is easy to access and provides integrated services tailored to the specific needs of these individuals.”

Seventy-four percent of crime survivors who received services at the San Francisco TRC showed improved mental health, and 51% showed improved physical health. The TRC also benefits public safety. People who are treated at the TRC are 44% more likely to cooperate with the district attorney, and 69% more likely to cooperate with law enforcement. The TRC also reportedly provides services at a rate that’s 33% lower than traditional fee-for-service care providers.

The bill would also require “aggressive outreach” to minors, the homeless, disabled people, victims of sex trafficking, refugees, and other underserved community members.

“It is imperative that we recognize the impacts of unaddressed trauma and the importance of providing trauma recovery services to stop the cycle of crime,” said John J. Bauters, director of government relations for Californians for Safety and Justice, a sponsor of the bill. “We must do whatever we can to make it as easy as possible for victims of crime to connect to victim services, especially those within underserved, vulnerable populations who may face particular barriers to accessing those services.”

The Assembly Committee on Public Safety passed AB 1384 this week. It now awaits a decision by the Committee on Appropriations.

SAFETY THROUGH CONFIDENTIALITY FOR TRAFFICKING VICTIMS

“Like survivors of domestic violence, sexual assault and stalking, survivors of human trafficking should also have access to the Safe at Home program,” said Secretary of State Alex Padilla, who co-introduced the bill with Senator Connie Leyva (D-Chino). “The Safe at Home program can help victims better their lives with greater peace of mind. With the passage of SB 597, survivors of human trafficking would be able to receive mail, open a bank account, register to vote, and fill out government documents confidentially and free from fear.”

In 2016, The National Human Trafficking Hotline reported receiving 4,137 calls about human trafficking in California resulting in 1,323 cases—nearly twice as many as any other state. Over 1,000 of the calls were regarding sex trafficking.

The bill is scheduled for a hearing on April 18.

EDUCATING KIDS ABOUT ABUSE AND TRAFFICKING

AB 1227, a bill by Assemblymember Rob Bonta (D-Oakland) and Assm. Evan Low (D-Silicon Valley), would require California school districts to provide age-appropriate preventative education to students about abuse, including sexual abuse, and human trafficking. The aim is to educate children and teens so that they can recognize and avoid exploitation.

“Human trafficking is one of the fastest growing crimes in California and the nation,” said Bonta. “Exploiters prey on vulnerable children regardless of age, race, gender, economics or religion. Our bill will provide vital information to arm students and instructors with the tools to combat this horrific plague.”

The bill has been referred to the Assembly Committees on Human Services and Education.