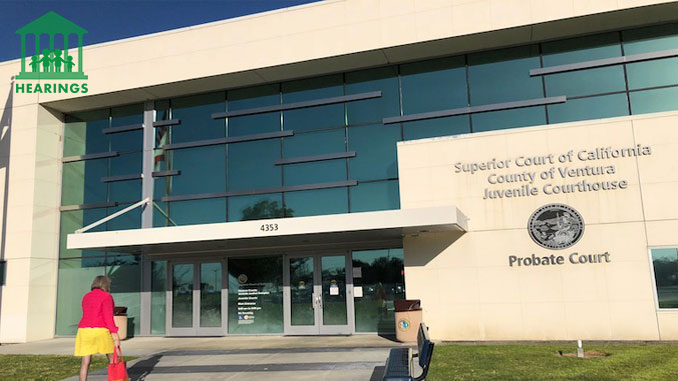 It was the week before Christmas 2018. Sometime around noon that day, the 1-year-old baby girl ingested methamphetamines and opioids she had found in her mother’s purse.

By 1:56 p.m., the baby’s 23-year-old mother sent the first of at least 25 alarming Facebook messages to her own mother. The little girl’s “heart was beating so fast,” she wrote.

Instead of rushing Baby B* to the hospital, her mother, a small-framed Latina woman, allegedly disappeared into the bathroom to smoke more meth, while her mother pleaded with her to take the child to the hospital. All the while, the child was “very warm” with “heavy breathing,” according to lawyers during a court hearing last month. Her heart rate would hit “200” beats per minute. The baby was “inconsolable,” “screaming” and wracked by fits of “high-pitched crying.”

Baby B’s mother was scared of the legal consequences of taking her to the hospital. Over the Facebook messages, the child’s maternal grandmother suggested that Baby B’s mother say the drugs were “mine, not yours,” according to a Ventura County social worker’s report submitted to the juvenile dependency court.

Later that afternoon, Baby B’s aunt came to the home and pleaded with the mother to take the child to the hospital. By 7:30 p.m., the mother and Baby B’s father – who had also resisted taking the little girl to the hospital throughout those fraught five hours – relented.

“The scene at the hospital was just horrific,” Judge Tari Cody would later say during a consequential trial on March 13, about three months after the incident. Apparently, the father had resisted arrest, was tazed by police, and then fled in a car. The mother was said to be “extremely high” and was restrained by hospital staff after she rushed the room where Baby B was being treated.

The 1-year-old would spend the night in the pediatric intensive care unit.

Baby B’s father walks into the Oxnard courtroom through a side door. His hands are cuffed. He has tightly cropped hair and is wearing a blue and orange jailhouse jumpsuit. Baby B’s mother arrives late, taking a seat next to her bearded, gray-haired attorney, John Cardoza. She looks young, like she just graduated from high school.

Today’s trial will determine whether or not Judge Cody will sustain the county child protection agency’s petition to cut off reunification services for the mother and father, a clear step toward what is sometimes referred to as the “civil death penalty” among juvenile dependency insiders: permanent termination of parental rights.

The tool the county child protection agency and its attorney Linda Stevenson use is Section 361.5(b) of the California Welfare and Institutions Code. The code section enumerates 17 egregious circumstances wherein the court can “bypass” “reunification” services aimed at keeping their family together. Among them: forced bestiality, kidnapping and sexual exploitation.

The subsection Ventura County is applying in the case of Baby B can be summed up as torture and requires:

“A finding of the infliction of severe physical harm … deliberate and serious injury inflicted to or on a child’s body … by an act or omission of the parent or guardian, or of another individual or animal with the consent of the parent or guardian … torturous confinement … or any other torturous act or omission that would be reasonably understood to cause serious emotional damage.”

To prevail, Stevenson will have to convince the judge that Baby B’s parents’ delay in taking her to the hospital amounted to an “omission” that inflicted serious physical or emotional harm to the child.

“I believe the facts here are egregious,” she says. “The child could have died.”

As the blonde-haired county counsel speaks, Baby B’s mother intermittently cries, mouths that Stevenson is lying and nervously whispers into Cardoza’s ear. But she is muted. Both she and the father are simultaneously under investigation for criminal child abuse and have been advised by their attorneys to not speak. Their testimony here could further impugn them in the criminal case being built.

In response, Cardoza highlights that despite the trauma that Baby B endured that night in the intensive care unit, the doctors found that she was “remarkably improved after two days.” And while the baby had been found staring blankly three times since she was detained – a potential sign of seizures – Cardoza argues that the 1-year-old shows no sign of serious physical or emotional harm.

Andy Wolf, the court-appointed children’s attorney representing Baby B, focuses on the lack of effort shown by both the mother and father in the three months since their daughter was detained and placed with her aunt. Despite a short stint in a drug treatment program, the mother showed up for her first drug test just two days before this life-altering hearing.

“These parents, who have said they want to reunify with their child and say it is the most important thing in their lives, haven’t really done anything,” Wolf says.

In a phone call two weeks after the hearing, Wolf points out that the application of the bypass provision in a case like this is “fairly rare.” Typically, Wolf explains, 361.5(b) is used for parents who have lost custody of other children or have inflicted serious harm – not first-time parents who failed to stop harm from happening.

After a 30-minute recess, Judge Cody is back on the bench. She quickly sustains the county’s petition to cut off reunification services.

Despite saying that she “cuts slack for parents all the time,” the judge makes clear that she isn’t going to do so in this case.

The mother continues to cry softly behind black-rimmed reading glasses. The paternal grandmother, who has been watching the proceedings from a row of seats next to the courtroom door, pulls at the ends of her fingers worriedly.

Judge Cody sets a hearing date of July 3 where the court will decide whether to terminate parental rights. Until then, Baby B will stay with her aunt. 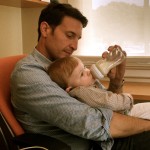 This story was written as part of a Chronicle series called “Hearings,” where our reporters and guest contributors provide an inside look at how child welfare courts function.

In about half the states in the country, child welfare proceedings are closed to the media – despite the fact that they are places where children enter foster care; where families are ripped apart, sometimes put back together and otherwise – through adoption – made anew.

Image courtesy of The Chronicle of Social Change.