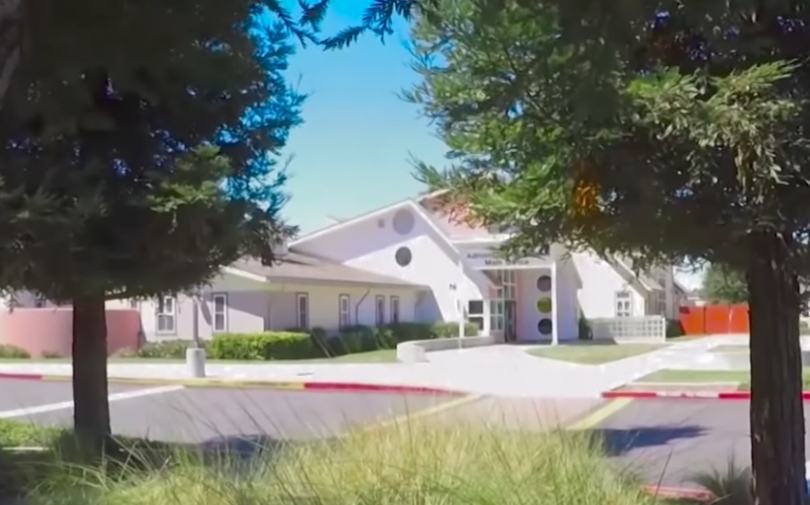 State and local officials are responding to the excessive arrests of children in California’s 10 emergency shelters for foster kids. The large number of arrests were uncovered in an investigation by Karen de Sá, Joaquin Palomino and Cynthia Dizikes for the San Francisco Chronicle.

The reporters found that when the kids housed in California’s 10 shelters act out, run away, and otherwise act like children suffering from the effects of trauma, shelter staff often resort to calling the police.

Counties’ child welfare departments place children in emergency shelters after they are taken from their families, or between placements. These facilities house kids for a maximum of 30 days. (Shelters are currently working to become compliant with a law passed in 2016 that reduces the maximum stay to 10 days.)

Between 2015 and 2016, the staff at California’s 10 shelters for abused and neglected children called local law enforcement agencies 14,000 times regarding the kids in their care. During those same years, children entered various county juvenile halls nearly 200 times.

Shelter staff members undergo specialized training on how to care for traumatized children, yet the kids in their care are commonly arrested for acts like kicking, shoving, or biting their caregivers.

Most often, shelter staff called law enforcement agencies seeking help in finding a child who walked away from the shelter without permission.

And law enforcement calls resulted in at least 485 arrests, citations, and detainments for foster youth. Kids as young as eight years old were handcuffed and arrested. These arrests led to more than 370 bookings at juvenile halls across the state.

Kids involved in both the child welfare and juvenile justice systems often face trauma, neglect, and instability. And communication between agencies serving so-called “crossover youth,” including school districts, can be patchy or nonexistent, making it hard for kids to access important services and enroll in school. Criminalized foster kids are more likely to face jail time, less likely to finish high school or college, and less likely to be able to consistently hold down a job than their peers who are involved with just one system.

A Closer Look at Mary Graham

Of the 10 facilities, Mary Graham Children’s Shelter in San Joaquin County (pictured above) had the highest arrest numbers. Shelter staff called the San Joaquin County Sheriff’s Department 5,049 times between 2015 and 2016. The facility made more than one-third of all law enforcement service calls and was responsible for half of all arrests, citations, and juvenile hall bookings during those years.

Kids at Mary Graham were arrested or cited a whopping 259 times between 2015 and 2016. These arrests and citations resulted in 199 bookings into juvenile hall.

Out of the 199 bookings, San Joaquin County Probation Department chose not to move forward with 124 cases that the probation department found did not warrant lockup. The arrests will stay on the kids’ records, even though their cases were closed and no charges were brought.

So far, in 31 out of the other 75 cases, kids were found to have committed crimes. The remaining cases have either been dismissed or are still pending.

After the SF Chron investigation broke, the director of Mary Graham reportedly took an abrupt leave from her post.

The Other Nine Shelters

While Mary Graham is the most egregious of the bunch, other shelters relied on law enforcement to act as disciplinarians.

During the last two years, shelters in Orange, Sonoma, San Diego, Sacramento, and Ventura counties each accounted for between 11 and 66 bookings into juvenile halls.

A 14-year-old girl who was staying at the Ventura County shelter was arrested, accused of assault with a deadly weapon, and held in juvenile hall for four days after she poked a shelter worker with a candy cane.

Not all of the shelters produced high arrest rates, however.

Imperial, Kern, and Placer counties’ shelters only had a few incidents during the two years, according to the Chron reporters.

One boy at the Imperial County shelter was locked up overnight for battery after he clung to a caregiver’s leg and refused to let go.

At San Mateo County Shelter, which served just 33 kids last year and is the smallest of the 10 centers, there were no bookings.

In the wake of the SF Cron story, state and local officials, including the California Attorney General’s Office have quickly responded.

CA Senator Holly Mitchell (D-Los Angeles), whose legislative focus is on juvenile and criminal justice, said that calling the police on kids in the child welfare system who are acting out is not the answer. “At what point did we decide that this was criminal, as opposed to a cry for help?” Mitchell told the Stockton Record.

In San Joaquin County where Mary Graham is located, Supervisor Miguel Villapudua announced that he would be launching a review of Mary Graham’s policies and the actions that led to arrests for the kids in the facility’s care.

When kids need emergency shelter in most of California’s other 48 counties, child welfare agencies place them in temporary residential settings.

For several years, Los Angeles County had an emergency Welcome Center comprised of two facilities—one for younger kids and one for older youth who had been taken from their families, or who were between placements. Kids were not supposed to be held at the emergency way station for more than 23 hours, but instead, the facility became a sort of purgatory for hard-to-place kids.

LA County now employs more residential placements for emergency care, like with relative caregivers or at the David and Margaret Youth and Family Services in La Verne.

Before it was shut down in 2016, the Welcome Centers had become mired in controversy, with kids getting into brawls, staff complaining about not enough bathrooms for children’s needs and privacy, as well as rumors about younger residents being recruited for sex trafficking by older residents at the center.

In 2015, Governor Jerry Brown signed AB 403, a bill that launched an overhaul of counties’ child welfare placement systems by eliminating traditional group homes, and focusing on long-term placements with foster families. (In a story for WitnessLA, USC Annenberg School of Communication and Journalism students Sara Tiano & Brittany Reid explored the issue of what will happen to LA County’s high-needs foster children when the long-term group homes disappear.)

The law replaces the controversial group home model with short-term residential treatment centers (STRTCs), which will have to meet much higher standards of care than standard group homes. Kids placed in the STRTCs will stay a maximum of six months while receiving specialized therapeutic treatment for mental health and other needs. A certain number of those STRTCs will be geared toward helping kids involved in both the child welfare and juvenile justice systems.

A companion bill signed in 2016, AB 1997, reduced the number of days that kids can stay in emergency shelters like Mary Graham from 30 days to 10 days. The emergency shelters will either have to convert to 10-day facilities, or expand into short-term residential treatment centers. The two bills went into effect on January 1, but will be implemented over the next few years. (The Chronicle of Social Change’s Holden Slattery has a very helpful primer on the future of emergency shelters under the bills, which together comprise the Continuum of Care Reform.)