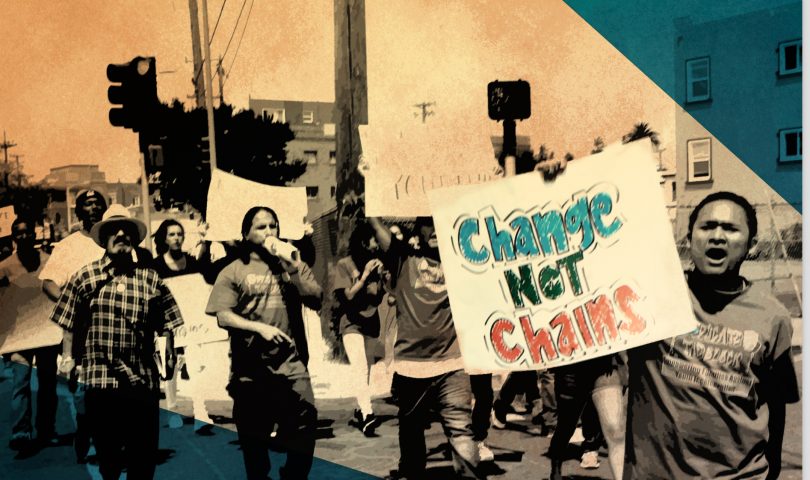 When California’s controversial ballot proposition Prop. 57 passed this past November, the least noticed and, according to juvenile advocates, arguably most important part of the measure was the section that took away from prosecutors the power to cause a young person to be tried as an adult out, and gave the power back to judges.

The fox-guarding-the-henhouse system of allowing prosecutors, with their clear conflict of interest, to decide whether or not a kid should be tried in adult court, with the adult system’s far stiffer rules and far longer sentences, was the consequence of another controversial ballot measure passed in the fall of 2000: the now infamous Prop. 21.

Following the passage of Prop 21, prosecutors made speedy use of their new powers. Within a year, the number of juveniles “direct filed” into adult court by district attorneys rose precipitously. It didn’t seem to matter that, after the deadly crime spike of the late 1980s and early 1990’s crime had declined, particularly juvenile crime. The awful myth of the “super predator” was revealed to be just that, a myth. Yet the myth caused damaged before it was discredited, filing on kids as adults, among those collateral damages. Between 2003 and 2014, there was a 55% drop in the rate of serious juvenile felony arrests yet, during that same period, there was a 23% increase in the rate of direct filings.

Now a new report funded by the the California Endowment, the California Alliance for Youth and Community Justice, the Sierra Health Foundation, and the Akonadi Foundation, has probed the effects of trying youth as adults, and returned with the conclusion that both statistically, and anecdotally, the practice is “ineffective, biased, and harmful.”

The report, authored by Human Impact Partners, in partnership with Kim McGill of the Youth Justice Coalition, and Mar Velez, from Communities United for Restorative Youth Justice, used data from the U.S. Bureau of Justice Statistics, the Office of Juvenile Justice and Delinquency Prevention, the California Department of Corrections and Rehabilitation, and the California Office of the Attorney General to draw some telling conclusions.

The authors also held eight focus groups in three California cities—Oakland, Stockton, and Los Angeles—where they interviewed 43 people, ranging in age from 14 to 66 years old, who were directly affected by the juvenile court system and/or direct file. Some of those who participated were kids who were tried as adults and/or their family members. Others interviewed were professionals who worked closely with direct filed youth and families. This included public defenders, former probation officers, an adolescent mental health specialist and so on.

The result is a 47-page report that looks at the factors that lead youth—particularly youth of color—to become involved in the criminal justice system as well as the health impacts of adult sentencing on youth, their families, and their communities.

The report points out that, in 2015, 416 kids were sentenced in adult court in California. Nearly 90% of these juveniles were youth of color—a disproportionate number given that kids of color constitute just 70% of California’s youth population ages 14 to 17. The disproportionality was most dramatic when it came to Black youth, who comprise 6.6% of the California population of 14 to 17 year olds but, in 2015, they comprised 25.5% of youth sentenced as adults.

None of those statistics control for such factors as past records and the like, due to the fact that, regrettably, California counties weren’t required to keep tract of those issues.

What we do know, and the report points out, is that, in addition to race, a host of factors, including geography also have a role in how likely a kid is to be sent into the adult system.

Here’s the deal on geography: It turns out that filing on kids as adults is applied with startling unevenness throughout California, with its usage varying widely from county to county. For instance, in 2014 the statewide average was approximately 23 direct files for every 100,000 youth ages 14 to 17,

This suggests that system-involved youth were being subjected to very different legal outcomes depending on where they lived in California, with the rural and less populous counties transferring kids to adult court at a far higher rate.

[Our hired attorney] thought my nephew was guilty. He told us his only job was to keep life off the table. He didn’t even look at his paperwork.”
– Anonymous, Aunt of youth charged as an adult at age 17

The report also looks upstream of the numbers to further illuminate what might be behind some of the racial disproportionality.

They authors look at, among other topics, the affect of childhood trauma, or Adverse Childhood Experiences (ACEs), whether a kid winds up in the justice system. The report notes, as WitnessLA has reported in the past, that study after study has shown that system involved kids have an unusually high degree of ACEs in their backgrounds.

1. Seeing or hearing someone badly hurt or killed
2. Being threatened with a weapon
3. Being in a situation “where you thought you or someone close to you was going to be hurt very badly or die”

Similarly, a study in Florida found that 97% of system-involved youth reported having one or more ACEs, 52% reported having four ACEs, and 32% reported having five or more. These are much higher rates than are found in other populations. To put it another way, the Florida researchers found that system-involved youth were 13 times more likely to report a trauma or ACE and four times more likely to report four or more ACE,s than a previous study’s cohort of mostly college-educated adults.

According to multiple studies the report cites, the health outcomes stemming from trauma can have problematic behavioral effects for both boys and girls. But while girls may display more anxiety, depression, withdrawal, and physical symptoms, in response to severe trauma, boys are likely to display more aggression, inattention, and impulsivity—all behaviors that are likely to land them in trouble if there are no adults who appropriately intervene.

Not surprisingly, “the National Institute of Justice found that abuse or neglect in childhood raised the chances of juvenile arrest by 59%.”

The report also shows how and why the chances that a trauma-affected kid will get the kind of appropriate intervention likely to keep him or her away from system involvement in adolescence is greatly affected by ethnicity and income level.

“I was never able to concentrate on my work. I was took out of a regular class and put into special education … Nobody ever addressed what was really going on mentally, the trauma at home. Nobody was there.”
– Nate, charged as an adult at age 17

Much of the rationale behind trying kids as adults has been on grounds of public safety.

But the report argues convincingly that, in fact, kids transferred to the adult system were consistently more likely to recidivate, and recidivate faster then kids convicted of the same crimes who stayed in the juvenile system. The authors cite a 2010 study by the US Department of Justice, Office of Juvenile Justice and Delinquency Prevention, which looked at studies both large-scale and smaller over the last twenty years and found that, when other variables were controlled for, like severity of crime, and previous illegal activity, the kids transferred had much worse outcomes when it came to recidivism.

“Thus,” the OJJDP report concluded, “the extant research provides sound evidence that transferring juvenile offenders to the criminal court does not engender community protection by reducing recidivism. On the contrary, transfer substantially increases recidivism.” (Italics ours.)

A 2007 review of the applicable research on juvenile transfer adult court conducted by the Centers for Disease Control arrived at the same conclusion.

Trying youth as adults, and incarcerating them in the adult system, according to the report, is far from neutral when it comes to the kids’ future health and well being.

*Youth are 36 times more likely to commit suicide in an adult jail than in a juvenile facility.

*Young people housed in adult correctional facilities are twice as likely to be beaten by staff and 50% more likely to be attacked with a weapon than youth in juvenile facilities.

*A longitudinal study of more than 1,800 system-involved youth found that youth tried as adults who receive prison sentences are significantly more likely to have one or more psychiatric disorder than youth who remain in juvenile facilities.

*the collateral damage multiplies when a kid gets out of adult prison with a felony record and attempts to start his adult life for the first time. An adult felony comes with a lifetime of social and civil rights consequence. And, unlike youth charged in the juvenile court system, youth sentenced as adults are not able to get their record sealed.

“[Services] are more readily available in the juvenile system than they are in the adult system. There are more funding streams in the juvenile system, there are processes in place to monitor this, and they are still entitled to some services. In the adult system, they may have funding for treatments, but they’re not age appropriate … Treatment is not readily available when charged as an adult compared to when charged as a juvenile.”
– Former Chief Probation Officer

“Sitting in prison for so long, I didn’t face what I had done. I never really faced the harm that I’d done to the family and to the community. To me [accountability means] I’m able to face that, feel the emotions, understand how I have impacted that person and have a conversation that will lead towards healing for both sides. The system doesn’t provide that. The system actually separates young people from their families but oftentimes the victims are secondary in the process and left hurting and left without answers.”
– Malachi, charged as an adult at age 15

**NOTE: Latinx is a gender-neutral designation that covers Latinos and Latinas. We’re trying it out.