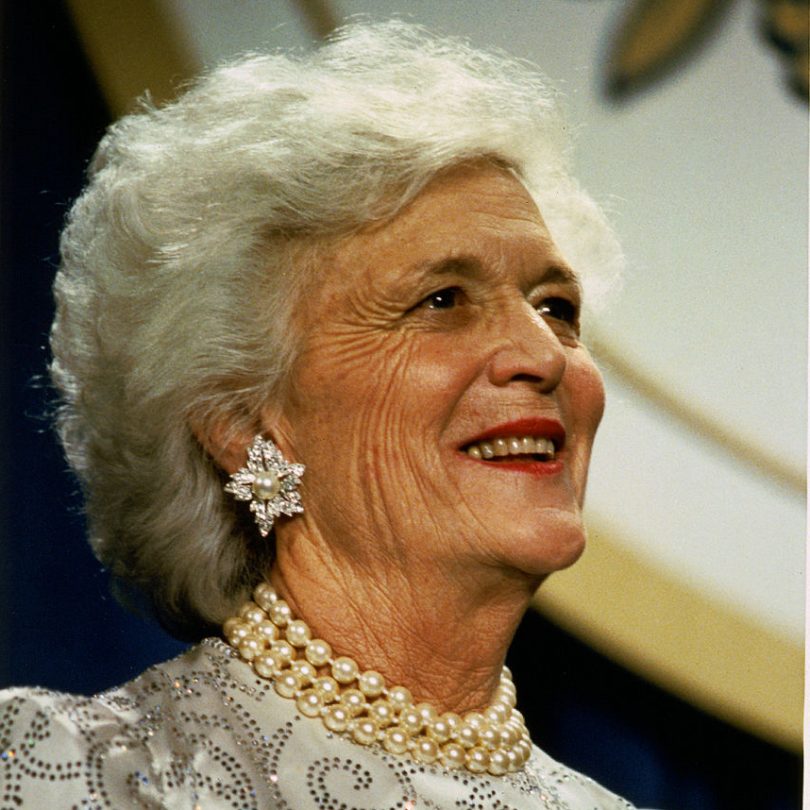 She protected her family with the ferocity of a female grizz.

When in 1953, she lost her first daughter, Robin, from leukemia, when the girl was three, Mrs. Bush spiraled into depression and leaned too hard on her eldest son, George W.

She would eventually have four more children: Jeb, Neil and Marvin and, another daughter, Dorothy.

Of a visit to an AIDS care group shortly after becoming first lady, Barbara Bush wrote in her memoir:

“It was a wrenching visit. Besides having trouble finding housing and medical care, they all had personal problems. I especially remember a young man who told us that he had been asked to leave his church studies when it was discovered he had AIDS. His parents also had disowned him, and he said he longed to be hugged again by his mother. A poor substitute, I hugged that darling young man and did it again in front of the cameras. But what he really needed was family.”

She was not perfect. Yet, then, none of us can truthfully claim perfection either.

Photo of Barbara Bush by David Valdez, courtesy of the United States Library of Congress