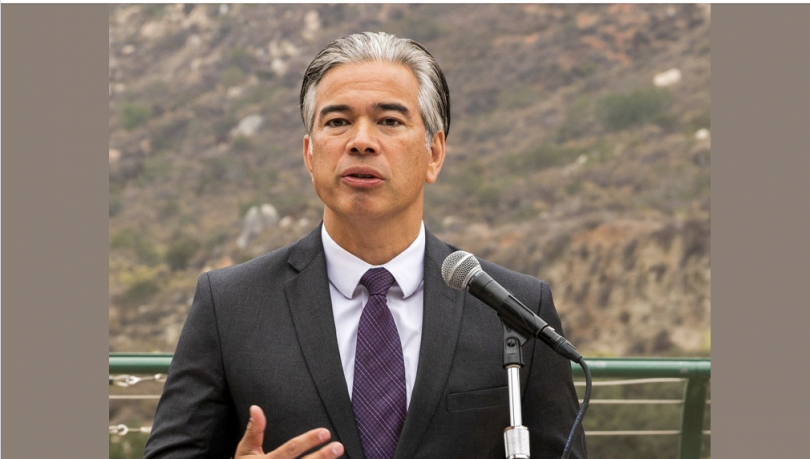 On Wednesday Oct. 12, Attorney General Rob Bonta announced that the California Department of Justice will investigate the most recent redistricting process of the City of Los Angeles.

The need for an investigation was illuminated by the still expanding scandal, triggered by the release of a leaked recording of a 2021 conversation between City Council President Martinez, Council members Cedillo, and de León, and Los Angeles County Federation of Labor President Ron Herrera.

As they talked, the council councilmembers strategized about how to maintain maximum power in the course of the city’s once-every-decade redistricting process.

Yet the conversation—which was recorded by someone who, as yet, is unknown—went far beyond a distasteful round of self-serving power-broking.

To make her points, Martinez, in particular, said vicious and racist things about a list of people. Yet, she reserved the worst of her bile for councilmember Mike Bonin, who is white, and his then-three-year-old adopted son, who is black.

“The leaked audio has cast doubt on a cornerstone of our political processes,” AG Bonta wrote in a mid-morning tweet on Wednesday

“We will endeavor to bring the truth to light to help restore confidence in the process for the people of our state.”

In the official statement released by his office, Bonta got more personal, and spoke of his own feelings about hearing the recording.

““As a father and human being, I am deeply appalled by the remarks made by some of Los Angeles’ highest-ranking officials,” he wrote.

“Their comments were unacceptable, offensive, and deeply painful. There is no place for anti-Black, antisemitic, anti-Indigenous, anti-LGBTQ, or any kind of discriminatory rhetoric in our state, especially in relation to the duties of a public official.”

As Attorney General, he said, he is “committed to doing my part to ensure the rights of the people of California are protected.”

Bonta explained that the once-every-ten years “decennial” redistricting process is “foundational for our democracy and for the ability of our communities to make their voices heard” — and thus it must be “above reproach.”

However, the leaked recording, Bonta wrote, has “cast doubt” on what is the arguably cornerstone of the political process for Los Angeles.

“Given these unique circumstances, my office will investigate to gather the facts, work to determine the truth, and take action, as necessary, to ensure the fair application of our laws. We will endeavor to bring the truth to light as part of the sorely-needed work to restore confidence in the redistricting process for the people of our state.”

The office of the Attorney General has broad authority to investigate any potential violations of the law, And the recording strongly suggests that there were, at minimum, attempts to interfere with the redistricting process.

At this stage of things, the new investigation will be conducted by the Cal DOJ’s Racial Justice Bureau which operates within the AG’s Civil Rights Enforcement Section.

Meanwhile, at around the same time as the AG’s office released the above announcement, at the Los Angeles City Council, representatives from BLM-LA, LA Tenants Union, and other organizations, pushed for the council to cancel all meetings until Nury Martinez, Kevin de Leon, and Gil Cedillo resign.

At first, acting Chair Mitch O’Farrell appeared determined to proceed, but faced with a wall of energetic chanting, and booing, he eventually he gave up and adjourned, scheduling the council’s next meeting for Friday.

Once the council members left, some of the protesters stayed and engaged in dancing and clapping to their own spontaneously composed musical creations.

While it didn’t solve any of the the problems presently facing the City of Angeles, the music seemed to be exactly what was needed in the moment.