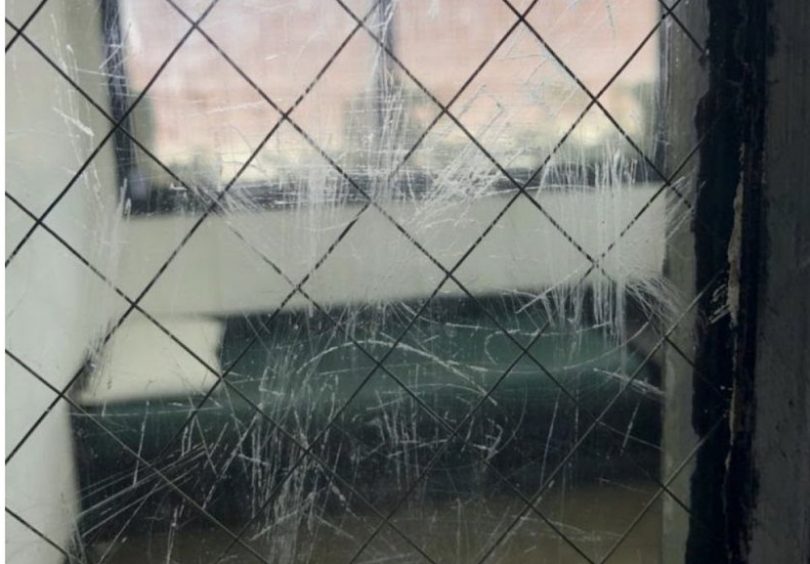 While counties and states have significantly reduced the rate at which kids and teens are removed from their families and locked away in juvenile facilities over the last 20 years, young people across the country were still incarcerated more than 240,000 times in 2019, and racial disparities have hardly declined.

According to the 2019 “Census of Juveniles in Residential Placement,” Black youth were incarcerated post-adjudication at 3.6 times the rate of white youth.

This level of youth incarceration persists “despite overwhelming and ever-increasing evidence that incarceration is most often not an effective strategy for steering young people away from delinquent behavior or promoting their long-term wellbeing and success,” The Sentencing Project writes in a new report compiling updated data on youth incarceration, the harms it causes and exacerbates, its negative impact on public safety, and what states and local jurisdictions can do to further reduce the number of kids in confinement.

The report’s authors point to a number of studies examining youth recidivism, including a 2015 study showing that kids who were incarcerated as adolescents in Seattle were almost four times as likely as their peers to be locked up again as adults, even controlling for risk factors. A 2014 Ohio study showed that among kids found to have a low or moderate risk of recidivism, kids who were kept in their communities as part of a diversion initiative were one-tenth as likely to be re-incarcerated as their peers who were placed in juvenile lockup the first time.

Pretrial detention appears to further increase the probability of future confinement for kids who come into contact with the criminal legal system. In 2010, resesarch revealed that, among more than 23,000 young people in Arizona, being incarcerated while awaiting adjudication more than tripled the odds that youth would be incarcerated again later.

Research shows, too, that incarceration drastically reduces the likelihood that kids will complete high school, or even re-enroll in high school once they return to their communities. Not surprisingly, adults incarcerated as adolescents are also less likely to enroll in or complete college.

Juvenile facilities are often arenas for violence and abuse. Already traumatized youth have that trauma compounded, and administrators frequently fail to protect those who report their abusers.

A class-action lawsuit filed in August 2022, accuses LA County probations staff of sexually assaulting at least 70 girls in the county’s juvenile halls and camps from 1985 to 2019.

In a 2014 survey of youth released from lockup in Southern California, 77 percent of respondents said they had experienced one or more types of physical, sexual, or verbal abuse while locked up.

At the national level, the U.S. Bureau of Justice Statistics released a report in 2019, in which 7.1 percent of youth incarcerated nationwide reported that they were sexually victimized by staff or other kids during the previous 12 months.

Based on these statistics, it’s not surprising that incarceration has a detrimental effect on the mental and physical health of young people. In 2016, a study in Indiana found that juvenile justice system involvement was connected with a 48% higher chance of premature death, with Black youth experiencing even higher odds.

The Sentencing Project’s report also dives into the research about trauma and about young, still-developing brains, and the fact that youth largely age out of risky behaviors, and develop impulse control, the ability to resist peer pressure, and consider consequences.

Incarceration, studies show, impedes psychosocial growth. “Unfortunately, incarcerating adolescents impedes their ability to mature psychologically – exactly the opposite of what’s needed to foster positive behavior change and promote desistance from delinquency,” the report. “Studies find that youth who are incarcerated in correctional facilities develop psychosocial maturity at far slower rates than comparable peers who remain at home in the community.”

Kids should not, the report says, be incarcerated for low-level crimes, or for failing to follow the terms of their probation. Approximately 14 percent of youth in lockup nationwide are being held for technical probation violations.

States should employ monetary incentives for courts and law enforcement agencies to keep kids at home and out of lockup. Instances of misconduct should be handled outside the court and carceral system.

Diversion, the report says, should be used far more widely.

Additionally, jurisdictions should invest in community-based alternatives to incarceration that improve outcomes for kids while also saving the government money — strategies like offering wraparound services, with focused, individualized care plans, to kids and their families. One such program, Wraparound Milwaukee, works with 1,000 young people with serious psychological needs, 40 percent of whom have been convicted in juvenile court. The program has measurably improved kids’ mental health and school attendance, while reducing recidivism by more than half and saving Milwaukee millions of dollars that would have been spent on juvenile incarceration. The report also points to successful programs built around intensive family therapy and ones that employ “credible messengers” — adults previously involved in the criminal legal system — to serve as mentors to young people.

The declines in youth confinement over the last 20 years are “nowhere near sufficient,” according to The Sentencing Project.

Incarceration “damages young people’s health and harms their future progress in education and employment, and it does all this at enormous expense while offering no benefit for young people or their communities,” the report’s authors write. “Many programmatic and policy alternatives are available that cost less and achieve much more both in terms of reducing delinquent conduct and boosting youth success.”