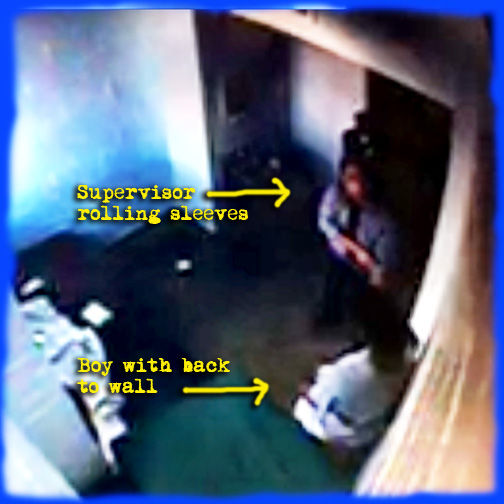 On Tuesday, the LA County Board of Supervisors voted unanimously to review three years of “critical incidents” that have taken place in the county’s juvenile halls and probation camps.

The Supervisors were alerted to allegations of probation staff abuse against kids within the county’s juvenile facilities after WitnessLA broke a story about an incident in April at a juvenile hall in Sylmar involving the alleged beating of a non-combative 17-year-old housed at the facility by four probation staff, while a fifth, a supervisor, watched. The beating incident was captured on video by a camera installed in the teen’s room.

Last week, WLA reported on a second alarming incident—this one at Central Juvenile Hall in May. A county employee witnessed a senior Detention Services Officer roughly handling a physically small 14-year-old who had already been restrained on the ground. When the boy said that the DSO was hurting him, the officer yanked the boy up by the back of his sweatshirt, reportedly causing the boy to choke. The teen retaliated by calling the DSO the N-word. According to the witness’s account, things spiraled from there.

With three juvenile halls and thirteen probation camps, Los Angeles County is home to the largest juvenile justice system in the nation. Ridley-Thomas says the reported staff abuses “underscore that more reforms are needed to protect young people and promote institutional accountability. The County’s response to these occurrences can be just as significant over time as the events themselves.”

Tuesday’s motion—which Supe. Ridley-Thomas read in during last week’s board meeting—directs the County CEO to coordinate with the interim Chief Probation Officer, Director of the Dept. of Mental Health, and the Director of the Dept. of Health Services, and return to the board in 45 days with a report that includes Probation’s policies and procedures for reporting incidents like the ones that occurred at the two juvenile halls, an exact definition of what constitutes a “critical incident” versus a “non-critical” incident (and how probation staff make that determination), whether the department’s policies and protocols address the underlying causes of the conflicts between kids and probation staff, and what kind of medical attention and trauma-informed care is provided to youth—both before and in response to an incident.

“Trauma-informed, timely responses that emphasize healing, coordination, and accountability should be the norm and the protocol, not the exception,” Ridley-Thomas said in the motion.

The motion also requests information on how internal investigations are handled and how staff are disciplined following critical and non-critical incidents.

Then, within 90 days, the county’s Auditor-Controller, in coordination with the Interim Chief Probation Officer, the Chief Executive Officer, the Chief Attorney of the Office of the Independent Monitor, the Director of the Office of Child Protection, and County Counsel will report back to the board with an analysis of three years of critical incidents that have occurred within the juvenile camps and halls.

“It is a priority of the Board of Supervisors that we do all that we can to make sure those who are in our custody and care are treated as they should be, consistent with the law, and with the basic principles and practices of decency,” Supervisor Ridley-Thomas said.