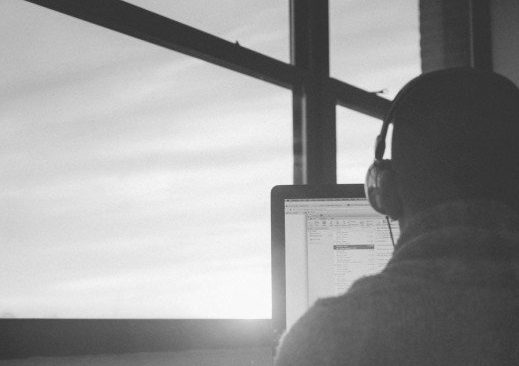 On Tuesday the LA County Board of Supervisors voted to send a formal, “five-signature letter” telling Sheriff Jim McDonnell to stop ASAP with his plans to “roll-out” the installation of audio-video recording devices for satellite lock-up facilities inside the county’s various criminal courthouses—devices that could also be accidentally used by the Los Angeles Police Department, the LASD, along with eager prosecutors to record inmates’ private conversations with their attorneys.

In fact, according to acting head Public Defender, Nicole Davis Tinkham, that sort of accidental and quite illegal recording has already occurred.

The letter, initially proposed by Supervisor Sheila Kuehl, explains the board’s “significant concerns” that, because attorney/client communications “regularly occur in these areas,” adding audio recording capabilities to the already existing video recording devices in the lock-up areas of the courthouses, could easily compromise defense attorneys’ ability to “confidentially communicate” with their clients.

“We trust that the LASD will agree with the concern created by this practice and act swiftly to halt it,” the letter concludes curtly. “Please inform us of the LASD’s efforts in this regard as soon as possible.”

The genesis of the board’s letter approved on Tuesday occurred this past summer when an assistant public defender happened to discover that a recording operation was underway in Clara Shortridge Foltz Criminal Justice Center—a.k.a. LA’s main downtown criminal court.  Specifically an audio recording set up was inserted in the attorney conference room where lawyers meet with their clients, supposedly in complete privacy. The defense attorney who discovered the existence of the recording and the equipment, reported the matter to acting head Public Defender Tinkham, who immediately launched an investigation into what members of which agency had authorized this electronic eavesdropping, which was, in turn, producing audio records of the legally sacrosanct conversations between lawyers and those whom they are defending.

Tinkham also notified the board of supervisors  what her PD, a veteran defense attorney named Tiffiny Blacknell, had discovered.

“Informally we have been told LASD regularly conducts these ‘Perkins’ recording operations in any facility they deem to be a custody facility,” Tinkham wrote in a private memo, “including courthouse facilities,” and, even more incredibly, at least one attorney conference room.

Tinkham said she didn’t yet know the “scope” of all this recording, but that she intended to find out.

Perkins recordings, we have recently learned,  are named for the 1990 U.S. Supreme Court ruling of Illinois v. Perkins.

Mr. Perkins, it seems, freely confessed that he had committed a murder to an undercover police officer who was posing as another inmate in his cell.

Perkins’ attorney argued that the undercover cop had violated his client’s’ Miranda rights, with the ruse and the recording. The court ruled, however, that conversations between suspects and undercover police are not afforded Miranda protection since such conversations are not done in a “police-dominated atmosphere.” Thus suspects do not generally feel the same kind of pressure or coercion, which they might under formal interrogation by officers or prosecutors.

But the problem Tinkham was flagging had nothing to do with undercover cops,  or Miranda rights,  but concerned recordings that were going on in the space specifically set aside for attorney client conferences.

“We firmly believe recording our attorney-client communications is in violation of the law,” Tinkham concluded in her memo, adding that, once she had enough details, she would be back to the board with further updates.

On Sept. 5, as promised, Tinkham sent a second private memo to the Supes (which WLA has obtained, along with the earlier, July 18 memo).

An “unacceptable breach” and more

In the new memo, Tinkham was even more troubled by what she and her team had uncovered, and more adamant that the recording operations in the attorney conference rooms were an “an unacceptable breach of the fundamental protections surrounding the attorney-client privilege.”

Further investigation had revealed that the July 3 recording operation discovered by assistant PD Blacknell, had been set up at the direction of some Los Angeles Police Department investigators, at the behest of a prosecutor from the LA District Attorney’s Office. The placement of the recorders was reportedly okayed and physically accomplished by an LA Sheriff’s Department custody sergeant—all without any further approval of LASD higher-ups. Another recording device outside courtroom in area where attorneys and clients frequently talk, courtesy of PD Tinkham’s PowerPoint

The idea of the set up was to record three suspects talking to one another. Instead, it also apparently recorded an attorney-client conference.

Unfortunately, that accidental recording was far from the end of it.

Tinkham additionally discovered that there have been 19 such recording operations in the downtown criminal courts building in the last five years, all of them requested by members of the LAPD, and accomplished by the sheriff’s department, and all of them entirely unknown to the PD’s office—until now.

Furthermore, Tinkham found that such “recording operations” weren’t limited to the main Clara Shortridge Foltz criminal court building, but had occurred throughout the county’s criminal court system “for many years,” including in the courtroom lockup facilities “where defense attorneys regularly communicate offers to clients in custody.”

Discovering the degree to which, the sheriff’s department had set up potentially compromising eavesdropping for the LAPD and others, Tinkham said, has caused her to “question the protections in place for other communication tools used by defense lawyers,” and overseen by the sheriff’s department, like, say, phone calls with clients.

Tinkham, who herself is a former prosecutor, pointed to the still ongoing scandal in Orange County, which began after the OC Public Defender’s Office discovered that Global Tel Link Corp—the company which has the payphone contract for the jails in both Orange County and LA County—had recorded more than 1000 calls between OC defense attorneys and their clients.

GTL blamed their huge batch of illegal recordings on a “glitch” and/or human error. However the glitch explanation grew much less comforting when it turned out that 58 of those recordings were accessed by the OC Sheriff Department or phone company investigators—or both—87 times.  Yet with all that accessing somehow no one thought to mention the fact that they were downloading and presumably listening to conversations that, legally, were meant to be confidential.

Even more damning, some of those 58 accessed “glitch” recordings were shared with other local police as well.

She has directed her “appellate team to keep track of the litigation against GTL by the OC PD,” Tinkham wrote grimly.

And, in addition to making sure all of her defense team’s telephone numbers are registered in the GTL database, the head PD said, her office was pressing GTL to make triple sure “there were no recording glitches” in their LA County system.

Tinkham will be replaced later this month by, Ricardo Garcia, the newly chosen  permanent head of the nation’s oldest public defender’s office.

As WLA reported earlier this year, with no public defense experience, Tinkham was a very controversial figure when first selected. But, in the matter of these troubling jail recordings, and other issues,  she has fought for her rank and file admirably, including pressing Sheriff McDonnell, as the LA Times editorial board noted, not to launch any recording initiatives without an okay from someone on LASD’s command staff, and to do no recording at all in the attorney conference rooms without a court order.

The Supervisors, however, felt it was necessary to take the matter still further.

It should be said here, that the board cannot legally order McDonnell to stop adding any kind of sound recording to the existing video monitors in the county’s “satellite lock-up facilities.” Still, at Tuesday’s meeting, before unanimously voting to send their letter to the sheriff asking him very nicely, but very firmly to trash the audio additions, several board members had a discussion on the matter with the sheriff’s two representatives, Chief of Staff Warren Asmus, and  Court Services Chief Maria Gutierrez, and made their feelings extremely clear.

The  issue of “eavesdropping, inadvertent or not, on attorney-client communications” was something the board found “disturbing,” said Sheila Kuehl to Asmus.   The follow-up was even more disturbing, she said, because it indicated  areas in the court and court lock-up that would cease to be private with the addition of audio as well as video recording.

At the meeting, the still fired-up and very articulate Tinkham briefed the board with an instructive show-and-tell presentation featuring photos showing what the attorney rooms looked like, and where the recording devices had been placed, or were designated for placement, including the hallway between the inmate lock-up section, and the door to the court, where attorneys and clients frequently have last minute chats, especially at such times as when a plea deal is being offered, and a decision must be made quickly.  [See earlier photo.]

“I’m pleased to hear that Sheriff McDonnell understands the gravity of the issue,” Supervisor Mark Ridley-Thomas said shortly before the vote, and after the two representatives from the LA County Sheriff Department spoke, assuring the board that the sheriff was taking the matter seriously.

“More to the point,” MRT added, it was good that McDonnell understood “that the board itself cannot ignore this matter that has come to the public’s attention.”

It’s worth repeating, he said finally, “that confidentiality is one of the pillars of the attorney-client relationship—clients, in this instance, who are simply vulnerable.  It’s not our role to compound their vulnerability by violating their rights.”  So, “if there’s been an abridgment [of clients’ rights], we have an obligation to correct it.”

We’ll continued to track this issue so, as always….stay tuned.