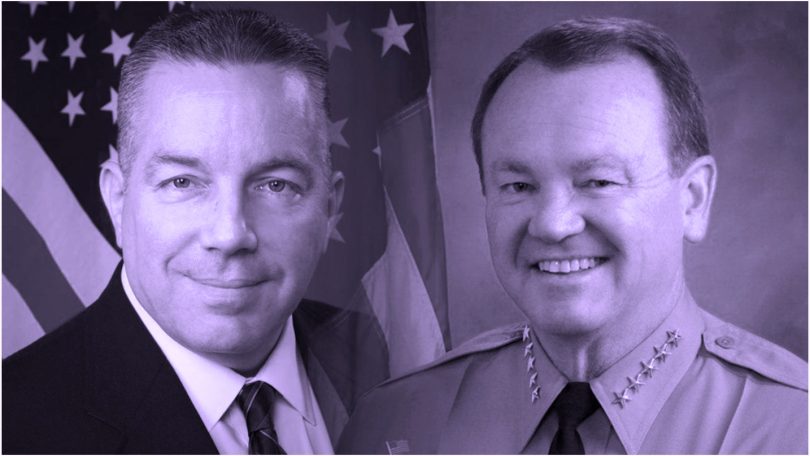 With just under 261,000 ballots that still need to be counted, retired LA County Sheriff’s lieutenant and political dark horse Alex Villanueva continues to do what was once thought impossible.

When vote totals were previously announced on Friday of last week, Villanueva, the once unlikely challenger in the race for the office of Los Angeles County Sheriff, had widened his lead over incumbent sheriff Jim McDonnell to 57,810 votes.

But when the new count was announced late today, Villanueva had blown past those old totals to lead his rival by 86,920 votes, nearly 30,000 more than the last tally.

On Friday of last week, Villanueva declared the race over, saying he and his team had crunched numbers and did not believe that McDonnell still could win.

Today, however, the head of the world’s largest sheriff told ABC7 news that he is “hopeful and optimistic.” McDonnell also pointed out that there were still several hundred thousand votes remaining to be counted.

“I owe it to the [people] who voted for me to follow this thru to the end,” McDonnell tweeted Tuesday night.   “It would be irresponsible for me to concede at this time & abdicate my responsibilities while in a federal disaster declaration & facing mudslides. There’s a lot more to being sheriff than just running for sheriff.”