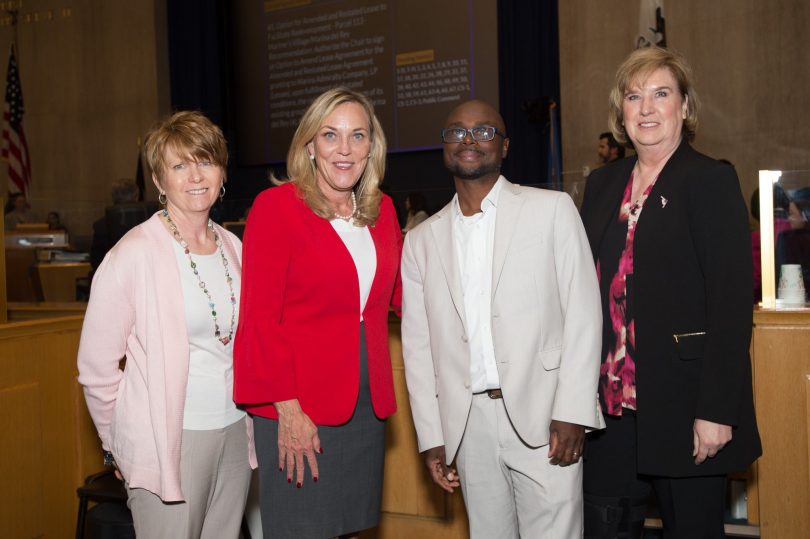 On Tuesday, the Los Angeles County Board of Supervisors unanimously voted in favor of a motion to repurpose a Lancaster probation camp into a residential job training center for young people between the ages of 18 and 25.

The program at the Challenger Memorial Youth Center will include housing, vocational training, and job placement with partner organizations in the area, as well as programs to help with conflict management, family reunification, parenting skills, mentoring, and other tools to support participants through their young adulthood. Community partners and nonprofits like the Anti-Recidivism Coalition and Valley Youthbuild will partner with the city and county on the pilot program. Other partners include Antelope Valley College, the University of the Antelope Valley, LA County Building and Construction Trades Council, the Army National Guard, Northrop Gruman, and more.

Challenger is not the first LA County probation camp that will be transformed into a “Residential Vocational Training” (RVT) facility, however. As juvenile incarceration rates have dropped, the county has worked to close probation camps that are no longer needed.

“In 2016, it was reported that the rate of foster youth within the county as a whole was 14.6 percent, or about one in seven” kids, said Supervisor Kathryn Barger, who authored Tuesday’s motion. “In the Antelope Valley, the rate was just over 20 percent–the highest in the county. Within the Antelope Valley, county probation is currently supervising nearly 300 youth at their camps and halls. These are not just numbers. They are young people who are trying to find their way in the world–many of them with no guidance or support.”

The age group of young people the vocational program will serve are particularly vulnerable to housing and job insecurity. The barriers to housing and employment security grow larger for foster youth and those who have been involved in the juvenile and criminal justice systems. Half of all young adults who age out of the foster care system end up homeless or incarcerated.

“This pilot program will serve to maximize opportunities for success for a population that has historically fallen through the cracks,” Supervisor Barger said in her motion.

The motion directs the county Probation Department and the CEO’s Office to meet with other relevant county departments and agencies, as well as community partners, and return to the board in 180 days with a plan for funding and implementing the proposed pilot program.

Representatives from local orgs, businesses, and schools expected to partner on the program, spoke out in support of the motion at Tuesday’s meeting, including Cathy Hart, Dean of Extended Learning at Antelope Valley College.

Julio Marcial, Director of Youth Justice at Liberty Hill Foundation, and a member of the Los Angeles Commission on Children and Families voiced his support of the motion. “I believe it is time that we close Camp Challenger, the largest youth detention facility in Los Angeles County, and one of the largest in the country,” Marcial said. “It’s time to shift our thinking and our tax dollars from punishment to prevention.”

One young man who said that he served a “dehumanizing” 18 months in Challenger around 2009, said he was happy to know that the “gladiator school” would now “be used to actually serve the needs of these individuals that are often ignored and forgotten once they reach the age of 18.”

The Youth Justice Coalition’s Kim McGill said her organization favored “closing youth prisons,” but urged the supervisors to first hold community hearings to learn from youth and families which community needs the new facility should meet. McGill also called for an environmental study of the facility citing problems that Challenger and the proposed Mira Loma women’s jail sites have with valley fever.

A young man named Paul with Youth Justice Coalition urged the supes to put the money into existing community programs, rather than into revamping a probation camp. “I wouldn’t want to get resources from a lockup,” Paul said. “You can clean it up, paint it, put flowers on it–doesn’t matter.”

Other meeting attendees complained about the proposed training center being located in Lancaster, rather than a more centrally located area within the county. The other soon-to-be vocational training hub, Camp Gonzales, is in Calabasas, on the western edge of the county.