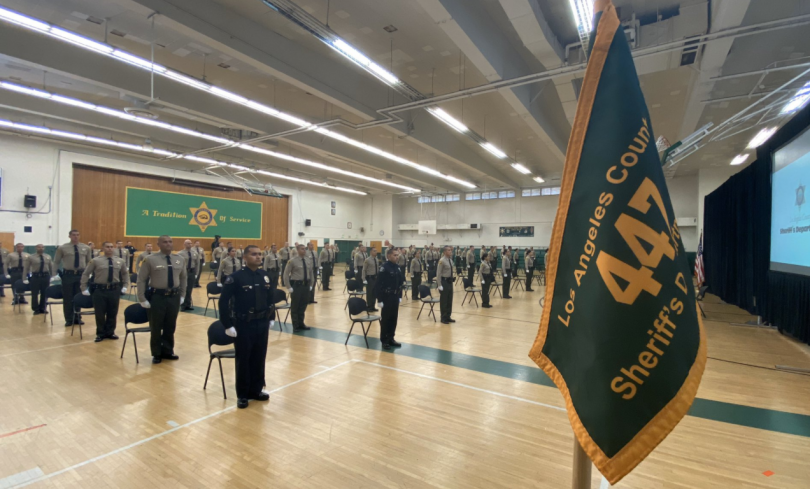 As California’s 2021 legislative session kicks off this month, lawmakers are beginning to introduce important criminal justice bills. In some cases, legislators are actually reintroducing bills that fell victim to a legislative pipeline jammed by pandemic-related delays during the last session.

AB 89, The Peace officer Education and Age Conditions for Employment (PEACE) Act, would require law enforcement recruits to either be 25 years — 7 years older than the current minimum age of 18 — or to have at least a bachelor’s degree.

The hope is that by increasing the minimum age of new police officers, there will be fewer incidents of impulsive and excessive force in communities, as well as fewer lawsuit payouts.

“Excessive force at the hands of law enforcement that leads to grave injury or death not only tears apart families and communities but erodes trust in law enforcement,” said Jones-Sawyer. “My community, like many others is all too familiar with police violence and physical force.”

In 2008, a study of the Riverside County Sheriff’s Department found that age and education were the main determining factors behind an officer’s likelihood of using force during interactions with civilians. A year earlier, another study suggested that officers who had attended college were less likely to use force than their counterparts who just had high school diplomas.

A third study found that officers who attended college did better in the police academy, had fewer accidents and disciplinary issues, missed less work, and were assaulted less often than their peers without higher education.

“This data-driven bill relies on years of study and new understandings of brain development to ensure that only those officers capable of high level decision-making and judgment in tense situations are entrusted with working in our communities and correctional facilities,” said Assemblymember Jones-Sawyer.”

“The evidence is clear — the prefrontal cortex of the brain is not fully developed until age 25,” said Esteban Nuñez, Director of Advocacy at the Anti-Recidivism Coalition (ARC). “It is with similar logic that youth must be treated as youth by our criminal justice system.”

“Cities and counties are routinely required to reach into their general funds to pay for acts of excessive force committed by police officers and corrections officers,” said Assemblymember Jones-Sawyer. “It is imperative that we be good stewards of public dollars, especially during the current pandemic when local government budgets cannot sustain even basic services for residents. This bill will reduce the need to dip into city general funds and protect Californians statewide, all by simply increasing the minimum standards for becoming a peace officer.”

SB 776, which was heavily opposed by law enforcement lobbies, fell victim to a missed deadline for a vote in the Senate before the end of the legislative session, after the pandemic effectively shut down the state legislature twice.

Its predecessor, SB 1421, made records related to police misconduct and serious and fatal uses of force available to the media and the public via California Public Records Act requests.

SB 1421 granted the public access to personnel records of officers found to have been dishonest in the “reporting, investigation, or prosecution of a crime.”

Until last year, even prosecutors had been barred from accessing personnel records that may have impacted their cases, even for officers with a history of lying in police reports or planting evidence.

Law enforcement agencies are now also required to release records of incidents in which officers use certain kinds of force – including when cops discharge their firearms or Tasers, use a weapon to strike a person’s head or neck, or use force that results in serious bodily harm or death.

Prior to January 2019, state law ensured that these police personnel records remained private.

Skinner’s newly reintroduced bill would expand access by allowing the public to access files related to officers engaging in biased or discriminatory behavior on the job.

“Communities deserve tools to hold law enforcement accountable. Expanding and strengthening access to police records is one such tool,” Sen. Skinner said. “This legislation also shines a light on officers who have a history of racist, discriminatory, or abusive behavior.”

If passed, the proposed SB 16 would get rid of the “requirement that a complaint relating to sexual assault or dishonesty be found to be sustained following an investigation in order to be subject to disclosure.”

Additionally, Skinner’s bill seeks to create civil penalties for jurisdictions that choose not to release records in a timely fashion, in response to agencies and local governments dragging their feet, shredding documents, otherwise trying to circumvent the law.

For law enforcement agencies that refused to turn over requested records within 30 days, a $1,000-per-day civil fine would also be imposed under SB 16.

Agencies would also only be able to charge for the cost of duplicating records. (Some departments have tried to charge outsized fees to journalists and members of the public requesting documents.)

“Hiding officer misconduct is not good for anyone. It undermines the public’s trust and gives cover to officers who may be unfit for the job,” Skinner added. “By adding sunshine, this legislation will help restore community trust.”

A related and similarly refreshed bill, SB 2, by Senator Steven Bradford (D-Gardena), would grant CA justice officials the power to decertify law enforcement officers fired for misconduct or convicted of certain crimes “against public justice,” including falsification of records, bribery, or perjury. In this way, the bill would stop those officers from being able to jump to a new city and a new job in law enforcement.

“The time is now to pass meaningful and common-sense police reform,” said Sen. Bradford. “California is able to revoke the certification or licenses of bad doctors, lawyers, teachers, and even barbers, but is unable to decertify police officers who have broken the law and violated the public trust. It’s time for California to join the majority of the nation and create a process to decertify bad officers.”

California is just one of five states that do not have a decertification system in place.

Protecting Protesters and Press by Creating Standards for “Less-Lethal” Force

Assemblywoman Lorena Gonzalez (D-San Diego) has reintroduced another bill prompted by police agencies’ aggressive response to protests over the deaths of Black people during encounters with (and in the custody of) law enforcement.